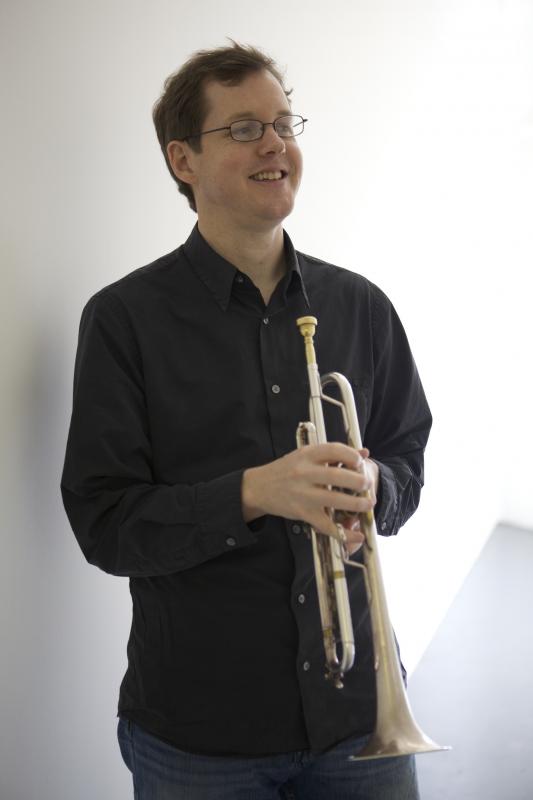 Meet Erik Jekabson: Erik Jekabson is a freelance trumpet player, composer and educator who has recorded or performed with Illinois Jacquet, the Woody Herman Big Band, John Mayer, Galactic, Mark Turner, Brian Blade, and Nicholas Payton, among others. He has a Bachelor's of Music from Oberlin Conservatory of Music and a Master's of Music from the San Francisco Conservatory of Music. Erik has two solo albums out: Intersection, which was recorded in New York and released in the fall of 2003 on the Fresh Sound/New Talent label, and Crescent Boulevard, which was recorded in July of 2009 in Berkeley and released on his own Jekab's Music label.

Recordings of two other projects that he produced, Vista: the Arrival and New World Funk Ensemble are also widely available.

Erik has recorded as a sideman on over 25 other jazz recordings, as well as recording on movie and video game soundtracks, and has self-published 32 Jazz Duets for Trumpet: Beginning, Intermediate and Advanced.

I knew I wanted to be a musician when... I heard the older members of the Berkeley High School Jazz Combo performing together.

Your teaching approach: For younger students, make it fun! For older students, find the area that needs the most work and tackle it head on.

How to build the dream band: find lots of gigs that pay lots of $.

Pete's Candy Store in Williamsburg was fun—I played there regularly with the Howard Fishman Quartet.

Your favorite recording in your discography and why? I like my new CD, Crescent Boulevard. I'm playing the trumpet technically better, and I think I've developed my own concept as far as the approach to the tunes.

The first Jazz album I bought was: A tape—a Miles Davis compilation with "Little Melonae," "Devil May Care," "On Green Dolphin St.," and other Columbia recordings.

What do you think is the most important thing you are contributing musically? I'm trying to play the melodies I'm hearing in my head, and have the melodies unfold with a certain logic.

Radiohead, Hail to the Thief (EMI).

How would you describe the state of jazz today? There are a lot of great players, and not a ton of gigs. Hopefully there will be more venues and support for the music as these great young players continue to appear.

What are some of the essential requirements to keep jazz alive and growing? Education. Help people understand the basics of jazz- how musicians improvise etc.

What is in the near future? I've just released a new CD so will be playing some concerts in the Bay Area this fall to promote it. Also, I'll be working on another book of jazz duets, a teaching tool.

If I weren't a jazz musician, I would be a: Professional Baseball player.