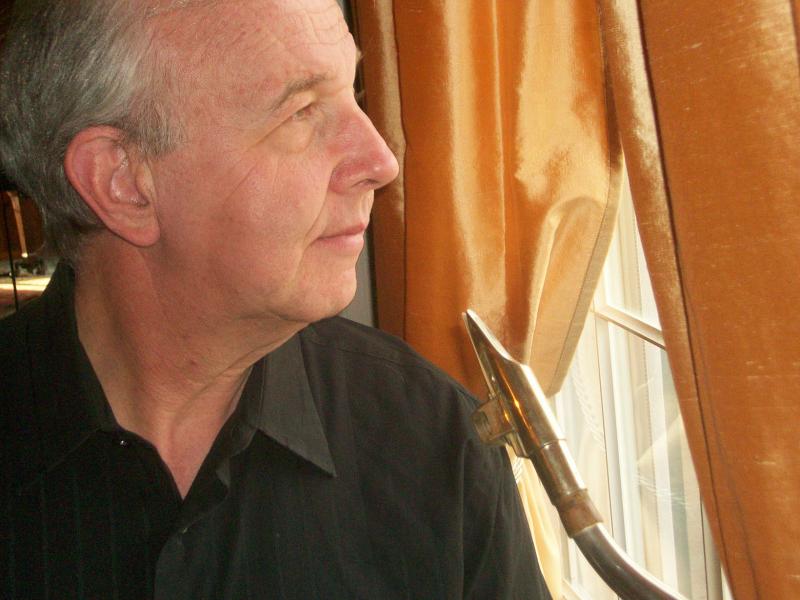 Dave Schiff, a 20 year veteran of the Navy Band Jazz Ensemble "The Commodores," is a powerful and versatile woodwind jazz instrumentalist who has traveled the world working with top entertainers and jazz legends such as Thad Jones/Mel Lewis Orchestra, Don Menza, and Dizzy Gillespie.

Smooth jazz, straight ahead, funk... you name it... Dave can play it.

His expertise on all woodwinds has given him the opportunity to back great acts all over the country, including performers such as Barry Manilow, Tony Bennett, Frank Sinatra Jr., Natalie Cole, and many more. When Dave is not on tour, he usually finds himself in the Theatres in the Philadelphia area playing Broadway shows.

Dave performs at jazz festivals and is an active clinician, working with young musicians in high schools and colleges. His passion for working with young people is credited to his father, Hal Schiff, who had a profound influence on many young musicians while an educator and district coordinator of music in the Brandywine School District in Delaware.

Teachers and/or influences? Throughout my career I've had the opportunity to study under jazz greats such as Pepper Adams, Don Menza, Boysie Lowrey (composition) and Roland Hanna.

Also, as a young teen, my dad would put me on the train to New York City to go study improvisation with Pepper Adams. When I was 16, the day came when Pepper told me I was ready and asked me to play with the Thad Jones/Mel Lewis Band at the Village Vanguard. I was scared...

I knew I wanted to be a musician when... my father said, "Here—here's a clarinet. You will like it." And I did.

Your sound and approach to music: I play all the woodwinds and am trained across a wide range of styles. Centered in jazz, I love mixing styles and approaches. But no matter what instruments or style I'm playing, I approach it with a full-bodied expressiveness that is frequently high energy.

Road story: Your best or worst experience: Anything can happen when you're on the road. You meet great people and share music. And you never know who you're going to meet, especially in the green room in Vegas. I've met entertainers such as Rich Little, Eddie Mekka (who played Carmine Ragusa on Lavern and Shirley), and Steve Rossi, half of the Allen and Rossi comedy team.

During a tour in South America, Antonio Carlos Jobim came to a concert. Afterwards we were invited to his home where we jammed with the Latin music master.

And then there are the stories you can't tell... what happens on the road stays on the road.

I always love playing Vegas. The energy of a Vegas show just has no equal. Small jazz rooms are great too because they allow for a special spontaneous interaction between performers, and allow a strong connection to develop between performers and the audience.

Your favorite recording in your discography and why? I love "Rio Nights" on the new Schiff Brothers' Express album. It reminds me so much of my time in Rio, on Ipanema Beach. I just envision the stars in the sky and it brings back wonderful memories of the people and music.

I also love "When Kingdom Comes," also on Express, because it's about my Dad and his influence on so many young musicians, including my brother and me.

I also love the alto solo I did in the tune "Starless" on the Rocket Scientists' album, Hommage Symphonique. I had the opportunity to integrate jazz and prog.

The first Jazz album I bought was: Sonny Rollins' Sonny's Time." Rollins was one of my early influences. His were the first improvised solos that I transcribed.

What do you think is the most important thing you are contributing musically? I hope I'm not just helping keep the alive, but also helping to move it forward. This recent album, Express, is a whole new fusion of styles and approaches. When I previewed it to friends and asked them to define the style, they couldn't.

I was lucky enough to be involved in jazz workshops as as young musician, and have the guidance of some of the jazz greats. I have a picture on my studio wall of Pepper Adams, Sir Roland Hannah, Wayne Andre, my brother Don, and me on stage. While I was already off playing professionally in the Navy Show Band, I had returned home to help with the jazz workshop, which my father had been responsible for starting. Each year, beginning in my early teens, during those two week-long workshops, these jazz greats, including Thad Jones, Mel Lewis and Bobby Timmons were staying at my house, and I would stay up all night listening to their stories.

How would you describe the state of jazz today? Diverse. It's going in a lot of directions, which is good. Jazz is about exploration and looking forward.

What are some of the essential requirements to keep jazz alive and growing? Jazz has so much to offer. But the venues for jazz are shrinking. I think club owners underestimate its far reaching appeal. But ultimately, high schools and colleges need the resources to do more creative music making, something moves beyond musical imitation, challenging students to be the creators of music.

What is in the near future? Getting Schiff Brother—Express out there is first on the list. Along with that we're looking for touring and jazz festival opportunities. I have two other projects simmering on the back burner: one with a friend who is a keyboard play—my wife calls him the Robin Williams of the keyboard—the other is with my wife, who is also a musician.

If I weren't a jazz musician, I would be a: dead man. Really. I was raised to play music—jazz in particular. But, then again, I love working with my hands. I got that from my Grandfather.