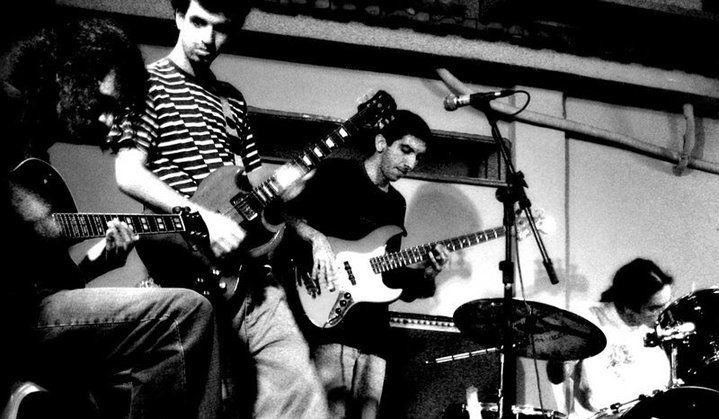 view slideshow
By DANIEL VILLA VERDE
November 17, 2013
Sign in to view read count
Meet Daniel Villa Verde:
In 2002, Daniel Villa Verde started to work as a guitar teacher, focusing on technique, harmony, and improvisation. He worked with local musicians in Rio De Janiero with jazz and fusion concerts from 2004 to 2007. He joined the Federal College University in Rio during 2005 and studied two and a half years until the middle of 2007. After Rio, he moved to Florianopolis—Southern Brazil— where he had the opportunity to be among music therapist, which added to his informal training durish professional path. In 2007, he was presented to present his work as a solo acoustic guitarist in another country. He went to Quilpue and Valparaiso, Chile and played in the World Music Festival at Sala Ruben Dario and Quilpue Venical Theatre Festival. Both festivals took place during the second half of 2007. On these occasions the local radio station played his music throughout the country. While in Chile, Villa Verde lived with artist and worked with the Casona Campbell Cultural Center. From 2008 to 2010, Daniel Villa Verde traveled throughout Brazil along with visual artist and companion Julie Kolker. They focused on music and ecology—music in eco-villages and communities. During this period he exchanged musical experiences in communities like Terra Una. With little musical interlude to accompany his partner's pregnancy and the birth of his first son, Jaoa Da Terra, Villa Verda returned to the scene in the second half of 2011. He joined drummer Antonio Neves, bassist Marcelo Muller, clarinetist Aline Goncalves, and Johanna Weglinksy in order to rehearse and record his first album An Atom of Antares.

I knew I wanted to be a musician when...
I started playing guitar at 11.

Your sound and approach to music:
Harmony liberty.

Your teaching approach:
Explore what is on your mind and heart in order bring it to the reality.

Your dream band:
No one else but the same guys who worked with me in the recordings of the An Atom of Antares project.

Road story: Your best or worst experience:
The worst was when I participated in a jam project in Salvador, Brazil. The gig was playing and in two themes I was the sub for the guitarist, but the guitar was giving me electro shocks.

The best was playing by myself in a very good theater with very nice sound and equipment. It was the first time playing my original music in another country.

Your favorite recording in your discography and why?
"Gruta Abissal" because of the bass solo.

The first Jazz album I bought was:
Dave Brubeck's Time Out (Columbia, 1959).

What do you think is the most important thing you are contributing musically?
I got wasted with all the music rules we need to follow all the time, so I went to the road without my guitar and worked as a farmer for a whole year. When I returned to the music life I was totally changed and wanted to do something different. My old guitar—the same I used for my recording session—was totally out of tune and it was then when I realized that time and the power of the sun is able to create new tunings. You just have to adjust it.

Did you know...
I gave up music as my line of work for a year and started playing only African percussion.

CDs you are listening to now:
Yemen Blues.

How would you describe the state of jazz today?
Changing all the time, as improvisation does.

What are some of the essential requirements to keep jazz alive and growing?
Changes and the incorporation of new components.

What is in the near future?
An Atom of Antares is the project's name and so it will keep going. The direction will be somewhere between jazz, the African percussion, and myself. For the next year, my intentions is to play the songs I recorded some things.

What's your greatest fear when you perform?
Not to listening to the band properly.

What song would you like played at your funeral?
Nothing, just pure silence.

What is your favorite song to whistle or sing in the shower?
Anything I would think of during shower time; but always something from inside.