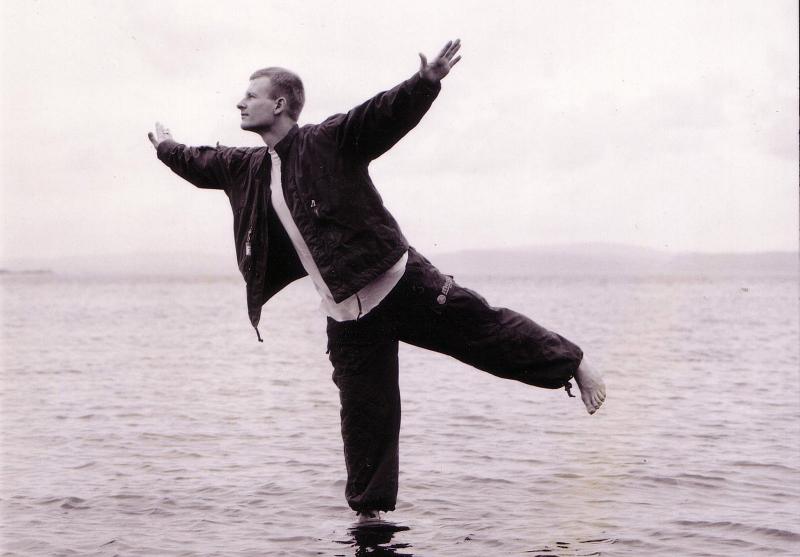 view slideshow
By CHRISTIAN GRIMSHEI
August 6, 2011
Sign in to view read count
Meet Christian Grimshei:
I started out as a techno DJ in the '90s. I worked on several projects with Erik Hillestad from Kirkelig Kulturverksted (KKV) in Norway, including Acid Queen: Tranzania (1997). Then I got very sick and didn't make music for 10 years. I studied the history of music during this time. I then stated the label Rabiangrecords.com, which is for electronic music with jazz and classical influences.

I knew I wanted to be a musician when...
I could create a whole song with my own sounds without playing everything perfectly myself. I guess I was around 20 years at the time. We used a build in sequencer on a Ensoniq workstation. People had just started using Cubase etc, but it was not well-known.

Your sound and approach to music:
Any tone and any instrument is ok to use at any time. The only thing that matters is if it sounds good.

Road story: Your best or worst experience:
Oh dear, where to start. Best: Performing at the opening show for NRK2 in Norway. Worst: Renting a huge sound system for a gig worth at least $100 000. Due to a disagreement about transportation the set was left outside without my knowledge after the gig. Some elements were destroyed. Six months later the sound system owner came to us with two "muscle men" and a big van. We had to agree to pay a very large sum in cash...and very soon.

Your favorite recording in your discography and why?
Peter's Sunrise: Peter's Sunrise (album). It's a really good album because it has both great melodies and interesting sounds. There is no attempt to fit a certain genre, it's just about creating songs.

The first Jazz album I bought was:
Probably some Chet Baker album.

What do you think is the most important thing you are contributing musically?
Experimentation crossing borders and cultures.

Did you know...
I have a written some books and was about to finish my education to become a psychologist. During the last term I got very sick and didn't make music or work for 10 years.

CDs you are listening to now:
Local Thai artists, Nat King Cole, The Mad Pride, on Reverbnation.com, Adrienne Osborn, her own songs not yet published

How would you describe the state of jazz today?
A burnt out war zone with a few surviving guerrilla warriors.

What are some of the essential requirements to keep jazz alive and growing?
I'm trying to figure this out myself. It probably has something to do with Live work, Renewing band constellations, and adjusting to the new media realities.

What is in the near future?
Producing Adrienne Osborn's first solo album. Promoting Peter's Sunrise. Finishing my own solo album.

If I weren't a jazz musician, I would be a:
psychologist or journalist.