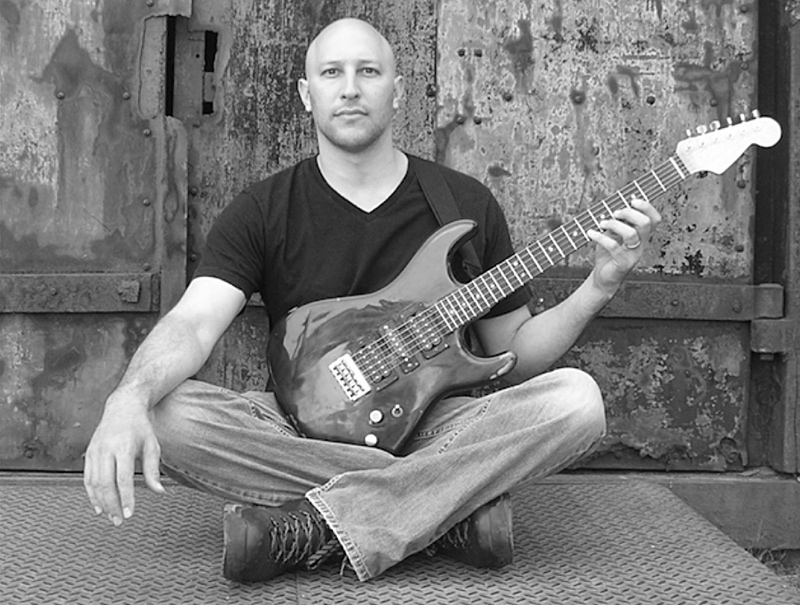 By BRIAN KASTAN
March 8, 2017
Sign in to view read count
About Brian Kastan
Brian Kastan plays electric/acoustic guitar, electric bass, and composes soundtracks for T.V. and Film. He played guitar on Rhys Chatham's A Crimson Grail (Nonsuch Records, 2010) which was recorded live at Lincoln Center. is an award winning nature photographer with gallery shows in NYC, Europe and Asia. He holds a Bachelor's degree in both Jazz Performance and Psychology from Suny New Paltz, a Masters Degree in Music from Brooklyn College, Brian is a Certified Clinical Hypnotist, and has co-authored a book called Target Talking with wife and artist Maria Hartmann Kastan.

I knew I wanted to be a musician when...
I saw Iron Maiden play at Madison Square Garden in 1985.

Your sound and approach to music.
When I am playing jazz or improvisational music my goal is to mix up jazz, blues, funk, rock and anything in between for unlimited expression.

Your favorite recording in your discography and why?
Roll the Dice on Life is my favorite album I recorded because the recording shows my latest new rhythmic vocabulary.

What do you think is the most important thing you are contributing musically?
My sense of composition and improvisation.

Did you know...
I like to take to play outside the box.

The first jazz album I bought was:
Wes Montgomery Smoking at the Half Note.

Music you are listening to now:
John Scofield, Wayne Krantz, Bela Fleck and the Flecktones, Vic Juris, and Pat Metheny.

What are some of the essential requirements to keep jazz alive and growing?
Education in public schools and on T.V.

What is in the near future?
NYC clubs dates along with a European and Asia Tour.

What is your greatest fear when you perform?
Messing up the melody.

What song would you like played at your funeral?
New Orleans music that's sets my spirit free.

Why do I play music?
I play music because I want to live and improvise in the present moment.

If I weren't a jazz musician, I would be a:
A nature photographer.