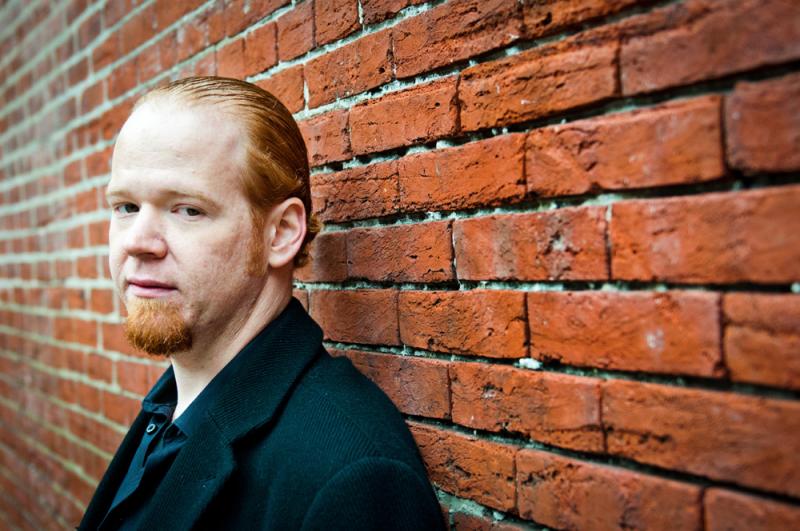 By BEHN GILLECE
December 4, 2013
Sign in to view read count
Meet Behn Gillece:
Vibraphonist Behn Gillece began his musical training during his teenage years. Gillece began his studies in percussion while maintaining an interest in jazz. Inspired by greats like Milt Jackson and Bobby Hutcherson, Gillece decided to make a commitment to vibraphone and composition. As a New Jersey native, Behn Gillece performed regularly in his home state and Philadelphia before moving to New York in 2008.

Since 2006, Gillece has made a name for himself on the New York jazz scene as a sought after sideman and leade and /co-leader. His most notable work has been co- leading a band with saxophonist Ken Fowser. The two have four critically acclaimed albums on the Posi-Tone label. Top Shelf (Posi-Tone, 2013)—their recent release—features original music that they have been performing over the past few years in venues located in New York, New Jersey, and Philadelphia. The new album enlists the support of some of today's top musicians including trombonist Michael Dease, pianist Steve Einerson, bassist Dezron Douglas, and drummer Rodney Green. Their previous recordings with Posi-Tone have been well received by critics and have enjoyed extensive radio play.

Behn Gillece has had the opportunity to perform his music throughout the country. Notable venues include the Lincoln Center, Kennedy Center, Kimmel Center, Smalls, Smoke, Fat Cat, Yohsi's, Chris' Jazz Café, and many others. Gillece has also appeared at jazz and music festivals worldwide including North Sea, Montreux, Nice, Molde, Ghent, Montreal, and Toronto.

As a recording artist, the vibraphonist has appeared as co-leader or a sideman on 20+ recordings and continues to tirelessly compose for new projects. As an educator, Gillece has been invited to colleges and universities throughout the area for clinics and master classes. He has prepared over 200+ lessons for online instruction via vibesworkshop.com, where students around the world study his lessons.

In the spring of 2008, Gillece finished his Master's degree at SUNY Purchase College. Some of Gillece's awards and honors include winning the 2008 Jazz Improvisation Competition at the Percussive Arts Society International Convention, participation in the 2009 Betty Carter Jazz Ahead residency, and winning the Generations Competition in 2009.

Teachers and/or influences?
Too many influences to name, but some of my biggest vibraphone and composers influences are Milt Jackson, Bobby Hutcherson, Cedar Walton, McCoy Tyner, and Great American Songbook composers like the Gershwin brothers (George Gershwin and Ira Gershwin), Cole Porter, Richard Rodgers, and Lorenz Hart. I also derive a lot of influence from Brazilian composers like Ary Barroso and Antonio Carlos Jobim.

I knew I wanted to be a musician when...
When I played my first gig with my high school teacher. It was a cool feeling! I knew from that evening that I liked the musician lifestyle.

Your sound and approach to music:
I try to approach music with melodic honesty and feeling. I like to look at ensembles I play with as a team and I always try to base my musical decisions on what is best for the group, moment, and the music.

Your teaching approach:
The answer on how to approach music should answer this also! But I do think it is important to be detailed as well. Everyone has a different way of learning, so I try to implement a style of teaching that is suited for each student that I encounter.

Favorite venue:
My favorite place to play over the years has been Smalls Jazz Club in NYC. The acoustics are fantastic and the audiences always listen keenly.

How would you describe the state of jazz today?
I think that many people tend to look at this question negatively and it's understandable because it is not an easy world out there. With that said, it never was an easy world and I think the state of jazz is just as vibrant and alive today as it ever was. The proof is in what's out there. Go to any club in NYC any night of the week and you can find that there is always a high level of music!

What are some of the essential requirements to keep jazz alive and growing?
People need to just keep playing it!

What is in the near future?
My current projects are gigs around NYC and Philadelphia. Some of them are my quartets and others are co-led with Ken Fowser. I also have a few recording projects on the horizon, including an album of my own set to be released in 2014.