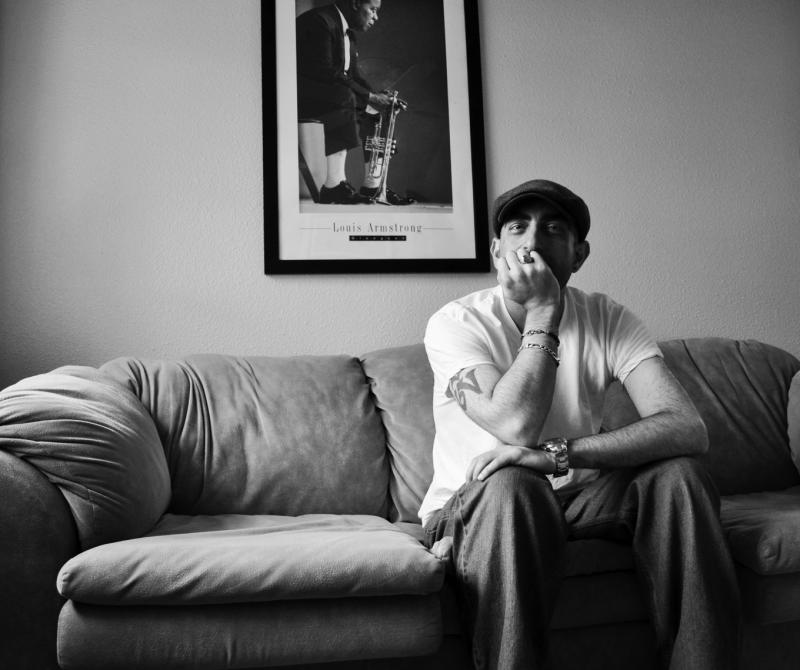 Armen Nalbandian (b.1978 in Manchester, England) is a jazz pianist, composer and humanitarian.

In addition to the piano, he has been known to perform on the prepared Fender Rhodes mechanical piano, and contributes to produce jazz, improvised and experimental music in California. Nalbandian is the composer of over 1200 works in addition to having led more than 20 different ensembles in the past decade. Nalbandian's compositions have included music for his trio, string quartets, orchestral music, music for theater, Armenian folk music, and "game pieces." His primary ensemble is the Armen Nalbandian Trio.

Nalbandian is the founder of Blacksmith Brother Music.

In 2008, Nalbandian was named as a finalist in the 2008 Gilles Peterson Worldwide Talent Search. Nalbandian returned to performance on January 20, 2009, as Music Director for the Day One Event, celebrating the inauguration of Barack Obama and, a few weeks later, in a tribute to hip hop producer J Dilla in a benefit for Jay Dee's mother, Ma Dukes.

Since 2011, Nalbandian has taken a hiatus from live performance with the exception of a pair of impromptu duet performances with comedian Dave Chappelle at Yoshi's Jazz Club. Nalbandian's recent activity has expanded beyond music to encompass writing articles on fashion, the design of a sneaker, the launch of Black.Line Clothing, and the repurposing of his online culture and lifestyle magazine, The Blacksmith Brotherhood to a non-profit charitable organization. Nalbandian released his eighth album, Surrounded by Snakes, on March 15, 2013.

Nalbandian's first book, Portrait of an Artist as a Young Improviser: Writings 2006-2007, was published in April of 2013, chronicling his compositions and live performances circa 2006-2007. The book contains essays and entries written by Nalbandian between 2006-2007. Included are listening guideposts and footnotes looking back on the process of composing for his concert series and the creation of his album, Manchester Born.

Nalbandian has frequently used his position as a musician to perform many humanitarian services. He has raised thousands of dollars in aid for the victims of Hurricane Katrina by way of many benefit concerts. Nalbandian has also raised money for organizations as diverse as The United Way, The Red Cross, the ONE Campaign, Habitat for Humanity, The American Cancer Society, Breast Cancer Research and The Relay for Life Foundation, among others. Nalbandian launched his not- for-profit charitable organization, The Blacksmith Brotherhood, in 2012.

John Hicks was my mentor. A day rarely passes that I don't think of him and his spirit. I feel blessed having learned so much from him.

When I was younger I sought out so many of my heroes and wanted to learn directly from them the way my forefathers did. Billy Higgins, McCoy Tyner, Horace Silver, Charlie Haden, Elvin Jones, and so many more great artists were instrumental in my development.

As I continued to develop into the artist I am today; the insight, support and encouragement from John Zorn, Dave Douglas and Wynton Marsalis was incredibly important to and pivotal for me.

I grew up in a household that was filled with music. My mother would always be playing Italian operas and my dad would have Frank Sinatra and Tony Bennett on the stereo. However, my brother Ara and I were really into Motown: James Brown, Stevie Wonder, etc, as well as Michael Jackson. That complete environment of influences made me want to be a musician.

Hearing Thelonious Monk play the piano made me want to be a jazz musician.

Be genuine and create music that comes from your heart.

I rarely take on students, but in those few cases I did; I stressed listening. I really feel the most important part of a musician's development is listening to everything and having a strong understanding of our culture and history.

I feel blessed to have joined Dave Chappelle onstage a couple of times over the past year or two. I accompanied him on piano during his stand-up performances at both Yoshi's clubs, and we just improvised off each other. It was like sitting in with jazz giant with complete command of his talent; he is an amazing improviser.

We need a better balance of nurturing our audience and expanding the typical jazz demographic. It really comes back to educating our youth because they will carry our tradition. In addition, when we do educate, we must do so broadly and without any agenda and invest quality time and resources into their education. Jazz is treated like a second class citizen (if that) in the States. As artists, we need to do a better job of connecting our art to the current musical landscape.

I've recently released my eighth album, Surrounded by Snakes, in addition to a handful of new projects like the book, etc.

The future is all about keeping my mind and heart open and listening to the universe to uncover what's next.