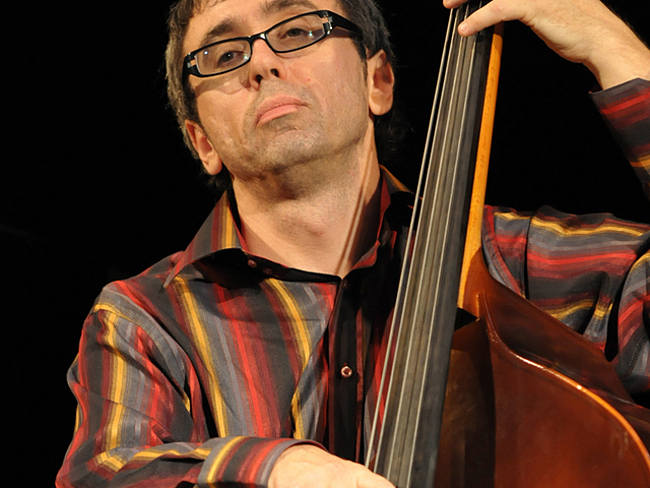 Ark started building his career in Kiev,Ukraine. By the time he graduated Kiev music college and moved to Moscow where he graduated Russian Academy of music in 1992. In the mid-1990s, Ark left Moscow and relocated to Poland, where he became highly-regarded through performances in multiple groups. From then, Ark's performance and recording credits include Zbiegniew Namyslowski, Piotr Baron,Piotr Wojtasik, Joachim Mencel, Adam Pieronczyk, Kazimerz Jonkisz In 2002, Ark independently released New Age, his debut recording as a solo artist that was comprised of performances by the Moscow local musicians on a collection of original compositions.

Ark has been living in New York since 2005, but as a lifelong component of the Russia, Ukraine and NYC music community, Ark has always returned to his roots, regardless of where his musical endeavors have taken him abroad, and his most recent venture is a recording project by the Ark Ovrutski Band, called Sounds of Brazil,featuring Grammy Award-winning drummer Duduka Da Fonseca, pianist Helio Alves and two great flute and sax players, Craig Handy and Jorge Continetino, performing a unique blend of different styles of jazz, Brazilian grooves, original melodies and contemporary arrangements.

Your sound and approach to music: Groove, melody, harmony and peace.

With harmony and peace.

Your favorite recording in your discography and why? Lois and Basie was my first LP.

The first Jazz album I bought was: Miles Davis, My Funny Valentine.

What do you think is the most important thing you are contributing musically? Composing and playing my music<.p>

CDs you are listening to now: Darius Milhaud, Saudade do Brasil.

How would you describe the state of jazz today? World.

What are some of the essential requirements to keep jazz alive and growing? Playing and writing.

What is in the near future? Brasil project with Duduka Da Fonseca in November 2010, and my big band project in 2011.