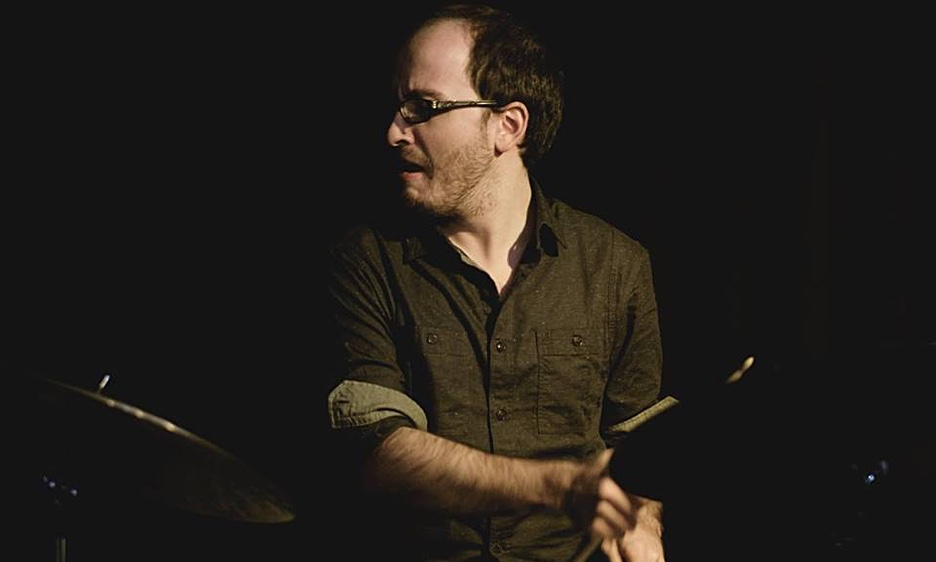 By ANDREW KUSHNIR
February 11, 2018
Sign in to view read count
About Andrew Kushnir

Montreal born drummer,Andrew Kushnir first came onto the Canadian Music scene when he joined the acclaimed Franco Proietti Morph-Tet at the age of 17 as a DJ/Turntablist. With the Morph-tet , Andrew went on to record three albums (Morphology, Like The Shore is to The Ocean, and Live at St. Ambroise) and play many of the major Canadian music festivals such as the Fringe Festival, The St. Ambroise Funk N' Jazz Festival, and The Quebec City Jazz Fest. During this time Andrew also produced and worked with Grammy nominated Canadian MC Jonathan Emile.

While playing with the Morph-tet, Andrew began studying the drums with celebrated Canadian Jazz Drummers Jim Doxas and Michel Berthiaume. In 2012 Kushnir began studying at the acclaimed Berklee College of Music, where he got to work and study with artists such as Jason Palmer, Neal Smith, Yoron Israel, Lin Biviano, and others.

After graduating with a bachelors degree in Performance from Berklee College of Music, Kushnir went on to study and receive his Masters in Jazz studies/performance from New York University Steinhardt. At New York University Andrew got a chance to study and work with artists such as Grammy-nominated composer and arranger Alan Ferber, Brad Shepik, John Scofield, Stefon Harris, Michael Rodriguez and others. Andrew currently hosts two sessions in New York. One at Shrine Music Venue every Sunday from 6-8, and the other at the Wolfhound on Tuesdays in Astoria Queens. Along with busy sideman work and leading his own groups.

I have been really fortunate to have some incredible teachers along the way in my development as a drummer. From my Canadian heroes such as Jim Doxas and Michel Berthiume. At Berklee College of Music the two drum teachers who really shaped my approach were Jon Hazilla and Neal Smith. At NYU my lessons with bassist Martin Wind, composer and arranger Alan Ferber, and drummer Billy Drummond really helped me explore my weaknesses and try to fill the gaps in my playing. As for influences there are so many, I'd say the most important ones have been my peers through all stages of my development. I've been very fortunate to always be around like minded people who want to be the greatest musician they can be.

As for my drum heroes, well Blakey was my first major influence. One of the few originals that I have recorded was dedicated to Bu and aptly had the same title. Others include Roy Haynes, Bill Stewart, Colin Stranahan, Billy Higgins, Paul Motian, Mel Lewis. Pretty much anyone I have ever listened to and their heroes. I always try to check out who my influences have Checked out. For non drummers: Monk, Lee Morgan, Cedar Walton, Richard Davis, Coltrane, Jackie McLean I guess it's really hard to make a definite statement as who are my influences because I've been influenced by everyone.

I grew up in a very musical household. My dad plays guitar, and my mum loves music. We always had an incredible record collection from all sorts of jazz to funk, R&B, Soul, and pop. So it was just always around, my siblings and I were always in music lessons or music type after school programs so it's just always been a part of my life. I only started drums and got serious about it at the age of 19. When I started studying drums I knew that it was just something that I wanted to dedicate my life to. four years later I was at Berklee college of Music and in May of 2017 I finished my graduate degree at NYU and started gigging in the city regularly. So it's been a pretty quick and intense journey.

My approach to music and the drums is just to be as musical as possible. I've never been one who has been impressed by chops, and giving that I started a lot later than most, I didn't really develop chops all that fast so I had to rely a lot on my melodic sense. That's what I love about drummers like Roy Haynes. All his drum solos are melodies and you can dance to them! More than anything else I want to be a drummer that makes everyone feel good on the band stand and try to help them sound their best. I want to groove and add colours to the situation that is happening.

My approach to teaching is to help the student realise their potential and goals, and also instill a very strong practice ethic. I strongly believe that when sitting with your instrument to practice, your main goal should be to become as focused and present as you can be. Be aware of what you are doing and what you are trying to accomplish. To play this music at a high level you need to be 100% in the moment, or as Joe Lovano says "In the moment of now." When we practice that is what we are trying to do, be as focused as we possibly can be on an exercise or concept and hope that the focus transfers to the band stand. For that reason, I don't really understand players who say they spent 8 hours in the shed non stop or even 4 hours straight. Are you really 100% focused that whole time? Wouldn't it be more beneficial to do two or three 45 minutes stints of pure concentration and work just on 2 or 3 things?

Well my dream band of musicians who have passed on would be: Mulgrew Miller, Richard Davis, Joe Henderson, and Kenny Burrell. As for guys on the scene today: I would love to work with Peter Bernstein, Doug Weiss, Seamus Blake, Sullivan Fortner, Dave Holland, John Scofield, Herbie Hancock, John Ellis, Jonathan Kreisberg...the list is really endless. There are so many people that I would love to play with.

One recording that I come back to time and time again is "Kenny Burrell: A Night at the Vanguard." I love the tune selection and the band just grooves so hard! Everyone is just making music, and Roy's solos are out of this world. Some of the hippest stuff you'll ever hear. I think there's also something magical about all those albums recorded at the vanguard. That has to hands down be one of the best Jazz venues in the world.

A little known fact about me is that my first real band and tour experience was as a turntablist and sample player(mpc type stuff) for the Montreal based hip hop/jazz band The Franco Proietti Morph-tet. Through that group I got to work with Canadian MC Jonathan Emile and release an EP entitled The Social Contract. All the beats were sample based and made on an MPC 1000. No logic or any of that. I'm sure if you search the internet hard enough you can find a copy of that out there.

I don't remember the first album I bought, but the first album from my dad's collection that I had on repeat was Oscar Peterson's Night Train. I must have listened to and played along with that record a million times over.

I think the state of jazz today is really probably no different than it's been for a while. Most cities I visit the clubs are always full, there are people of varying ages. I often see more young 20 somethings than the stereotypical older crowd. The gigs don't really pay, but if you read Art Taylor's book Notes and Tones you realize that's always been the case. I think people who make the "jazz is dead statement" don't actually spend time in clubs that aren't franchises, or museums like some halls.

There's nothing else I would be.