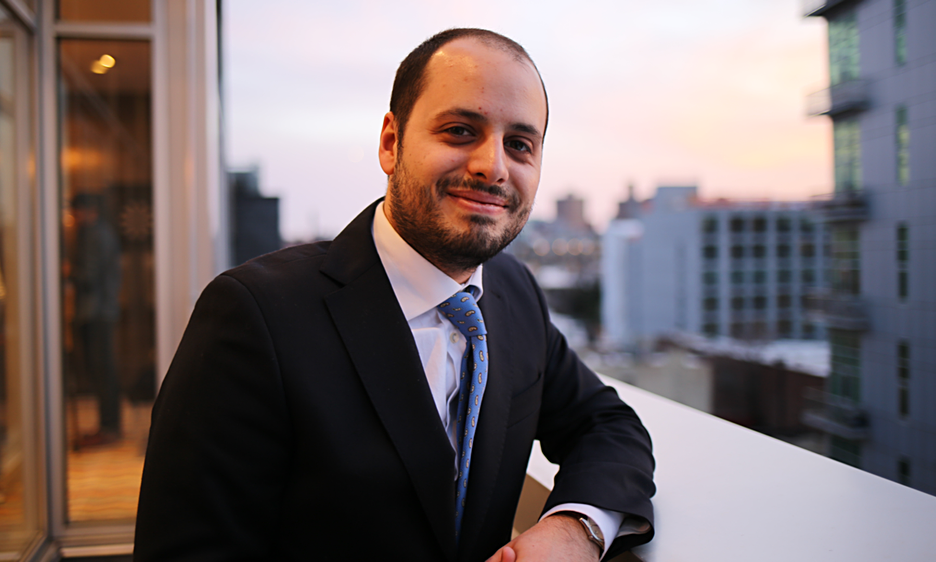 By ANDREA DOMENICI
May 11, 2019
Sign in to view read count
About Andrea Domenici

Born and raised in Lecco , Italy, Andrea Domenici is a jazz pianist and composer who has been living in New York since 2012. A 2016 graduate from The New School for Jazz and Contemporary Music, Domenici has studied with great piano players such as Benny Green, Barry Harris, Benny Green, Dado Moroni, Rossano Sportiello and Mario Rusca.

Andrea Domenici recently graduated from The Juilliard School with MM in Jazz Studies. He recently released his debut album Playing Who I Am (Abeat Records, 2019) which features Peter Washington on bass and Billy Drummond on drums.

Jazz has always been present in my life since I was very little. My father is a huge Errol Garner fan and I used to listen to Garner's record when I was in kindergarten. I played drums along with those records but my real love was for the piano. I could not envision myself doing anything but playing the piano.

I want to be lyrical and, at the same time, have a very strong rhythm. All the pianists I quoted earlier have the ability to play a ballad with true passion that can make you cry and they can play lines that can make you dance.

Depending on the level of the student, I like to know what records my student is listening to and plan the lessons based on the material of the record. For instance if one student is listening to "Dolphin Dance" by Herbie Hancock from the album Maiden Voyage (Blue Note, 1956) I want him to learn the tune (melody and changes) possibly by ear and then check how the rhythm section is playing, how Herbie Hancock is soloing, comping and try to emulate what he is doing. Everything is on the record and I believe that learning how to play should be based on listening and then understanding the theory.

I truly love Mezzrow. I believe it is the jazz club with the best acoustics. The piano truly sings in that room.

I don't know, I know how much music is contributing in my life. I become a better listener everyday and I meet new people everyday because of jazz. Music always brings something new and fresh in my life.

I am deeply listening to Sonny Clark. I do love the album entitled Sonny Clark Trio with George Duvivier and Max Roach (Time Records, 1960) and Blues in The Night (Blue Note, 1979). Sonny Clark's phrasing is astonishing.

I don't honestly know, I do not believe there is formula to answer this kind of question but I am sure that more people would be interested in listening to jazz if jazz musicians played music that comes from their hearts more than from their brains. What I desire to do is to be true to myself. I want to be able to play a melody with feelings and to be able to make people dance and feel good either with my comping or soloing.

I would love to play in a rhythm section with Ron Carter. I love his time, feel, lines and ideas. I am also a huge fan of Harry Allen and I hope to record with him some day.

I started as a drummer when I was 9 years old because I had a terrible piano teacher before and I wanted to change air, then when I was 15 I realized that I loved the piano so much that I wanted to spend my life playing it.