By ALAN BLACKMAN
March 9, 2012
Sign in to view read count 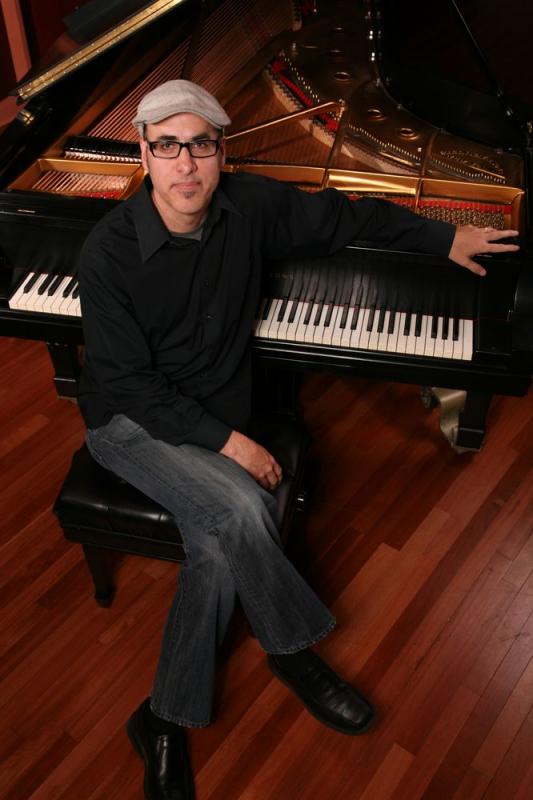 Meet Alan Blackman:
Baltimore-based pianist and award-winning composer Alan Blackman and his ensembles have performed at Blues Alley, the Kennedy Center, and many festivals and venues from San Francisco to New York. Recent performances have been with Donny McCaslin, Vardan Ovsepian, Ferenc Nemeth, Mike Pope, Warren Wolf, Tim Green, Alex Norris, and Sunna Gunnlaugs, among others. He was selected to be part of the Betty Carter Jazz Ahead program at the Kennedy Center and has received grants from the Maryland State Arts Council in jazz composition, performance and world music as well as the Chamber Music of America's prestigious New Jazz Works multi-year commission. Arrangements and performances of his music have been featured on NBC's Parenthood, NPR's Talk of the Nation, and the new Hawaii Five-O, as well as Stephen King's movie, 1408.

His latest CD, Turning Point, features Donny McCaslin and is out now on Top Floor Records; a recording of his 2 Piano Improvised Series, with various other pianists, will be out later in 2012.

I knew I wanted to be a musician when...
I saw Oscar Peterson live on television around the age of twelve.

Your sound and approach to music:
For me, the attraction of jazz is the freedom to do things how I hear them. So, my way of finding my way has been to transcribe and compose like crazy until I discover the sounds that I am hearing. My passion is to find ways of interpreting the pop tunes of my generation in a jazz context and to keep searching for my own voice.

Your teaching approach:
My goal in teaching is always to ascertain where the students want to ultimately be, and then help them get there as efficiently as possible. But there are no shortcuts; hard work, passion and commitment is a requirement for progress and success.

Your dream band:
I would love to split my time between a great arena pop gig like Sting or Peter Gabriel, and the jazz club circuit with someone like Pat Metheny or Chris Potter—a guy can dream, right?

Road story: Your best or worst experience:
Playing sold out Soccer stadiums in Bolivia with a Latin pop singer. The culture, the music was so different than anything I had experienced. During the day we would visit orphanages or play pickup soccer games with local kids, and then the military would run security for the stages at night. Priceless!

Favorite venue:
An Die Musik, in my hometown of Baltimore.

Your favorite recording in your discography and why?
Turning Point, featuring Donny McCaslin. The band rehearsed a lot for this and really got the most out of my music. Great experience in the studio and the results were awesome.

The first Jazz album I bought was:
Probably either the Yellowjackets or Chick Corea.

What do you think is the most important thing you are contributing musically?
Trying to bridge the traditional jazz concept and the contemporary popular songbook into something that acknowledges the history of jazz but sees a way forward as well.

Did you know...
my direct family tree goes back to Jamestown.

How would you describe the state of jazz today?
Jazz, like all live music, is in a state of flux. Times are difficult because music is something people no longer think you should pay for. I see a way forward, but I think it may take a generation for it to happen.

What are some of the essential requirements to keep jazz alive and growing?
It is to become hip to young people again. More rebellion, rawness, and relevance with less of the historical approach that says jazz stopped evolving the early 1960s.

What is in the near future?
I am completing my commission from the Chamber Music of America New Jazz Works grant. I will be premiering this suite, which features Donny McCaslin and Rogerio Boccato, in New York City and Baltimore in 2012.

If I weren't a jazz musician, I would be a:
professional golfer...I would starve, but I would be having a lot of fun doing it.