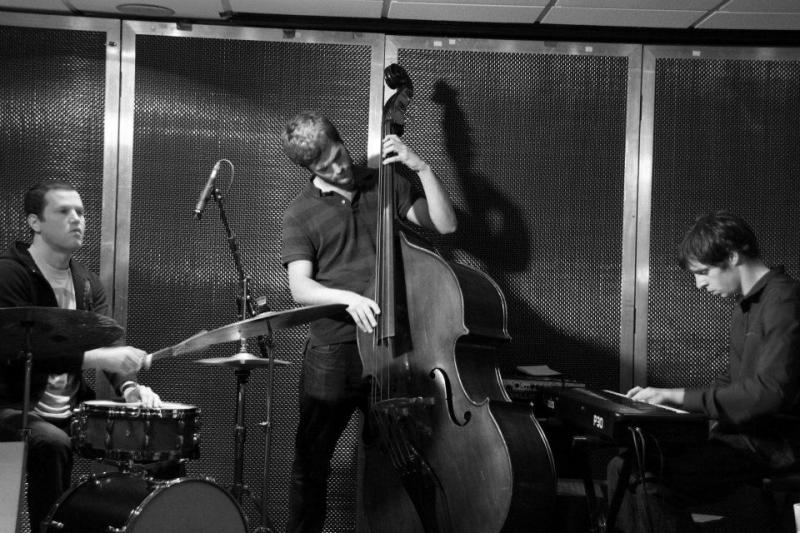 By AL SCOTT
January 28, 2012
Sign in to view read count
Meet Al Scott:
Al Scott has been playing the piano for over 10 years, and first became influenced by the music of Michael Jackson. It must have been the Quincy Jones element that influenced him. Although his main passion is for jazz music, Al has done session work for various producers, and featured live alongside DJs in the dance music scene. Back in Manchester he had a Trio, which played various venues including Matt and Phred's, a well-known Jazz club up north. Currently been living in London for the past four years, is involved with various other groups.

Plans for this year involve recording a Trio/Quartet album later in the year.

Influences from artists such as Bill Evans Trios, Herbie Hancock, John Taylor, Kenny Wheeler, Victor Feldman, Freddie Hubbard, Miles Davis and John Coltrane, Tomasz Stanko, Roy Ayers and Patrice Rushen. Bill Evans is his true idol, he has been listening to him with his various trios, and he still finds his music sounds fresh and vibrant.

Teachers and/or influences?
My main influence throughout my playing career has to be Bill Evans. I've listened the most to him and own nearly every recording he ever recorded. Other key musicians include Herbie Hancock, Wynton Kelly, Miles Davis and Tomasz Stanko. Two other pianists which differ greatly in style but are both originally from the UK, Victor Feldman and the outstanding John Taylor.

I knew I wanted to be a musician when...
I first started playing piano with my nana aged around eight years old. From then music took over my life; everything on a day-to-day basis is centered around music in one way or another. Whether it's playing live or teaching piano, music is the key.

Your sound and approach to music:
I'd like to think my approach to music has open melody lines which people can relate to even if they aren't jazz lovers. If it's not overly complex all the time, it's not important as long as people can feel what you feel when playing.

Your dream band:
My dream band would be to perform in venues with my current trio, where people really listen to what you're doing.

Road story: Your best or worst experience:
I once got locked in the toilet as the door handle fell off on the inside, and made people laugh about it when coming back late after a short break.

Your favorite recording in your discography and why?
Kind Of Blue is way up there still; Bill Evans sounds as fresh ever on every listen.

The first Jazz album I bought was:
It was probably something like Night Train, by Oscar Peterson Trio at a guess—so many years ago now.

What do you think is the most important thing you are contributing musically?
I'd like to translate the music in easiest way possible. This way people who just love music can feel involved, not just the jazz elite.

How would you describe the state of jazz today?
It's got loads of great artists out there; seek and you shall find.

What are some of the essential requirements to keep jazz alive and growing?
More awareness of fresh talent is needed. People who aren't signed to any label need a platform to at least present their music to people and have a greater chance to get established.

What is in the near future?
I hope to play more venues with good sounding pianos, as up to now they are all been substandard really. I hope the Al Scott Trio can play some festivals next year to branch out a little.

If I weren't a jazz musician, I would be a:
someone who at least listens to jazz.