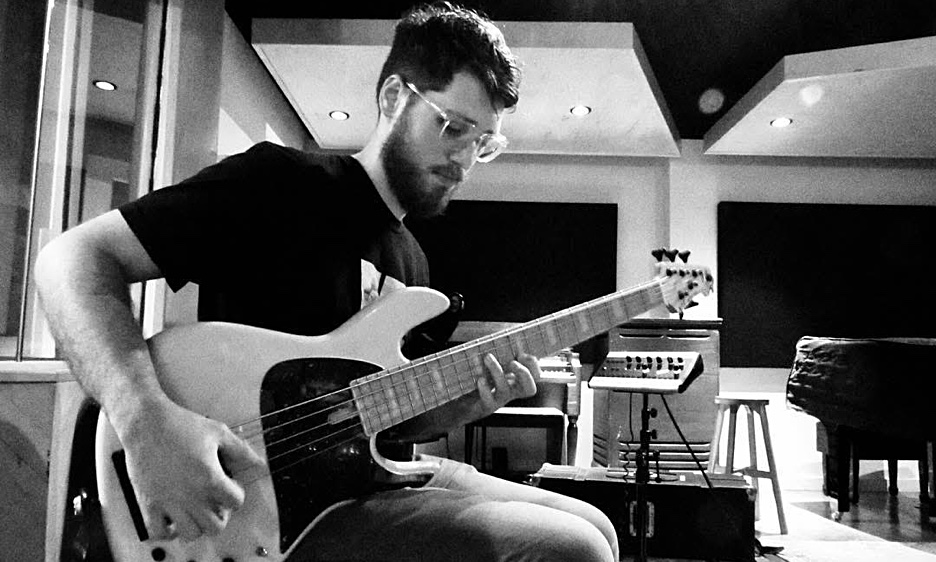 By AKOS FORGACS
October 1, 2019
Sign in to view read count

Akos Forgacs is a New York City based electric bassist. Raised in Serbia and attended the local performing arts high as the very first electric bassist they accepted. Here he was awarded the many awards included an award at the national string chamber orchestra competition where he played the lead bass guitar. in 2012 Akos moved to the United States to attend the prestigious Berklee College of Music. At Berklee Akos had to opportunity to work closely with many incredible artist, most notably he worked with Dave Fiuczynksi. He worked with Dave for some time and he also had the opportunity to play with the legendary drummer Jojo Mayer together with Dave. At Berklee he also had the opportunity to work closely with Paul Simon keyboard player Alain Mallet After finishing his studies at Berklee College of Music Akos moved to New York City where he maintains a busy schedule as a band leader and sideman. He had the opportunity to play many big festivals as a leader and every year he is asked to come back.

Electric bass. Over the years I accrued a number of instruments but in recent years I tuned down my collection, so now I play mainly my 3 Fodera basses, and of course I have a Fender P bass (Which was my very first bass).

When I first started playing in Serbia, I studied with some of the top session musicians in the country they gave me a really good foundation. After moving to the States I studied with Lincoln Goines, Oscar Stagnaro, Anthony Vitti, Chris Loftlin, Dave Fiuczynski, Alain Mallet, Dave Santoro just to name a few. These days I get influenced by my peers, I'm fortunate enough to call some of the leading players in the music industry my friends.

Currently my main influences are the great rhythm section bassist, I really like listening to Pino Palladino, James Jamerson to name a few. These days these two are the main influences, but my all time favorite bass players are Jaco Pastorius and John Patitucci.

I think I always wanted to be a musician since I come from a music loving family. I was fortunate that my parents listened to great music, so when I had the opportunity to pick up a bass and form a band with my classmates, I knew that's what I want to do. After a couple of months of practicing I got in to the local gigging scene and after that there was no stopping.

I like to focus on teaching the foundations first. Learning to lay down a solid bass line first, or learning to walk a blues solidly is the first thing I focus on. This include teaching the correct technique and theory, that's the first thing I focus on. Once the students have that down we can start working or more complex material. Like improvisation, theory and such.

I would really like to play with Vinnie Colaiuta. No mater what gig or with what artist, but I think that would be a blast!

But I also really love the venues that are here in NYC, like 55 Bar, Zinc Bar, Smalls, Blue Note, Fat Cat to name a few.

I used to be a competitive basketball player for a long time, but thankfully music took over.

I bought Jaco's debut album even though thats's not a straight ahead jazz album, but for me that was the first encounter with improvisational music. That album really changed how I look at music and what's capable with the electric bass.

After that I got into Miles and that led to all the jazz greats, which also opened a lot of new opportunities in my playing.

There is a lot of good and bad jazz out there. Sometimes the good can't really be heard in the sea of bad music. But that's just my take. Of course I you search you gonna find the real deal.

Currently I'm planning to record my debut album, which will happen probably early next year and hopefully be out soon after. Also I'm getting ready for some European festivals with some of the bands I work with as their lead bassist.

Not jazz, I would tell them to play some old school hip hop, that would be pretty funny.

Probably some of the catchy new hip hop songs I heard on my Spotify recommended playlist.

Coming from a family of all engineers, I would have probably taken a similar route, but thankfully I have music.