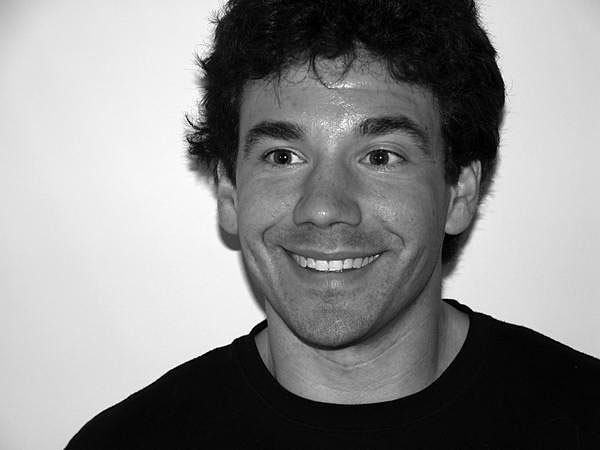 By ADAM DE LUCIA
March 13, 2011
Sign in to view read count
Meet Adam De Lucia: Adam De Lucia is a musician/composer/producer who has pulled out all the stops to make Hi-Bred Productions successful. He has several personas at the studio beside his dedicated guitar playing and composing. He has networked with all of the creative partners himself to secure their participation. He has designed album artwork and labored as an Art Director and conceptualist to lead other design professionals to create album art work.

He develops and deploys an impressive array of online strategies, including syndicated news feeds, promotional downloads, blog posts and bulletins, advertisements that include rich media, an ever-evolving official band website, and profiles at five social networks—All About Jazz, ReverbNation, Facebook, MySpace and iLike. His composer credits span the complete, growing catalogue of the studio—except Ila Cantor's album—with production credits on all releases. Adam performs all of the guitars on his originals, and he has mixed and mastered all music in the workflow of the studio since 2006.

Teachers and/or influences? Although I would not say I came from a musical household, I did grew up listening to a lot of music. My dad owned a guitar when I was a baby, but he never learned to play. When he would go out bowling on league night and I stayed home with mom I would take the guitar out and pretend to play. I wasn't even in school yet—might have been three.

I remember the first time I realized music was about something. The words didn't just rhyme; they were telling me a story. I still was very young. In some way, music for me has become more about telling a story than just playing the guitar or writing a song.

All of the music I grew up listening to has influenced me. When I was too young to buy music I heard a lot of Tracy Chapman and Harry Chapin, from my mom and dad respectively. My mom used to blast music—volume all the way up—on weekends, which was interesting.

As I grew older I got caught in a rap phase. The only popular white groups, before grunge bands like Nirvana and Pearl Jam broke, were the original boy bands, like New Kids On The Block. But, by age 15 I was deep into classic rock. It all happened one summer, when I spent a month at my grandparents' home. Grunge took time to grow on me, but I eventually had quite a collection. However, the guitar greats of the 1960s were taking prominence in my listening taste as I gravitated to the guitar, as a player: Clapton, Hendrix, Duane Allman, Jerry Garcia and Santana—even guitarists who were lesser-known in my day, like Jorma Kaukonen, John Cipollina, Barry Melton and others. I was also listening to a good amount of Stevie Ray Vaughan at this time. My big turning point came when a friend in high school handed me his copy of Mahavishnu Orchestra's Birds Of Fire and said, "If you love Hendrix you have to hear this." Of course, he was talking about John McLaughlin. John was one of my biggest and most enduring influences. I love John McLaughlin. Later in college, I went through a period of trying to emulate him.

Although, I have to admit, it originally took me a long time to hear that music. Not the album, just the first song! It was a big change from listening to Jimi. It challenged me.

Soon after, a high school friend of mine bought No Mystery, by Return To Forever, mainly because the picture of the wild-looking guys on the cover convinced him it must be a great album—and it was! Then I bought Romantic Warrior, and from there things took off. We were discovering the great unspoken music from the 1970s all over again. Not James Taylor or Don McLean, whose "American Pie" is played to death on the radio, which is fine, or even Led Zeppelin or Lynyrd Skynyrd, who I was also listening to. (Zepplin's "Over The Hills And Far Away" was the first song I learned to play on the guitar, as a matter of fact.)

Jazz fusion was pretty inaccessible stuff to teenagers in the mid-1990s. Nobody talked about it. I got lucky. Not just to be tongue in cheek, I almost went broke rounding out my jazz fusion collection with Miles Davis albums, box sets, and almost all of the RTF and Mahavishnu Orchestra albums. It was a good fit for me. I never focused too much on emulating one player.

Yeah, I learned Hendrix songs and solos, Zeppelin songs, Grateful Dead songs and Jerry Garcia solos, heads to Mahavishnu Orchestra and RTF tunes, etc., but it was always about a fusion. The best way I can describe my aim as a guitarist and musician—from very early on—was to arrive at an organic solution from the distilled essences of many players. For example, I tried to imagine how it would sound if you crossed Jerry Garcia's guitar playing with Jimi Hendrix, and then play like what I imagined that to be. I listened obsessively to my favorite players and continued to learn to do my best to make it happen.

Doug Clarke and Oz Noy also have had a major influence on me. I studied with Oz for a year. He's brilliant. Doug is one of the unsung heroes of the modern jazz movement. He is a young guy who studied with the best—even playing with Tal Farlow. He earned his degree from Berklee, on a merit scholarship, and an M.M. in Jazz Performance. I have studied with him for the longest time.

Your sound and approach to music: I have written for a number of instruments, including violin, trumpet, guitar, piano, bass and drums. A lot of my music deals with cycles or a pitched ostinato, generally speaking. I don't think about riffs. For me, there are melodies, harmonies, bass and drum grooves; I deal with riffs as ostinatos. I became interested in this through a drummer, the same friend who lent me Birds Of Fire, who was influenced by Terry Bozzio. It's a somewhat stricter approach to rhythm. What ties it all together is texture. How one instrument balances the rest of the score and what can be said by a coherent ensemble as opposed to a loose group of performers is a holistic approach to composition that I try to utilize liberally. Although I may feature a soloist, I never place undue emphasis on one single player or instrument. I don't sit down with the intent to write guitar music. I don't think you will listen to my songs and come away with the impression that the guitarist is necessarily the leader of the band.

As far as my compositional process: it all starts on the guitar. I play an idea on the guitar. Then I program it in MIDI and develop all instrumental voices on my computer, referring back to guitar often to understand what I am writing. When the song is done I import the MIDI file to my notational software to get the brunt of the score transcribed. To wrap it up I spend about a week touching up the score with best practices I learned from Chris Tarry (thanks Chris), and simplifying the harmony with chord symbols.

Your teaching approach: Free structure is the best way to teach students, I think. I am at my best when I am most flexible in my lesson plan. Unfortunately, music is not a high priority for many families. Keeping students engaged is the key to success. Helping students to see the benefit of practicing is the hardest thing—and one of the most important. Many young students do not continue with lessons when their parents do not see them practicing a sufficient amount of time to justify the expense. Making the information simple and accessible while providing a lot of information is generally a good rule. However, I learned to change gears with the attention span of the student. Show them something new, and they will work for you.

That said, there are students who refuse to do their homework. The worst situations for me are determining how to proceed when a student hasn't practiced the songs we learned in the last lesson. I want to make sure the student is getting something from my lessons. My first instinct is to rehash what the student let fall by the wayside for a whole week. However, I know the easiest way to lose a student is to rehash the same material again and again.

The first Jazz album I bought was: Birds Of Fire.

How would you describe the state of jazz today? Jazz is hurting, in my humble opinion. Jazz sales account for 1% of all music sales, according to a source who is a partner at a record label. That 1% includes artists like Chris Botti and Diana Krall, who sell millions of albums. Some of the most critically acclaimed musicians and bands are completely off the grid because of what I perceive as the waning interest in the genre. I think it is ironic because, again in my humble opinion, jazz draws on more influences than it ever did. Hopefully, consumer interest will return, but BitTorrent websites make illegal downloads so easy. Maybe the industry is just trying to cope with the quick pace of change that the new technologies have brought.

When consumers do realize that buying albums is the only way to make sure that professional music production endures, jazz will be ready. The territory that has been explored by jazz musicians over the last 50 years has opened so many doors that it can be overwhelming. When lesser known jazz musicians begin to gain what I think is well- deserved recognition, I hope there will be another creative explosion in music like there was for the previous generation in the late-'60s through the '70s. I just hope I live to see it.