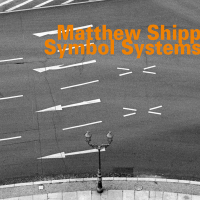 Recorded originally in 1995 and released on No More Records, Matthew Shipp's Symbol Systems finds new life on Hatology in 2018. This was Shipp's first solo-piano recording whose genesis lay in the ideas of producer Alan Schneider. The recording is the result of a day spent in the studio by Shipp effusing what Shipp described to writer Lyn Horton in All About Jazz as thirteen "compact miniatures of ideas imposed on a structure." If Shipp sounds like a brainy mystic, then no moss grows on those ears of yours.

Shipp's music is well represented within the electrons of All About Jazz. His forward-facing avant-garde, intellectual approach to performance pushes the envelope set into improvisational motion by the likes of Cecil Taylor and Martial Solal (though conventional wisdom places Shipp closer to Marilyn Crispell than either of these two). Shipp extends that language while never disintegrating into the ravenous particles of malignant musical freedom (which some consider noise). Shipp is not a post-modern deconstructionist, but he may abide by the New Criticism that each "composition" or even each note must be taken on the value of itself without considering anything else.

On Symbol Systems, Shipp presents 13 dramatically different improvisations, each accenting a different element of the pianist's psychic composition. The pianist is a meta-architect plumbing harmonic and melodic depths while engaging the flow of notes in the order they present as the performance reacts to time. The result is music, if that is what it is even called anymore, that is at once, tactile, textural, and sonic. This music is the violent antithesis of what passed for "New Age" in the 1980s and '90s. It is as listenable but requires of the listener a heightened awareness of what Shipp is trying to say and how he is trying to say it.