By WOODROW WILKINS
September 22, 2008
Sign in to view read count 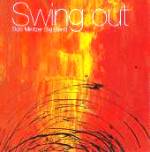 The Manchester Crafsmen's Guild is both an institution that preserves, presents and promotes jazz, and an organization that produces a long-running, Grammy-winning series known as MCG Jazz. One favorite son of this label is Bob Mintzer, who is also a member of the Heads Up group, the Yellowjackets.

Mintzer is a versatile artist who plays a variety of instruments, composes, arranges and appears in session with other artists. He recently joined the faculty at the University of Southern California. The Bob Mintzer Big Band has four Grammy nominations and a 2002 Grammy Award for Homage to Count Basie (MCG).

On Swing Out, the ensemble presents several original compositions, plus fresh arrangements of some classics. Mintzer plays tenor sax and flute. The title song is a first-rate, energetic big band piece. Mintzer's lead is a throwback to the golden age, as is Phil Markowitz's piano solo. Jay Anderson's bass, John Riley's drums and a full-size horn section fill out the selection.

The trombones share the spotlight unassisted—sans other instruments—during the opening sequence of "Swangalang." When the rest of the band comes in, the section continues to carry the lead. However, as with any well-written big band song, the trumpets and saxophones also put their marks in. After the saxophones go unassisted, Mintzer steps forward with a tenor solo, followed by the full band, emphasis on the trumpets.

"Minuano," one of three covers, is an interpretation of a Pat Metheny Group recording. Vocalist Kurt Elling wrote the lyrics to this arrangement and sings. The introduction faithfully follows the notes of the original, though the sound is less haunting. The horns underscore Elling beautifully as he emotes during the verses. Mintzer's tenor sax solo, though patterned after Metheny's guitar in the original, sets its own direction and Markowitz contributes an elegant piano solo. A sudden tom-tom roll by Riley segues into Elling's closing sequence.

Throughout, the Bob Mintzer Big Band shows diversity with touches of jazz, blues and even classical music in how the songs are arranged. Though Mintzer is the leader and gets most of the solos, it's the fullness of the band, and the layered harmonies that make this album swing.

Swing Out; Each Day; Something Else; Swangalang; Beyond the Limit; Minuano; My Shining Hour; Freedom Song; Someday My Prince Will Come.