By CHRIS MOSEY
April 3, 2014
Sign in to view read count
At the age of 82, Torgil Rosenberg has decided that the time has come to take a back seat in the running his Swedish independent jazz label Volenza.

"It's time for a new generation to take over," he says, "My future role in the company will be a purely advisory one."

Daughter Lovisa and son Johannes have taken over the running of Volenza, with pianist Jan Lundgren tasked with finding and recording new talent, based largely, it seems, on his experience as a lecturer at the Academy of Music in the southern port city of Malmö.

Volenza relaunches with a new emphasis on youth and the release of four albums. Here they are in descending order of merit. 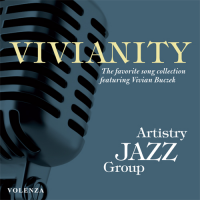 A well-warranted collection of vocal tracks from Artistry Jazz Group's previous albums for Volenza, recorded between 2009-2012: We Like Previn, Too Darn Hot and Tribute!.

The success of these albums, paying tribute to André Previn, Cole Porter and other songwriters and instrumentalists who Rosenberg felt to be neglected by the modern age, elevated the group's vocalist Vivian Buczek to the first division of the Scandinavian jazz scene. Before this, she was off the radar, known only to the Malmö cognoscenti.

This compilation includes such curiosities as "Like Young," Previn's take on the Beat Generation of the 1950s and bassist Red Mitchell's "As You Are," a "back to nature" anthem from the hippy era 10 years further on.

Best of all there's Miles Davis's "Boplicity," recorded in 1949-50 as part of his groundbreaking Birth Of The Cool album for Capitol. It makes a marvellous closer, Buczek doing a great job on lyrics originally sung by Mark Murphy. 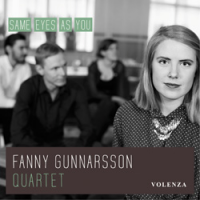 Not only are pianist Gunnarsson's songs all her own work, her quartet introduces a new talent to the jazz scene in the shape of soprano saxophonist Karolina Almgren, who also gigs with sibling Malin as—wait for it, folks— The Sisters Of Invention.

Gunnarsson hails from Tomelilla, a small town in Skåne, Sweden's southernmost province, hitherto best known as the setting for the films of Tage Danielsson and Hans Alfredsson. She graduated this year from Malmö Academy of Music, where she studied under Lundgren, now her producer.

She admires the "daring playfulness" of Thelonious Monk, while her favorite songwriters are Joni Mitchell, Rickie Lee Jones and Kate Bush. Gunnarsson's own lyrics tend to be self-obsessed, unpolished and—on occasion— downright illiterate: I walk the sea, It's carrying me. Really? But they are also often refreshingly honest and show promise for the future: Sometimes I get scared of losing all the memories I have of you. Please let me save a few.

However, more important are the passages following the words in which her piano melds beautifully with Almgren's saxophone with solid yet subtle support from Kristian Rimshult on bass and Hannes Olbers (drums), who both study at the Malmö Academy.

One of the most interesting tracks is the wistful instrumental, "0417-14703," phone number of her father in Tomelilla. It's based on the tones played when Gunnarsson dials it on her mobile. 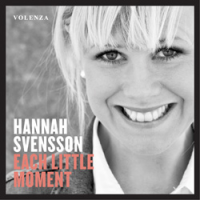 The shade of her idol, the tragic Eva Cassidy hovers in judgement as Svensson performs 10 numbers from the Great American Songbook and one Louis Jordan knockabout.

Cassidy made every song she sang her own. Svensson, perhaps in awe of the material, runs through it dutifully and extremely competently. But the numbers stay "on the page," refuse to come alive.

Most likely a question of personality and inability to express it, what Danish novelist Aksel Sandemose called The Law of Jante, an inbuilt psychological inhibition that prevents individual Scandinavians from rocking the collective boat by getting too up close and personal.

Even the powerful presence of her father, guitarist Ewan Svensson, in her backing band can't break the spell cast by The Law of Jante.

Until, in the penultimate number, "It's Easy To Remember," by Richard Rodgers and Lorenz Hart, she manages somehow to climb from her shell and— perhaps inadvertently—lends meaning to the simple but great lyrics of the chorus.

Buoyed up by this, Hannah attacks the Gershwin brothers' "I've Got Rhythm" with something approaching oomph. Sadly, by this time, it's too late. There's just a glimpse of what might have been. Better luck next time, perhaps?

Pianist Venkiah, whose father is from Mauritius and mother from Sweden, grew up in London, moving to Sweden at the age of 12. He took a BA in music at the Malmö Academy in 2012.

He kicks off with Monk's "I Mean You," which he handles quite well except for a rather abrupt ending. After that, he sings Billie Holiday's "Good Morning Heartache," a carefully worked out party piece that lacks all the pathos of the original.

After another instrumental, his own "Good Cake," Venkiah tackles another vocal, "Alice In Wonderland," composed for a Walt Disney film. There's drama as he reaches for notes and sometimes can't quite make it.

"Iris," is an original dedicated to his late mother: I think of you still. You left a hole nothing will fill.

Then there's another seamless party piece: Duke Ellington's "Prelude To A Kiss."

But Venkiah is a man with a mission. He says, "My dream has always been to really change the world for the better with music." He sets out to do this on the title track but things go wrong: How strange it is, this life/So hard to comprehend.
One minute it's filled with joy and love

The next? You're reaching for a note and not quite getting there.

The thrills and spills continue through "Till There Was You" from the 1957 musical The Music Man. It's the final number. The suspense is almost too much to bear but—with a last desperate "you-hoo"—Venkiah finally makes that note.

The record ends. The world is changed for the better.

Tracks: It's All Right With Me; You're Gonna Hear From Me; Changing My Tune; Lost In A Summer Night; I Happen To Be In Love; Like Young; The Man That Got Away; At Long Last Love; Too Darn Hot; Last Night When We Were Young; What Is This Thing Called Love?; As You Are; Boplicity.

Same Eyes As You

Tracks: What A Little Moonlight Can Do; Is You Is Or Is You Ain't My Baby; My Foolish Heart; Ev'rything I've Got; Fine And Mellow; Them There Eyes; Too Late Now; Lover, Come Back To Me; A Foggy Day; It's Easy To Remember; I Got Rhythm.

Tracks: I Mean You; Good Morning Heartache; Good Cake; Alice In Wonderland; Iris; Prelude To A Kiss; The Calm Crusader; Things Change; Ready With C; Till There Was You.