By CHARLIE B. DAHAN
June 1, 2005
Sign in to view read count
In its all but three-year history, Shout! Factory has made its mark as the new premier reissue label on the block, but what would you expect from the former founders and executives from Rhino? Since March, they have begun releasing an aggressive schedule of reissues, collections and two top of the line three-CD box sets that are both musically pleasurable and purely entertaining. Each release treats listeners to musical enlightenment, historical significance and aural satisfaction.

What I love about this collection is that it takes the place of the definitive "best of" collection of Gillespie and his amazing career. The music touches all the highlights from "Manteca" to "Salt Peanuts" to "A Night in Tunisia" and every important moment in between. In addition, the collection puts Gillespie's career in historical perspective by including early recordings with Teddy Hill & His NBC Orchestra, Cab Calloway and Billy Eckstine. This two-CD collection contains a 46-page booklet with essay, liner notes and great photographs. A little touch that I absolutely love appears in the CD package where each song is listed with the date of the session right next to it, as it gives the listener a subliminal historical perspective of each recording.

Just as the Gillespie collection, Shout Factory's double disk could serve as the definitive Baker set. Beginning with Baker's work with Gerry Mulligan and Stan Getz, this set weaves effortlessly through the cool and melodic tones of the tragic Baker. Most appropriately, this set ends with the signature rendition of "My Funny Valentine." The package includes a fantastic essay by Ernest Hardy, detailed and thorough liners and beautiful and telling photographs. Another great jazz collection from this young label that has me hoping they will continue with this series.

Well, it is about damn time that this record came out! The Dirty Dozen Brass Band gets its first collection treatment and Shout Factory doesn't miss a beat. This ground breaking and highly talented band brought the traditional backbone of New Orleans brass band music into the modern era. Starting with their premier single, "My Feet Can't Fail Me Now," and progressing through Dirty Dozen standards like "Mardi Gras in New Orleans," "Charlie Dozen," the Meters classic "Cissy Strut" and "Just a Closer Walk with Thee," this collection touches upon each and every recording the band ever recorded. Steve Hochman contributes an excellent essay and the package contains thorough liner notes and insightful photographs. This record is just plain fun!

Continuing in their Herb Alpert reissue series, Shout! Factory releases the second set of three albums from Alpert's 1960's output. Nothing says the '60s more than the theme to the Dating Game, which is featured (as the original title "Spanish Flea") on the ultra-successful Going Places. Also included on this one are the Mexican-themed "Cinco de Mayo" and "Tijuana Taxi." In addition, Shout Factory will be reissuing What Now My Love, which features movie themes from Zorba the Greek and The Sandpiper and SRO, which witnessed the Alpert ensemble stretch its sound to include pop and jazz. This series has proved after six releases a high quality celebration of one of pop's great artists and recordings. 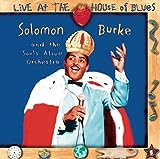 Solomon Burke
Live at the House of Blues

While Burke recently won a Comeback Artist award from the Blues Foundation, he really never went away too long and Shout Factory recently released two of finest recordings from the 1990's, Soul of the Blues and Live at the House of Blues. The finer moments of Soul of the Blues are realized in Burke's renditions of the Wynonnie Harris/Elvis standard "Good Rockin' Tonight," "Crawdad Hole" (Though I am partial to the Maury Wills rendition) and the Johnny Ace classic "Pledging My Love." Live at the House of Blues showcases Burke's great voice and fiery persona. While backed by a thirty-three piece orchestra, Burke takes his New Orleans rollicking audience through inspired renditions of "Ain't Nobody's Business," "Good Rockin' Tonight," and "I Want a Girl." While these reissues contain no significant additions to the packaging from the original Black Top Records releases, the recording has been beautifully remastered. 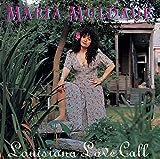 Just as with the Solomon Burke reissues, Shout! Factory raided the Black Top Records vaults and pulled out two of Maria Muldaur's most down home and critically acclaimed albums, Louisiana Love Call and Meet Me at Midnight. Both explore Muldaur's southern roots with turns in folk, blues, country, soul and Cajun music. Both albums feature inspired guest appearances by Ann Peebles, Dr. John and Aaron Neville. Muldaur is in fine form and both make great additions to any music lovers collection. Muldaur's voice proves both endearing and authentic on these records, which could be some of her finest and some of the best "modern" blues/roots recordings.

The first collection is the highly anticipated '60s Rock Experience. While this collection misses the obvious subjects of the Beatles, the Rolling Stones, and the Doors (more likely an issue of clearances than an oversight on the producers' part), after listening to the 59-track collection, you do not even feel the void. The collection takes on the social movement of the decade, rather than a historical or chart-toppers approach and divided the discs into three subject areas. On disc one, where Vietnam serves as the "backbeat," the collection presents hits by such diverse artists as the Byrds, Fontella Bass, Iron Butterfly, the Monkees, the Kinks, and Jr. Walker & the All Stars. The flow of this disc shows the dichotomy of the time: fun and serious. Disc two explores the "love-in" feel of the later half of the decade with hits by Jefferson Airplane, Van Morrison, Dusty Springfield (her sultry "Son of a Preacher Man" never gets old), Percy Sledge, Sonny & Cher, and the Young Rascals. On the third disc, the topic is music with a message and meaning. Recordings by the Grateful Dead, Edwin Starr, Manfred Mann, the Hollies, and Country Joe and the Fish are included. Great and thorough liner notes and essay complete this top-shelf box.

If you want fun in a box set, this is the package to check out! A complete three disc collection of some of the greatest moments in soul and funk music, old-school style. Shout Factory doesn't miss a beat (no pun intended) with track selection, inclusion of great period photos and a solid booklet of quotes and credits—not too thorough, but this isn't a historical perspective, but a celebration of an era. This collection kicks off with Wild Cherry's "Play That Funky Music" and ends with Minnie Rippington's "Lovin' You." In between, the boxset features recordings such as Parliament's party standard "Give Up the Funk," the Gap Band's "You Dropped a Bomb on Me," Cheryl Lynn's disco-esque "Got to Be Real," Al Green's "Sha-La-La," Marvin Gaye's "Sexual Healing," and Atlantic Star's wedding standard "Always," to name but a few.

The next few months from Shout! Factory will see this energetic label digging into the great Bethlehem catalogue and reissuing Duke Ellington's Duke Ellington Presents... from 1956, Charles Mingus' 1957 bow East Coasting, and John Coltrane's 1957 record The Bethlehem Years on August 2nd. Then on August 16th, Shout Factory continues its top-shelf reissue series from the Herb Alpert catalogue with the 1967 releases of Sounds Like and Herb Alpert's Ninth and his 1968 workout The Beat of the Brass. August 23rd will find Shout Factory releasing a two-CD set of Johnny 'Guitar' Watson called What the Hell Was That · The Funk Anthology and again dipping into the Bethlehem catalogue with Dexter Gordon's 1955 album Daddy Plays the Horn, Charles Mingus' A Modern Jazz Symposium of Music and Poetry originally released in 1957 and the 1960 double disk Porgy and Bess from George Gershwin. Finally, for now, they will releases Dion's Career · The Definitive Collection on August 30th. I am sure that all of these will get the same excellent and above board treatment when it comes to the remastering, packaging and liners that everything from this label has received to date.

Visit Shout!Factory on the web.