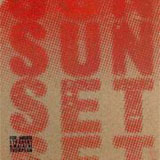 Steinbeck's propulsive ostinatos are key to the music, but it's veteran drummer Warren Smith who is the groovalicious backbone of the quartet. Smith cut his teeth in marching bands on Chicago's Southside in the late 1940s, moving to New York and the hard bop scene in the 1950s. Since then he's combined adventurous, a-list jazz and ethno-music activities with more lucrative R&B and pop session work (in the 1960s and 1970s he was frequently employed by Motown, recording and touring behind Marvin Gaye, Gladys Knight and others). He draws on all these experiences here, laying down righteous, funky beats throughout.

The other veteran is trumpeter Malachi Thompson. Sun Set is amongst Thompson's final recordings, and he passed from a longstanding illness two months after the album was made. His playing—always soulful, though here, not surprisingly, somewhat subdued—catches the spirit of the music in fine roots style. Thompson's dialogues with trombonist Chris Washburne are among the album's highlights—the trombonist's exuberant lines, rich in growls and smeared notes and often played in a fruity bass register, complementing the older man's less prolix lines.

All the tunes—with the exception of Thompson's signature "Free-bop Now!"—are Steinbeck originals. In general, they're brief and fragmentary, more concerned with establishing a groove than with melodic and harmonic invention, and a certain sameyness sets in over the course of the album. In this respect, Wilson's Ride! is more successful (and benefits too from its bigger line-up).

"The Blue Devils And The Holy Ghost" is the most distinctive of the originals. It starts with lush vibraphone textures over a gospel-type bass pattern, before Smith moves to drums and the tune morphs into a rambunctious, ex-New Orleans slow march, replete with raucous tailgating trombone. Other standouts are the title track—its melodic, Motownesque theme played by the horns in exquisite close harmony—and the closing "Number Six," an extended showcase for Smith's moody vibraphone.

Fredology (1-2-3-4); Sun Set; The Blue Devils And The Hly Ghost; Elevated; Elements One And Two; Three For All; Freebop Now!; Sustain Me; Which Sounds Bring Which? Spirit; Donuts; Sun Shine; Number Six.