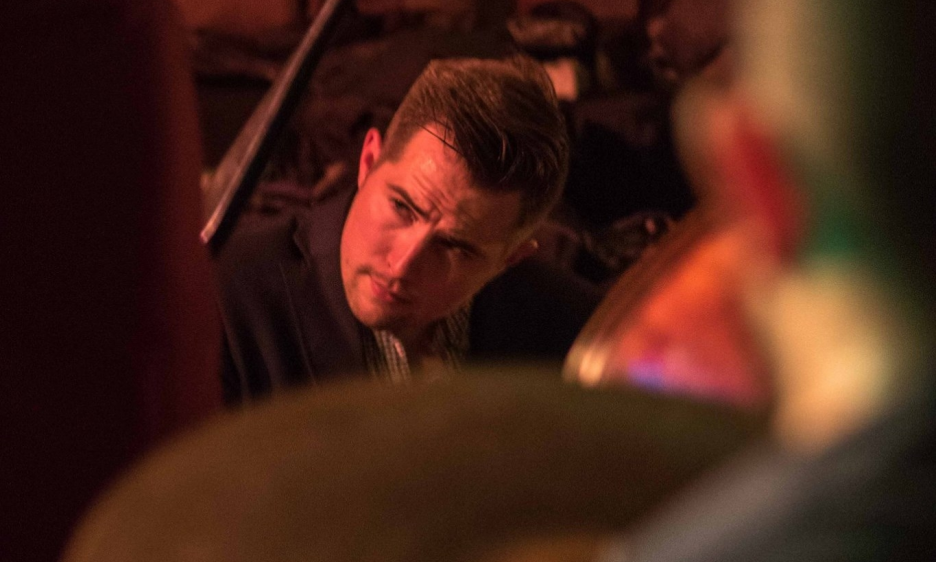 I learned a lot from this album when I was younger. And over the years when I would listen to it, I would always learn something new. The act of diving in deeper, investigating, and then performing these songs in their entirety is going to be a profound experience.
—Stu Mindeman

When reflecting on his 1968 recording Now He Sings, Now He Sobs, Chick Corea shared the following with jazz journalist Don Heckman:

"The title...comes from I Ching, an ancient Chinese book that I was into in the '60s when I was studying different philosophies and religions. It's also known as the Book of Changes. And it has a section named "Now He Sings; Now He Sobs—Now He Beats The Drum; Now He Stops." The poetry of that phrase fit the message of the trio's music...to me. You know, the gamut of life experiences—the whole human picture and range of emotions," said Corea about the recording, which includes bassist Miroslav Vitous and drummer Roy Haynes.

Five decades later, this album is being reinterpreted by pianist Stu Mindeman, bassist Clark Sommers, and drummer Dana Hall for the 2018 Chicago Jazz Festival (see the event information below for location, date and time). It is being presented by the Jazz Record Art Collective (JRAC) and the Jazz Institute of Chicago.

For Mindeman, reviving this important work with Sommers and Hall is a welcome and daunting challenge.

"I learned a lot from this album when I was younger. And over the years when I would listen to it, I would always learn something new," Mindeman recently told allaboutjazz.com. "The act of diving in deeper, investigating, and then performing these songs in their entirety is going to be a profound experience."

During rehearsals, the trio discussed the album's collectively improvised moments. Mindeman wondered how this might be addressed for the live performance. The resolution happened once the improvisations' various vibes were discussed. He, Sommers, and Hall decided to honor the original trio's true spirit on the recording that so moved them.

"It might not end up being anything like the original, but it still uses similar textures," he said. "And this is probably the most challenging thing about performing this body of work."

When asked what he anticipates for the upcoming performance, JRAC Director Chris Anderson said he is eager to hear what Mindeman says about the album and the situations that created it.

"This was a time in Corea's life where he really started to free the music up," said Anderson, whose JRAC previously hosted Mindeman, Sommers, and Hall this past April, when they reinterpreted Roy Haynes' We Three. "When you only have a trio, people can see that it can be limiting. But Now He Sings...broadened things and opened doors. It's an incredible piece of work."

From Chile to Chicago

Two weeks after Mindeman's residency at the Jazz Festival—where he will also play in ensembles led by trumpeter Quentin Coaxum and vocalist Kurt Elling—Woven Threads (Sunnyside, 2018) his second album, will be released. The initial recording sessions began in Chile, where he lived during his childhood. (His birthplace is Tulsa, Oklahoma.)

"Woven Threads is a metaphor for weaving different things into one. This is a very personal work for me. It combines my experiences as a North American jazz musician with what I have learned from working in South America, especially Chile," said Mindeman, who has previously toured Peru with Chinchano, an ensemble led by drummer Juan Pastor. "It does not really fit into any one (stylistic) category."

The recording sessions in Chile included vocalist Francesca Ancarola and rapper Ana Tijoux. "(Ana) has a message of feminism and anti-colonialism in her music," Mindeman noted, "and this is integrated with the Latin American folklore and jazz elements in her hip hop."

Upon returning to North America, Mindeman added orchestrations, horns, and vocals to his arrangements. Special guests participating in these sessions included Elling, violinist Victoria Moreira, and saxophonists Greg Ward and Miguel Zenon. "I first heard Stu a few years back on Pastor's album Chinchano and was greatly impressed by his playing and writing," Zenon said. "Later on...Stu asked me to guest on his album, and I had a great time digging into and recording the music. He's a very gifted composer and pianist. The album is great, with a diverse combination of elements all put together at a very high level. I am glad I could be a part of it."