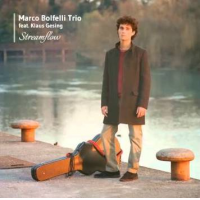 The scintillating "Madiba" (Nelson Mandela's Xhosa clan name) opens up this set with a cascade of fluidly chiming harmonics. Developing at a moderate pace, it's a haunting celebration of a uniquely inspiring leader. "70pic" signals that the nearest equivalent to Bolfelli's playing might be that produced by virtuoso Bill Frisell, both chordally and melodically with characteristic interrogatively bending notes that so nearly describe the glissando of a pedal steel guitar. On "Nekar" the trio is joined by guest Klaus Gesing on bass clarinet, adding a new dimension and providing contrasting tonal depth particularly when Gesing plumbs the lower register of his instrument and shares an exciting improvisational interlude with Bolfelli.

As its title implies, "Take The C-Train" is a paen to Duke Ellington with Bolfelli reworking the main theme of this most famous Billy Strayhorn number before moving tangentially to an extended extemporisation by Bolfelli and Klaus Gesing on soprano saxophone. "Back To The Garden" is a quiet ballad affording Bolfelli a good opportunity to stretch out his soloing skills, whereas the final fascinating track "Taiga," evokes at times the sound of the Japanese shamisen, but here played on a guitar.

The debut album by this young Italian guitarist and Berklee College student is a hugely impressive and satisfying affair and judging by Streamflow, Bolfelli undoubtedly will ascend to even greater things in the future. 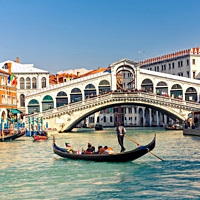