Stranger Things: Kate Bush And The Forest Of A Thousand Tongues 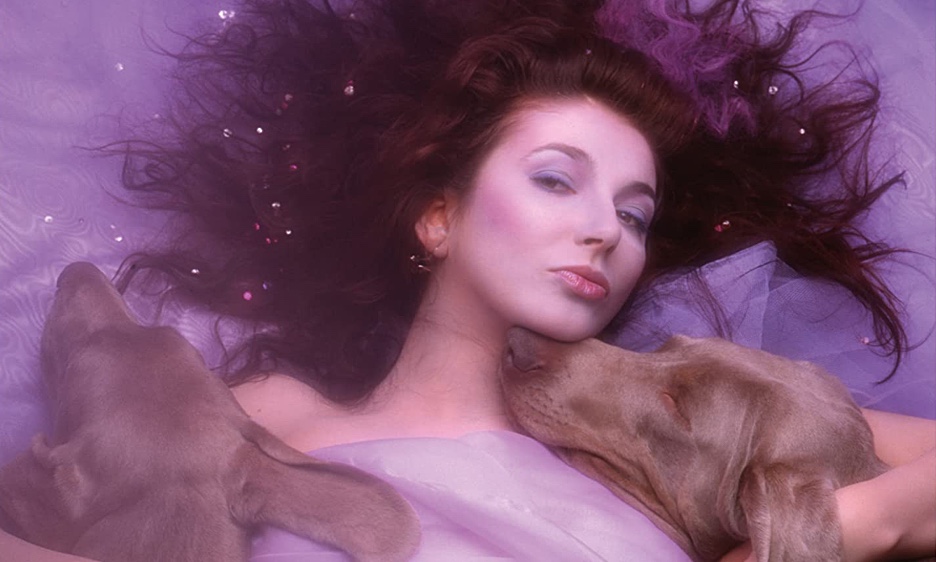 By Mick Raubenheimer
June 12, 2022
Sign in to view read count

The use of the song in pivotal moments of the latest season of the hit series Stranger Things has brought the track back into the British Top 10, near 40 years after its original success, exposing Bush’ subtle yet gleaming genius to an entire new generation.

The arrival of '80s-flavoured teen Sci-fi-meets-Lovecraft Netflix series Stranger Things 4th season has shed unexpected fresh light on one of the more reclusive and fascinating female singer-songwriters of the last four decades, Kate Bush, via crucial use of her 1985 hit "Running Up That Hill (Deal with God)." The use of the song in pivotal moments of the latest season of the hit series has brought the track back into the British Top 10, near 40 years after its original success, exposing Bush's subtle yet gleaming genius to an entire new generation. We look back at pivotal moments of Bush's career and the album that birthed the enigmatic, evergreen song.

When Catherine Bush was thirteen years old she was already versed in the language of piano, and in the old pump organ kept in the shed of the family's sprawling, East Wickham farm. She had already authored dozens of songs, some of which—including the hit "The Man with the Child in his Eyes"—would appear on her debut album six years later. Intrinsically English, Kate Bush's highly romantic musical world was rooted in the older British Isles which still hummed with legend and lore—whose fields and forests were still home to mysterious creatures of neighbouring Gaelic and Celtic descent. Worlds whose secrets were magickal, rather than magical.

Bush's journey into the world of pop music was more than a little charmed. She was born into a musical family—her dad was a doctor who was also a talented pianist, and all of her siblings became musicians. Much of the material for her first albums was conceived in the rambling idyll of the Bush farmstead. Discovered at age sixteen by Pink Floyd guitarist David Gilmour, who subsequently championed her— even producing her first professional demos—by nineteen she was topping the British charts with the delicious histrionics of "Wuthering Heights." Bush's first album, The Kick Inside, was an auspicious debut. Her already sophisticated musicality and gymnastic vocals aside, its songs referenced literature, philosophy, and more obscure fields, and wasn't shy of courting the dark and outre'—the title track tells the story of an incest-sprung pregnancy by way of the sister's romantic suicide note. Bush was also unabashedly sensual, but rendered sex and sexuality elegantly—poetically—compared to the coy vulgarity of most pop and rock trends. Her infectious celebration of feminine self was manifest in the gloriously un-checked twists and leaps of her shining vox. More so than any female artist before her, even Patti Smith, Bush was a potently independent artist. Still a teenager when The Kick Inside was released, she stood her ground against her record label, EMI, insisting that the idiosyncratic "Wuthering Heights" be the lead single, rather than their pick—the more rock oriented, accessible, "James and The Cold Gun."

By the release of her third album, Bush had asserted near total control of her music. By 1985, with the release of masterpiece Hounds of Love, she controlled every aspect of recording; operating from her stable-turned-cutting edge-studio. Bush's unflinching independence would inspire a legion of subsequent female artists, perhaps even more so than her brilliant musical flair. The likes of Tori Amos, Aimee Mann, Florence & The Machine and Joanna Newsom seem unthinkable without her precedence.

Beneath the shimmering surfaces

That Bush's 5th LP, Hounds of Love, following on a string of commercial hits from previous albums, would be her highest charter yet, is testament to her uncanny gift for marrying commercial success with eccentric originality. If one takes into account that the second half of the record is essentially a prog-rock concept album about a woman drowning—now humming, now booming with technological experimentalism and jazz undercurrents—its success beggars belief. The single (and four of the first five songs on Hounds of Love would become high-charting singles) "Cloudbusting" even knocked Madonna's "Like a Virgin" off the number one slot in the charts. As a whole, Hounds of Love is a strange creature: It was sonically sculpted to have two halves. The first consists of the pop world according to Kate Bush—a sonically delightful space which houses masterpieces "Running up that Hill (Deal with God)" and "Cloudbusting." Its second half is more demanding: An aural suite exploring the hallucinatory experiences of a drowning woman, it flows and ebbs, never becoming prosaic. The "Ninth Wave" suite contains in its depths even more layered beauty than is to be found in the glinting genius of songs that precede it. A phenomenon of an album.