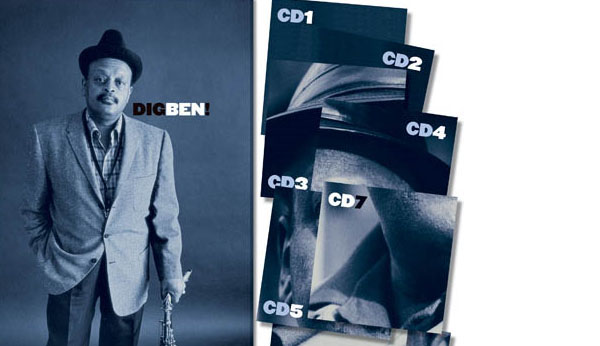 By CHRIS MAY
December 22, 2010
Sign in to view read count
Since its foundation during the European revivalist movement of the early 1950s, Copenhagen-based Storyville Records has grown into a major repository of New Orleans, big band and mainstream recordings. With something approaching 600 releases in its back catalogue, the label is a treasure trove of jazz that swings.

Founded in 1952 by Danish jazz fan Karl Emil Knudsen, Storyville's original mission was simply to reissue US recordings for Scandinavian revivalist fans, though within a year it was also recording British and Danish revivalist bands and was soon to extend its A&R policy beyond New Orleans and its echoes.

Despite a predilection for funny hats, fancy dress and beery bonhomie, Europe's revivalists were a passionate community, made up of musicians and audiences who believed that they, and they alone, had the hotline to authentic jazz. Big bands were anathema; bop was obscene; and the French critic Hughes Panassie—whose dogmatic adherence to "real" jazz led him to count the indifferent Mezz Mezzrow as a greater clarinetist than Benny Goodman—was the not so secret eminence grise. The expression "tunnel vision" could have been invented for Panassie and his flock.

The most monomaniacal of Britain's revivalists was the trumpeter Ken Colyer, the first bandleader to be recorded by Storyville. In 1951, Colyer signed on as a cook with a British merchant ship, with the purpose of staying ashore when it berthed in Mobile, Alabama and visiting New Orleans. He succeeded in reaching the city and playing with his heroes. Overstaying his visa, Colyer was jailed and deported back to Britain, where he arrived in early 1953—by virtue of his New Orleans pilgrimage now a hero himself. (The religious fervor which Colyer invested in his relationship with New Orleans jazz continued to be felt in Europe through the decade. In 1960, revivalist fans at Britain's Beaulieu Jazz Festival actually fought a pitched battle with modernists in the grounds of the stately home which hosted the event. Colyer himself kept the faith until his death in 1988).

Colyer's band recorded for Storyville during a visit to Copenhagen in 1953. In the few next years, practically every European revivalist band of note was recorded by the label and/or played at the Storyville club. The only notable omission seems to have been the band led by trumpeter Humphrey Lyttleton. Many of these recordings are available today in Storyville's engrossing 15-CD series The Golden Years Of Revival Jazz. Like fading snapshots, long removed from their cultural context, the tracks speak of another age, but the passage of time hasn't diminished the crusading enthusiasm with which they were made.

That Storyville outgrew its parochial, revivalist roots—to embrace artists ranging from trumpeters Colyer and Louis Armstrong to saxophonists Ben Webster, Warne Marsh and Lee Konitz, and pianist Duke Ellington's band—is to a large extent due to the determination and wide open ears of Knudsen, who helmed the label until his death in 2003.

Knudsen had a sure touch with revivalist signings—trombonist Papa Bue's Viking Jazz Band sold millions for Storyville in its early years—but unlike the stereotypical revivalist, he loved a broad spectrum of jazz. Towards the end of the 1950s, for instance, Storyville acquired the European rights to the US label Roulette, then riding high with a slew of big selling mainstream recordings such as pianist and bandleader Count Basie's The Atomic Mr Basie (1957). Profits have always been precarious in the jazz business, but under Knudsen's stewardship, and with his wide ranging A&R policy, Storyville early on achieved a degree of financial stability that has eluded most other independent European labels.

In 2005, Editions Wilhelm Hansen, a long established Danish publishing company and part of the Music Sales Group, acquired Storyville from Knudsen's family. Anders Stefansen, who worked at Storyville in the 1950s and returned there in 1992, and Mona Granager, who joined in 1976, continue to manage the label.

Anders unhesitatingly credits Knudsen for Storyville's success. "His key qualities were his tremendous enthusiasm for the music, his energy and his determination to achieve whatever he set out to do, be it a big thing or a small one."

Asked for his own ambitions for the label in 2010, Anders replies: "To survive, to be in business ten years from now." With releases slated for 2011 including an eight-disc Louis Armstrong CD/DVD box set, and a new package from pianist Mary Lou Williams, that looks about as close to a certainty as can be hoped for in the record business.

Here is a small sample of the treasures in Storyville's catalogue:

Dig Ben!: Ben Webster In Europe & Some Last US Sessions

Among the jewels in the Storyville catalogue is a large body of work by Ben Webster, some of which is included on the eight CDs which make up this magnificent box set.

After Coleman Hawkins and Lester Young, both featured elsewhere in the Storyville catalogue, Webster—a featured soloist in Duke Ellington's bands of 1940-44 and 1948-49—was one of jazz's most influential pre-bop tenor saxophonists, and perhaps the instrument's most gorgeous balladeer of any era. Webster's legacy, however, is often undervalued in the standard jazz histories. Partly, this is because Hawkins, eight years his senior, and Young, his exact contemporary, peaked earlier. Partly, it is because Webster left the US for Europe in 1964. Unlike the younger tenor player Dexter Gordon, who was resident in Europe from 1962 until the mid 1970s, Webster never returned to the US, and died in Amsterdam in 1973. Had he returned home, he too would likely have been rewarded with national treasure status, as was Gordon. Out of sight, in Webster's case, meant out of mind.

The new world's loss was the old world's gain. Webster was lionized in Europe, receiving a degree of recognition he'd only previously received in the 1940s while a member of the Ellington band. He was recorded frequently, accompanied by great musicians—local, such as bassist Niels-Henning Orsted Pedersen, pianist Stan Tracey and trumpeter Roffe Ericson; and visiting, such as pianists Kenny Drew and Teddy Wilson, trumpeters Buck Clayton and Clark Terry, and drummers Albert "Tootie" Heath and Ed Thigpen—all heard on these CDs, along with a dozen others of the same caliber.

Recorded live and in the studio between 1964-73, the ten-and-a-half hours of music on Dig Ben!: Ben Webster In Europe & Some Last US Sessions catch Webster in a variety of mostly small group settings, and on the final disc with the Danish Radio Jazz Orchestra. Webster is almost always in top form. He loved living and working in Europe, and you can hear that in his playing: the material is familiar, and Webster returns to the same small body of tunes time and again, but his passionate engagement never wanes.

The set was compiled and produced by Anders Stefansen. The box includes a large format 28-page booklet, co-edited by Henrik Wolsgaard-Iversen, chair of the Ben Webster Foundation. Detailed session and personnel details are included for every track, and there are also half a dozen essays, all of them illuminating, from Wolsgaard-Iversen, Niels-Henning Orsted Pedersen and other friends and colleagues of Webster.

The Ben Webster Foundation, by the by, is a not-for-profit organization that looks after Webster's artistic, intellectual and monetary interests. One of the premises of the Foundation's charter is "to spread jazz in Denmark," and amongst its activities the Foundation has since 1976 funded the Ben Webster Prize, awarded to promising local musicians and now worth DKR 25,000.

Dig Ben! is a class act, musically and on paper. For Webster aficionados this is the Koh-i-Noor diamond in the Storyville jewel box.

The Brute And The Beautiful

If Dig Ben! is one for Webster devotees, the two-CD set The Brute And The Beautiful is the perfect place for newcomers to dip their toes in the water.

The first disc, The Brute, collects 13 tracks featuring Webster with his hot, bluesy, and at times almost R&B-ish, hat on. The earliest, "Nasty Attitude," which includes vocalist Walter Brown and pianist Jay McShann, was recorded in Kansas City in 1949. Four others were recorded in New York in 1958 and Rhode Island in 1963. All the other tracks come from Webster's post-1964 European period.

Webster could cook to perfection on a greasy skillet, as disc one demonstrates, even if the relentlessly vocalized tone he adopted at higher temperatures could sometimes get close to being samey. But one of Webster's mottos was: "If you can't dump your shit in two choruses, forget it!" Any threat of monotony soon passes.

Another of Webster's mottos was: "There are only three tempos in jazz: slow, medium and slow." This is the maxim de jour throughout disc two, The Beautiful, which collects 14 prime examples of Webster the balladeer. Aside from five tracks recorded in New York in 1958 and 1964—including "Sophisticated Lady," an eight-minute private recording made with bassist Milt Hinton at Hinton's New York home shortly before Webster left the US—all the tracks were recorded in Europe.

To listen to Webster over 68:27 minutes of uninterrupted balladeering is the audio equivalent of tantric sex. Gorgeous, voluptuous, exquisitely lyrical, with a tone that will soothe the most savage beast, this is Webster at his most transporting.

The first nine tracks on this 12-track CD were recorded at Copenhagen's Montmartre club in January 1965, a month after Webster's arrival in Europe. The final three tracks were recorded at the club in May 1966. The Montmartre was practically Webster's home from home in Copenhagen, and he performed there frequently: the first disc in the Dig Ben! box set consists of nine tracks he recorded there in May 1968.

On practically all these Montmartre recordings, the pianist is Kenny Drew and the bassist Niels-Henning Ørsted Pedersen. Drummers are Al Heath, on the box set, and Alex Riel and Atli Bjorn on this CD. Highlights here are the four ballads: "My Romance," "How Long Has This Been Going On," "Someone To Watch Over Me" and Danny Boy."

The Brute And The Beautiful and At Montmartre 1965/66 are both excellent entry points for Webster novitiates, and there are other Webster discs in the Storyville catalogue of an equally high standard. But for devotees, anything other than the Dig Ben! box set is a compromise.