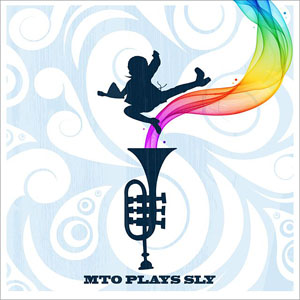 The Sly Stone songbook is a solid gold thing, and it is strange that it is so rarely revisited. Then again, repertory tributes are generally paid to artists who have passed. Stone is still with us, although, it sometimes seems, only just: over the last few decades, he has been ravaged by "personal problems" which would likely have finished off any mere mortal. The man who promised the late 1960s/early 1970s counterculture that he wanted to take it higher, and whose pre-Family Stone band was simply called The Stoners, has himself gotten higher than most—and the subsequent crash and burns have not been pretty.

Step forward downtown NYC trumpeter Steven Bernstein and his little big band, the Millennial Territory Orchestra. As a pre-teen growing up in Berkeley, California at the time of Stone's post-Woodstock ascent, Bernstein was aware of the Family Stone, but too young to be a card-carrying fan. He plugged in later. When, in 2009, he was asked to come up with a strand for NYC's River To River Festival, which was that year celebrating Woodstock's 40th anniversary, he suggested a Sly & The Family Stone tribute.

MTO Plays Sly grew out of that project. Mercifully, it is no "recalibration," "reimagining" or "reconstruction." It is a celebration, a loving jubilance, pure and simple. The nine-piece MTO romps through some of Stone's best-loved songs, sticking closely to the spirit of the originals, augmented by guests including Parliament-Funkadelic organist Bernie Worrell (67 years old and the hero of the hour), Living Colour guitarist Vernon Reid, remix wizard Bill Laswell and a mix 'n' match lineup of vocalists comprising Martha Wainwright, Antony Hegarty, Shilpa Ray, Dean Bowman and Sandra St. Victor. 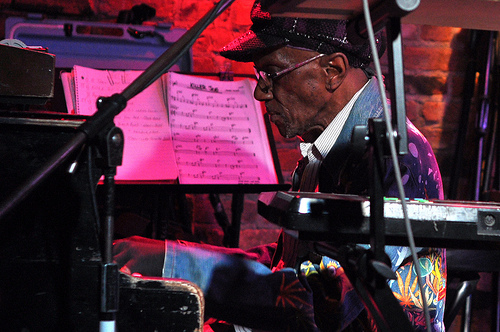 Eight of the eleven main tracks (there are additionally a couple of brief interludes) have vocals, five of them taken by either Sandra St. Victor or Dean Bowman, gospel-drenched soul singers who perfectly inhabit the material in front of them: "Stand," "M'Lady," "Skin I'm In," "Fun" and "Time." Antony Hegarty's reading of "Family Affair" is hyper-vulnerable; Martha Wainwright's "Que Sera, Sera" by turns fatalistic and defiant; both singers make the songs their own without losing touch with the original recordings. Shilpa Ray's blues/punk "Everyday People" is at times a little mannered, but it cooks, too.

Of the instrumental tracks, Bill Laswell's primal-funky "mix translation" of "Thank You For Talkin' To Me Africa" is the most radically inclined, but it, too, is in the spirit. Worrell, a longtime Laswell collaborator, wails centerstage, and the groove is heightened by a Vernon Reid guitar riff as insistent as any tenor guitar ostinato in Afrobeat originator Fela Kuti's bands. The track fades dubwise.

The two "Sly Notions" interludes, both featuring MTO's violinist Charles Burnham and banjoist Matt Munisteri, inject a little bluegrass into the proceedings: a style and ethnicity mash-up of which the Family Stone would surely have approved.