By DOUG COLLETTE
July 1, 2018
Sign in to view read count
A key member of L.A.'s Paisley Underground scene as founder/member of the Dream Syndicate, Steve Wynn didn't just follow his muse when he embarked on a solo career in the Nineties, he willfully pursued it. These expanded editions of Kerosene Man and Dazzling Display, reaffirm the durability of his songs, the idiosyncratic likes of which have been have been covered by R.E.M., The Black Crowes, Luna, and Concrete Blonde, among others. Fortunately for Wynn's followers, all his various projects have nurtured his creativity, so that the Dream Syndicate, his main creative occupation remained a viable collaborative outlet while originally active from 1981 to 1989, while the band has kept active since reuniting in 2012. In keeping with prolific nature of that group, Steve's enlistment of (many) like-minded musicians for the accompaniment on other endeavors he's spearheaded (Gutterball and The Baseball Project) also injected a fresh and fertile strain of growth into his debut solo album and its successor, both of which Omnivore Recordings has remastered and expanded in their usual stylish and comprehensive fashion. 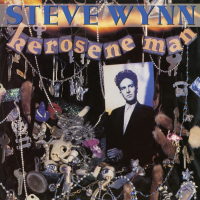 As fully guitar-dominated as with the main body of the album, vis a vis "Killing Time," the bonus tracks curated for Kerosene Man reinforce the impression that Steve Wynn's solo work was designed to free him from any self-consciousness in arranging and producing his own material apart from the Dream Syndicate. Acoustic textures are a distinct departure from the electricity of that ensemble, the variety of which arrangements suits songs most of which also maintain a more formal structure than the quintet adopted. The unfortunate drawback is that Wynn's voice isn't quite flexible enough to fully render mellifluous numbers such "The Blue Drifter:" his stentorian tones can't quite soften to match the glowing electric piano and soft purr of saxophone there, even though the edge in his voice on "Younger" suits that song's raucous atonality. Still, such musical questions that arise in retrospect, so that fans of the man and/or collectors will find this reissue invaluable with the inclusion of the rare Straight To The Swapmeet: Legendary Authorized Bootleg, where the relative merits of the musicianship overcome the blemishes. 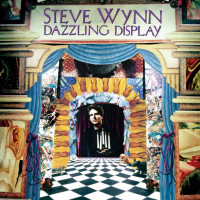 The culmination of the aforementioned, previously promo-only content concludes with a cover of Bob Dylan's apocalyptic shuffle "The Groom's Still Waiting at the Altar" and thus serves as a segue to Steve Wynn's solo sequel. There six bonus tracks include another composition of the Nobel Laureate's (Watching the River Flow"), alongside compositions of Wynn's kindred spirits Sonic Youth and Lou Reed. Almost but not quite living up to its wry title by dint of those numbers, Dazzling Display, as Wynn explains in the liner notes, conceived and executed to sound brighter, more upbeat and thus more accessible. Which it does, to some degree, at least in comparison to some of his other work, precisely because the density of production here camouflages the intrinsic limitations of the man's aforementioned vocal traits (deliberately reminiscent of Lou Reed and Tom Verlaine of Television?). Still, the guitars wink in and out of prominence within the whimsy of "Tuesday," for instance, adding color accentuated by Michael Graves' mastering, which in turn matches that of its companion piece, along with the collectible quotient of this reissue.

Tracks: Drag; Tuesday; When She Comes Around; A Dazzling Display; Halo; Dandy In Disguise; Grace; As It Should Be; Bonnie And Clyde; 405; Close Your Eyes; Light Of Hope; Kool Thing; Boy In The Bubble; Conspiracy Of The Heart; Watching The River Flow; Crazy Feeling; The Long Goodbye.