Steve Lacy: Straight from the Horn

By ANDREY HENKIN
October 28, 2003
Sign in to view read count

“I wanted to come back. You can't stay away forever. I'm from here, I'm from New York and it was time to come home."

Soprano saxophonist Steve Lacy, whose career began inauspiciously in 1954 on an instrument which would lose its main progenitor in Sidney Bechet five years later, made this statement recently during an interview with AllAboutJazz-New York. The 69-year-old Lacy, neé Lackritz, has removed the ex- from ex-pat, after close to 35 years immersed in Europe's rich cultural opportunities.

The mid '50s to '60s saw Lacy playing with musicians as diverse as Cecil Taylor and Gil Evans, releasing four records as a leader for Prestige, New Jazz and Candid and being involved with the Jazz Composers' Orchestra organized by Carla Bley. He came to Europe for two years, spending time in Rome and quickly establishing himself there through a series of albums, some recorded with a group that included Italian trumpeter Enrico Rava. 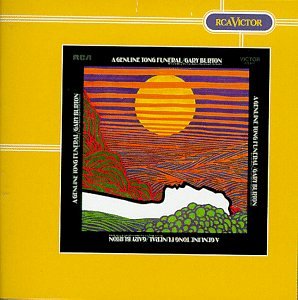 He returned to New York in 1967 only to record two albums, Gary Burton's A Genuine Tong Funeral (written by Carla Bley) and The Jazz Composers Orchestra's Communication, before returning, frustrated, to Europe – Paris this time – and settling there until returning to the States last year.

"Europe was an opening for me in the ‘60s," says Lacy. "The '60s in New York, things were really very tight and the music we were doing was completely underground. And we couldn't make any money and we had to work days, and it was misery. And when I got to Europe in '65, I found that that there was lots of work there for me. People knew my sound and everything. There were clubs and record companies and very good musicians everywhere. And there was no need to go back underground so I stayed in Europe for a while. And when I came back to New York... it was worse than ever.

"So then we left in '68 and we stayed. It was very fruitful for us and we were able to form a group and develop our music in the next 30 years. And then it started to go the other way and we started to work more in America than in Europe. It started to dry up in France and it was time to come back home."

American jazz musicians, from Bechet to the Art Ensemble of Chicago (who were in Paris at the same time as Lacy), have seemed to have an easier time in Europe. Recalls Lacy: "It was the question of having the possibility of work. A musician without work is the most pathetic thing in the world... like some kind of bum with an instrument. You got to have the gigs, where are the gigs? There was nothing happening in New York for us so it had to be Europe. And Europe is vast so there was work in Italy, France, Holland, Germany, in Scandinavia... in England. So it was a much richer scene and much more possibilities."

Lacy recounts the days in Europe when, unlike anything in the States, even to this day, musicians were supported as an integral part of the culture. "The Socialist Party, the Communist Party, the radical Party, all the different political parties supported culture. That was true in France and in Italy at least. There was work at the festivals that the political parties ran and they also sponsored tours."

During those years, Lacy would record frequently, perhaps holding the record for most records released on different labels in different countries. "I've been making records for almost 50 years... I'm glad of the ones I like that I've made and I regret the ones I don't like that I've made," says Lacy. "...It's important to me because each record is a messenger of your own style and they get around even more than you imagine... a record is very important ... for spreading the content, disseminating the content around the world. People in Mexico have some of the records, and in Japan, in Australia and to me that's very important because that's the way of touching people, of communicating. And sometimes it gets back to me how much the records mean to them."

Lacy's recorded output, myriad as it is, can be split into several discernable categories. There are his solo recordings, some of which include Lapis (Saravah, 1971), Concert Solo (Emanem, 1972), Solo at Mandara (Alm, 1975), and Stabs (FMP, 1976). Lacy, playing an instrument which has had few real icons and is usually a second choice for tenor players since Coltrane, single-handedly created the solo soprano saxophone. He also rescued the instrument from obscurity, introducing it as a potent voice in the avant garde after it had been largely ignored by bop players.

"There is a great advantage to being the only one doing what you're doing and there's a disadvantage too because it's a lonely quest," says Lacy. "You don't get any advice from anybody, you have to go it alone. You have to invent the whole thing yourself." When asked why he never felt the need, like so many other horn players working in the avant-garde, to pick up another instrument, he frankly replied. "For what I wanted to do on the soprano, I needed to concentrate on that and also the fact that I found that there were so many possibilities on the soprano. It was enough for me, one instrument was enough and one instrument was completely challenging and fulfulling so why be a bigamist. I was happy with just that horn and I still am. It is still opening up for me and I'm still finding new things to do with it.” 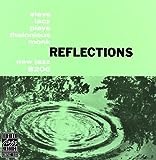 Lacy had a long association with the late pianist Mal Waldron which began with the album of Monk tunes Reflections (New Jazz-OJC, 1958). Waldron left for Europe before Lacy but the two reconnected there and continued a relationship that would last until the pianist's death in 2002. “I played in his group, he played with my group,” recalls Lacy. “We recorded together and then finally we started doing duos in 1979 and then we did hundreds and hundreds of duos and many records together. And it was always wonderful to play with him. It was great.” Fruits of the collaboration included Journey without End (Victor, 1971), One-Upmanship (Enja, 1977) and Live at Sweet Basil (Evidence, 1987) and duo recordings throughout the ‘80s and ‘90s. The strength of their collaboration was felt by all when Lacy and pianist Geri Allen performed a delicate and beautiful rendition of Waldron's "Seagulls of Kristianstad" at the the pianist's memorial at New York's Saint Peter's Church in early 2003.

But Steve Lacy may be best known for his work with his steady groups; a quintet from 1972 to 1979 featured bassist Kent Carter (who had worked with Lacy since 1965), altoist Steve Potts and Lacy’s wife Irene Aebi on cello and vocals. Carter was replaced by Jean-Jacques Avenel, who has continued to work with Lacy to this day. His working group of the past several years is a trio with Avenel and drummer John Betsch. When asked about his affinity for creating long working relationships, he replied "That's the secret. It was Duke Ellington that demonstrated that longevity... that the more you play together, if it's the right people, the better it gets and the more free you become and the better music you can make. It’s just like a sport. If you have a team together that plays together a long time, they can beat the other teams." 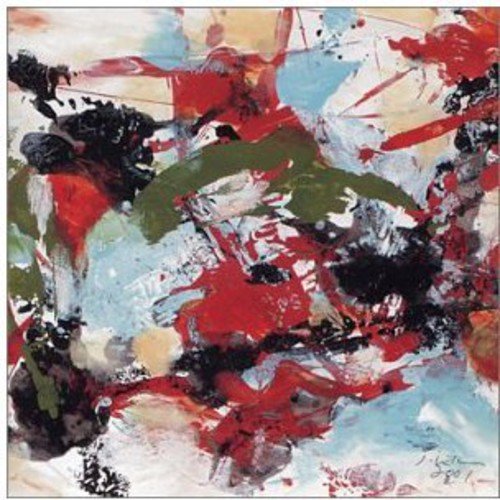 This group, expanded to a quintet with wife Aebi and trombonist George Lewis (a relationship which began in the early '80s), has recorded Lacy's newly released album The Beat Suite (Universal, 2003). Lacy recalls the process: "That was a labor of many many years to make that record. Some of those pieces were 20-25 years old and some were only a couple of years old. That was an organic process. It took us years and years to achieve that record really. And that's a very important one for me and I'm waiting to see what happens with it."

The trombone, and George Lewis, remain dear to Lacy: “The soprano and the trombone are very good partners... it's a nice contrast. They blend well and it's a bright sound... But George Lewis is special. He's really a genius. There's no one who can play the trombone like he can.”

Lacy remains an unique force in music. Like a Coltrane or a Coleman, his musical vision demands its own chapter in any jazz history. One of the few musicians whose work predated the avant-garde but who settled quite comfortably into it, his work straddles all styles, from his dixieland roots, to the explorations of Monk he began with Roswell Rudd in the early '60s and continues to this day, to the free jazz rampant in Europe upon his arrival. He states simply, "This music has been grown. It’s not just assembled really, it’s not just thought up or a conception. It’s something that has been growing for years and years and years. In my case for 50 years. I still remember all the beginnings when I played with all the traditional musicians from New Orleans, Chicago, [and] Kansas City when I was just a kid. That's still there, my roots, and they're still very strong. For me the history of jazz is one thing, one story, a big long rich story and I don't make any distinction between the different manners of playing. For me jazz is jazz."