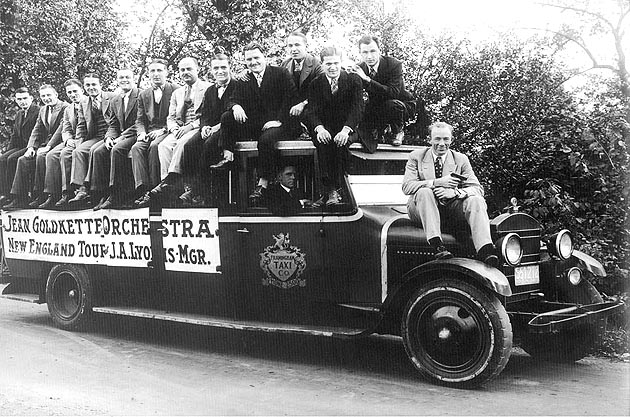 The word bass means bottom. It means support. That's the prime requisite of a bassist, support. Architecturally, it has to be the lowest part of the building, and it has to be strong, or the building will not stand. Musically, it is the lowest human voice. It is the lowest musical voice in the orchestra. It's identifying. If it's a B-flat-major chord, I have to play B-flat, or you won't know it's a B-flat-major chord. We are like Atlas, standing in support.

The "bull fiddle" has come a long way since playing roots and fifths, developing into a mature solo vehicle as well as an active voice in the rhythm section. Yet before Charles Mingus or Jimmy Blanton, Steve Brown was moving the bass out from the background. While jazz histories focus on the leading jazzmen he played next to, his skill, creativity and drive on the string bass made him far more than a supporting player in his time.

Bassist and tubaist "Steve" Brown was born Theodore Brown in New Orleans in 1890, acquiring the moniker "Steve" for a carefree attitude that reminded friends of bridge-jumper Steve Brodie. Despite having little musical training, Steve and his trombonist brother, Tom, supplemented their income as tinsmiths playing local gigs and apprenticing in brass bands organized by New Orleans legend "Papa Jack" Laine. Tom left New Orleans in 1915 for Chicago, where "Brown's Band from Dixieland" inspired an exodus of New Orleans musicians to the Windy City. Five years later, and after a hiatus from music, Steve packed up his bass to join his brother. 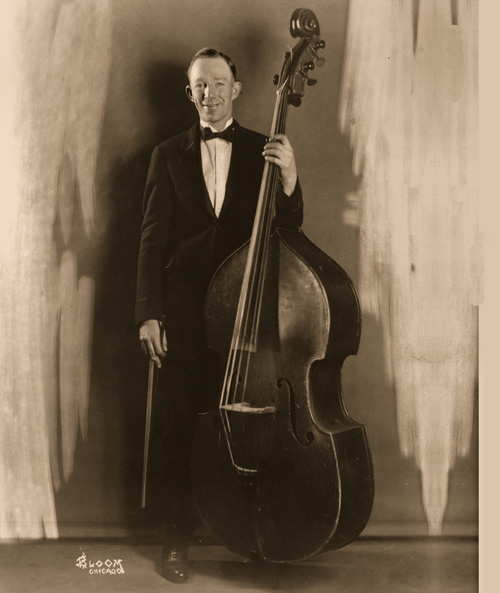 Brown's big sound and firm, flexible beat earned him a solid reputation, further cemented after joining fellow Crescent City expatriates in the house band at the Friars' Inn. The Friars Society Orchestra (later known as the New Orleans Rhythm Kings) was greatly admired by musicians and younger players, such as cornetist Bix Beiderbecke, clarinetist Benny Goodman and saxophonist Bud Freeman. Brown's bass on the Friars' acoustic records is felt but not heard, and recordings led by pianist Elmer Schoebel include Brown's functional efforts on tuba, which he doubled out of practicality rather than preference.

Records by the Jean Goldkette Orchestra (which Brown joined in 1924) provide the most vivid examples of Brown on his favored instrument. The Goldkette band is largely forgotten today, but witnesses describe it as one of the hottest, most technically assured bands of the twenties. Goldkette hired topnotch jazz talent including Beiderbecke, saxophonist Frankie Trumbauer, violinist Joe Venuti, guitarist Eddie Lang and reedman Jimmy Dorsey. In a 1926 battle of the bands at New York's Roseland Ballroom, Goldkette's boys trounced none other than the famous Fletcher Henderson Orchestra, a veritable jazz conservatory of the twenties and early thirties. Henderson cornetist Rex Stewart confessed, "We simply could not compete with [Goldkette's band]. Their arrangements were too imaginative and their rhythm too strong, what with Steve Brown slapping the hell out of that bass."

Brown told interviewer J. Lee Anderson that his time with Goldkette was the best musical experience of his life. Those sentiments can be heard in the lift Brown brings to pop ditties such as "I'm Looking Over A Four-Leaf Clover," or his double-time gallop on "Slow River." On the flowing "Clementine," he adds a steady four behind soloists that prefigures the smoother rhythms of the swing era. Brown's opening bass lines are buoyant yet dutiful during the more reserved "Hoosier Sweetheart," but his skipping punctuations behind a sexless vocal create a subtle act of rhythmic subterfuge. When the Beiderbecke-led brass section struts in, Brown unveils his slap technique, the sound that made him an icon of the string bass during jazz's early days.

By plucking a string and immediately slapping it back against the fingerboard with the palm (sometimes twice or even three times in rapid succession), bassists can produce a percussive "slap" similar to a drummer's backbeat. Brown in turn had a highly individual approach to this technique. He explained to historian William Russell that he used heavier gut strings than his peers "on account of the body, to produce all that heavy instrumentation we had." Bandleader, historian and contemporary Brown- inspired bassist Vince Giordano further illuminates this unique method: "it's pretty hard to do; even the way he grabbed the strings is not really used anymore...he would grab [the string] with a couple of fingers, maybe pointer and middle, and pull it in a very hard way. The way he would then pull and slap, pull and slap, this is something that outside of Milt Hinton and maybe a little bit of Major Holley, not too many people really did anything with after Steve Brown." Giordano also points to the rhythmic complexity of Brown's syncopations and across-the-bar accents, and bass legend Milt Hinton described Brown "doing things, cross-rhythms and stuff, that [he'd] never yet heard anyone else do."

Brown himself claimed to have invented slapping when a drummer failed to appear at a gig, while Bill Johnson claims he introduced the idea after his bow broke in the middle of a performance. Regardless of who originated the technique, Brownian slap bass was a formidable force for booting large ensembles. Brown establishes a solid harmonic ground while kicking cross accents behind Venuti on "I'm Gonna' Meet My Sweetie Now," and his triple-slapping with clarinet on "Dinah" is more like a polyphonic duet than horn solo with bass accompaniment. 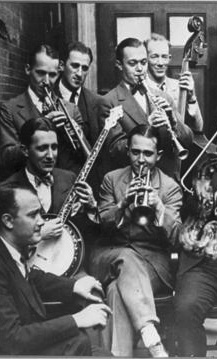 Yet Brown's magnum opus is captured on "My Pretty Girl," easily the hottest number recorded by the Goldkette band (and perhaps one of the hottest sides of the era). A defiant call and response and stomping melody start things off with a roar, but Brown's scorching counterpoint alongside the brass steals the show. He even gets the spotlight in the final chorus, his booming tone out front as the ensemble sticks to riffing underneath the bass. From start to finish, Brown asserts himself beyond mere accompaniment while never overpowering the whole. The invention, agility and power of Brown's bass are beautifully recorded, but it remains a teasing shred of what contemporaries enjoyed night after night.

While the Goldkette outfit may have been fun, its leader encountered difficulty keeping up with paychecks for his increasingly acclaimed musicians. In 1927, Brown and other members joined Paul Whiteman's hugely popular (and hugely arranged) commercial orchestra. The often-maligned Whiteman in turn integrated their freewheeling improvisations into his "symphonic jazz" concept. On "Dardanella" and "Lonely Melody," Whiteman gives Beiderbecke and a Trumbauer-led sax section plenty of room to stretch out, with Brown digging in behind them. "From Monday On" finds Brown harking back to his Goldkette days, propelling the brass during a final shout chorus. He locks in with some splashing cymbals on "Mississippi Mud," and his bass lines on "When" and "Changes" supply gripping tension underneath a blandly "sweet" vocal quintet.

Brown's work behind a young Bing Crosby from this period reveals both artists' gifts. On "Changes," Crosby emerges from the collective with a relaxed, honeyed lead over Brown' dancing foundation. His bass is graceful yet muscular behind Crosby's lyricism on an otherwise jerky "Make Believe." Whether slapping prominently or maintaining a supportive role, Brown adapted to a variety of musical situations while keeping his own voice.

Both Goldkette and Whiteman featured Brown in front of their bands, with jazz historian Richard M. Sudhalter suggesting that Brown was "perhaps the first bassist to be granted such an honor." Milt Hinton heaped accolades on Brown in several interviews, describing him as "the one everybody listened to...the best, and we all knew it" and "one of my idols...." Hinton also notes, "[Brown] was on 'Rhapsody in Blue' and all those things with Whiteman, and you had to be a proficient bassist for that music." Former Duke Ellington bassist (and fellow New Orleanian) Wellman Braud also expressed similar praise for Brown. 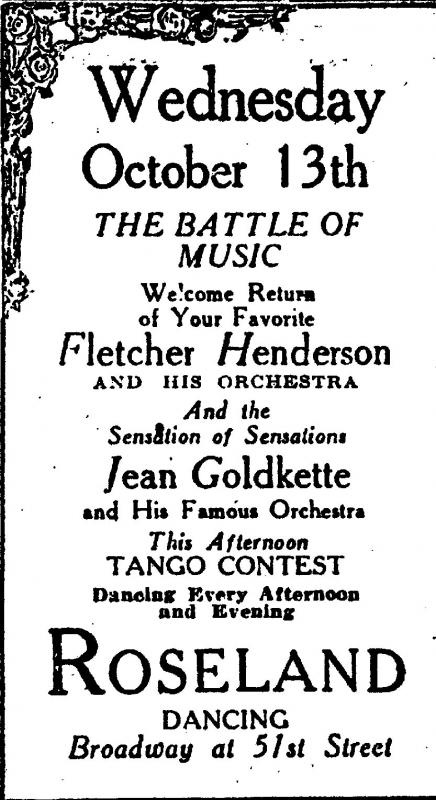 Despite the approval of Whiteman and his fellow musicians, and the exposure of playing with such a popular band, Brown was unhappy in the tightly orchestrated environment of the Whiteman band. After some "legitimately trained" band mates complained about his liberties with written parts, Brown left Whiteman, eventually settling in Detroit. He played with local groups, and recorded with pianist Frank Gillis' Dixie Five in 1950 on the Jazzology label. Gillis recalled having to "twist [Brown's] arthritic arms to get him to record" after his inactivity in music for several years. Brown has a mostly supportive role with The Dixie Five, though he jolts the ensemble on "Ory's Creole Trombone" and "Milenberg Joys," while revisiting "My Pretty Girl" with more laidback slaps. Brown never recorded again, passing away in 1965.

Brown has remained a toe-tapping footnote in the annals of jazz, despite a lauded reputation among contemporaries and a distinct style. Playing bass when neither musical styles nor recording techniques highlighted the instrument hasn't helped his cause (though Sudhalter devotes several pages to Brown in his book Lost Chords [Oxford University Press, 1999]). Giordano believes "He just kind of slipped through the cracks. He continued to play, but never played with big names after Goldkette and Whiteman. When thirties music came in and the role of the bass was really very simple, just keeping straight time, maybe he was just turned to the old-fashioned department."

Opening our eyes and ears in the "the old-fashioned department" can yield some startling insights, as well as a lot of exciting music. The short historical shrift given to Steve Brown allows a look backwards for inspiration: if jazz thrives upon innovative sounds offered by inimitable voices, Steve Brown may well warrant his own place in the pantheon of greats bassists and jazz artists.