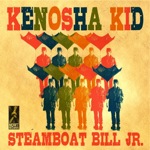 Guitarist Dan Nettles may still make his home where he grew up in Athens, Georgia, but musically he knows no bounds—geographical or otherwise. Neither, it seems, do the members of his far-flung collective; his Kenosha Kids, as it were. Listening to, among others, Athens' killing rhythm section of Jeff Reilly on drums and Neal Fountain on electric bass, as well as Seattle's tenor man Greg Sinibaldi, Berlin's (by way of Canada) altoist Peter VanHuffel, New York's transplanted Georgian Dave Nelson on trombone, Fargo's jazz-metal acoustic bassist Aryeh Kobrinski and Chicago's Jacob Wick on trumpet, it quickly becomes apparent that the notion of boundaries, relating to geography, proficiency or aesthetic are nonexistent.

Nettles' bio alludes to the fact that he'd placed musical boundaries imposed by the weight of carrying the jazz mantle on himself in the past. Attending Banff (where Reilly and Kabrinsky also crossed paths), he came under the teaching and influence of trumpeter Dave Douglas, who went a long way toward setting them all free. Funny that, like Douglas, Nettles found great inspiration in the silent films of Buster Keaton. Here, musicians as far-flung geographically as they might be display an uncanny cohesion stemming, in great part, from a conceptual focus and sense of purpose emanating from the 80-year old soundless film bearing its title.

Some tight, innovative, loopy ensemble work ensues, akin to what the Claudia Quintet might sound like if it originated below the Mason Dixon Line. The song cycle works beautifully as a soundtrack to the film, which is a special extra to this CD/DVD; but more importantly, without it, which is a testament to the innovation and hook-laden tune-smithing and performances found herein.

"White Carnations" transforms a rote Latin bass line into a magically evocative ensemble piece, with Kobrinsky evolving in one minute to complex unison lines with Wick's trumpet, all while staying in context with a Spanish march sketched by the horn section. Nettles takes an elegantly precise turn laced with harmonics and double-stops that fits the tune and moment perfectly. When the horn section returns it interweaves with a mandolin adagio by Rob McMaken.

This gorgeous thematic fodder returns in "Morning/Father Flight," but it's minced with a boogie blues and a liquid electric bass solo by Fountain, who works the highest end of his six strings with his individual brand of melodic phraseology. Fountain's return to the scene after a prolonged break due to a serious medical scare is one of the year's most heartening musical developments.

Elsewhere, Nettles uses sinister Fripp-esque atmospherics combined with Sinabaldi's inviting bass clarinet bellows to lift "Out The Window." Drummer Reilly drives the ensemble as a funk band, anticipating Fountain's propulsive fills through "Storm Clouds" and "Hat Trick." "What Makes the Boat Go" transitions at will and instantaneously from rootsy blues to Art Ensemble avantisms to breakneck swing, and it all works.