Michael Lington: Stay With Me

By BRIAN SOERGEL
August 9, 2004
Sign in to view read count 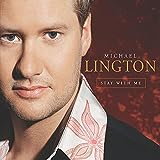 Saxophonist Michael Lington pulls it all together on his fourth CD, a work that should lift him from the fringe and put him on stage with the top tier of smooth jazz talent. What makes this recording so good? Lington's a passionate player who's had some tasty hits before, of course, but here he picks ten songs that all work together, gets top producers and writers such as Paul Brown and Brian Culbertson, and concentrates on making ten pop-jazz songs that could all make the charts if given a chance. And it couldn't hurt that he's now on Dave Koz's Rendezvous label, which Lington calls a "musician's label."

All you have to hear is the first single and the lead song, "Show Me," to see that Lington's shooting for the top. Its guitar intro and sax hook of the year make a bold statement. Just as good is "A New Day," a slow-tempo groove with another memorable sax hook. The most interesting song here is "Apasionada," which was written by Michael and Daniel Sembello. Michael Sembello is best known for his Flashdance hit "Maniac," but this song sounds like a movie theme you've had bouncing around in your head for a long time. It's an anthem, much like Gato Barbieri's "Europa (Earth's Cry)."

Elsewhere, "Pacifica" is a sunny Rippingtons-like slice of pop, "Two of a Kind" is slow funk featuring guitarist Chuck Loeb, "Call Me Late Tonight" is a tasty ballad featuring Paul Brown on the mixing board and on his guitar, and "Hey You" has a late 1970s vibe and Paul Jackson Jr.'s guitar. Lington closes the CD with a straightforward reading of Paul McCartney's "My Love," which is just good enough for a classic song.

Show Me; Don't Go; A New Day; Apasionada; Pacifica; Two of a Kind; Call Me Late Tonight; Hey You; Stay With Me; My Love