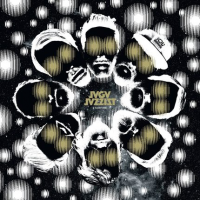 First things first: let's leave the definition of Jaga Jazzist music for last. Or, better, let's not even consider using labels. Let's not rush to conclusions, let's not fall in the sweet traps of music criticism where one plunges in forced by adjectives, hyperboles, comparisons, clever rhetoric and assorted namedropping. First things first, we said, as if it were easy to define an ensemble which has rewritten the history of European contemporary jazz by adding progressive, noise, classical and electronic twists and turns to the mix.

Starfire (2015) has seen its transition from inspiration to notes in Los Angeles, where main man Lars Horntveth has found refuge. Geographical coordinates, like many other variables, play a key role in music. Not necessarily directly influenced by the sun and prunes of Southern California, the album is instead at a median point between the discipline of classical jazz and its European erratic digressions.

As the guitar strums its way into the album on the opener ("Starfire"), we are catapulted into a world reminiscent of a certain noir aftertaste before the song opens its wings to the electronics. From there onwards, we are in a different world, where nothing is what it seems. Jazz, yes, but the methodical lack of control blurs the final result behind a mist of elegantly chosen detours. Take "Big City Music," for instance, with its synths almost on the verge of taking the song for a celestial ride, near the space inhabited by Vangelis, at first, somewhere between the likes of Amon Tobin and Kid Koala, but always with a foot on the jazz realm.

This is a clash between two cultures, and the collision spawns photons and music as if the bebop and the progressive strain of electronic music had always been the same thing. The main worth of the record is indeed its nonchalant approach to variety. Does it always work? No. Or, better, it does for a while, but then, when the music tires of being chucked from left to right, the lack of a solid direction ends up confusing the less attentive listener. Don't get us wrong: this is way better than the dozens of albums arriving through the (electronic) mail of yours truly, but since we have witnessed first-hand the grandeur of the Jaga Jazzist/Britten Sinfonia artistic bond, we expect the best, nothing but the best, from these Norsemen. Is this new(ish) formula appealing? Yes. Is it dragged for too long and does the band sit on its laurels? In a way they do.

Then we hear "Shinkansen" gliding through the album, proceeding solemnly among the sound of the tuba, the minimalistic guitar-work, the discretely dosed drumming and we feel that, in all honesty, music criticism is a salvo weapon someone forgot to load. Yes, because the sheer beauty of this tune annuls the general impression of unstable artistic security that permeates the album. The mechanism that allows the tune to blossom is such that we are left wondering how they do it. The build-up is subtle, spontaneous and almost instinctive, thus mitigating the impact of a theme that pays homage to the likes of Steve Reich and Terry Riley.

Repetitions permeate the body of the record that—as in "Pungen," with its beautiful arabesques, and "Oban"—appears meticulously constructed in search of the perfect amalgam between yesterday and today. Like a silent film missing the sound, this is cinematic music that craves a perceptible form. An imperfect, proudly indefinable album at a crossroad between what was (jazz, electro, classical contemporary) and what will never be.