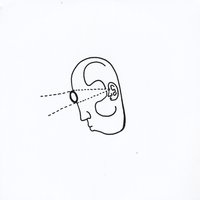 Fraser's holistic approach to the kit is evident throughout, amid his punctual cymbal swashes, regimented patterns and sweeping fills while frequently using a metronome-like mindset via stilted beats and plush tonal shadings. On the stark ballad "Sketch #9," Clutton and Downing harmonize with Malaby but also pepper and prod him into executing dense fabrics of sound. Yet several works are designed with medium-tempo experimental processes as the band navigates through nooks, crannies and detours. However, the longest running piece (10:29) "Sketch #20/22 commences with Malaby's extended notes atop a Chamber-like narrative spiced with a free-form improvisational domain that opens up during the bridge. Moreover, Fraser's snappy rim shots and an off-kilter Latin groove ups the ante in parallel with Downing who fervently plucks his strings. Here, Malaby sneaks in underneath for a pleasantly bizarre opus that evolves into scorching progressions.

From an avant-garde outlook, Fraser incorporates a curiously interesting set of checks and balances into the big picture with a refreshing musical vernacular, abetted by like-minded professionals who deliver the goods in exemplary fashion.