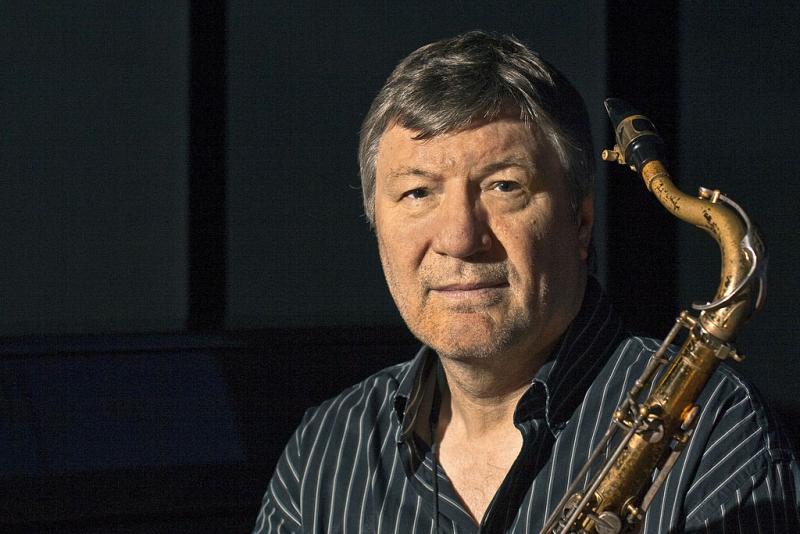 I grew up playing in rock and roll bands. Aged 15, I was in the Wimbledon Palais house band playing Top 20 hits and wearing a mohair suit.

Stan Sulzmann is among the most singular saxophonists in the UK, with an instantly recognizable, lush but rough-edged sound, and a distinguished track record as a composer and arranger for large and small bands.

Born in London in 1948, Sulzmann is approaching veteran status and is a source of inspiration to many of Britain's emerging younger musicians, three of whom-vibraphonist Jim Hart, keyboardist Kit Downes and drummer Tim Giles-play alongside him in Neon Swing X-Perience. The group's second album, Subjekt will be released on November 5, 2012.

Sulzmann's career stretches back to the 1960s, when he played with such influential bandleaders as bassist Graham Collier, pianists John Taylor and Gordon Beck, and trumpeter/flugelhornist Kenny Wheeler, as well as leading groups of his own.

Since then, Sulzmann has been at the forefront of European jazz, and his talents have been sought by a host of discerning bandleaders. Constantly in demand as a guest soloist, he has appeared with bands across Europe, including the Hilversum Radio Orchestra, NDR Big Band (alongside trumpeter Chet Baker), Hanover Radio Symphony Orchestra and the New York Composers Orchestra. Intimate and innovative musical partnerships have developed with acclaimed British pianist Nikki Iles, American keyboardist Marc Copland and the trio Ordesa-a drum-less, bass-less combination with Kenny Wheeler and guitarist John Parricellli.

All About Jazz: Tell us about the new album, Subjekt.

Stan Sulzmann: It's all new music, recorded about a year ago. It's different from the quartet's first album, Catch Me; it's the same people and the same general direction, but the band has developed as we've been playing together. Catch Me was quite early on. And Kit suggested that he play some organ as well as piano this time. I said "Yeah, great." But that changes everything, when you start writing, so some of the music changed. And there is a little electronica, judiciously used. The music has a stronger identity I think, just through us being a working band. That's difficult nowadays, when everything is discrete projects with no continuity. To have a band which develops over time is a luxury.

The guys have been great. They've all become better known and more in demand since we began the quartet, but they're all still very committed to it. I find them a tremendous inspiration. As you get older, you need younger people to stimulate you, to feed you new energy. Also, it's their outlook. They do things with the music which I find challenging. I don't have a young man's mind anymore, but I like being challenged by them. I don't want to copy them, but I enjoy finding out how I can fit what I do into how they make music. It keeps your mind alive, particularly if, like me, you are inclined to write things.

AAJ: You shared the writing with Kit Downes and Jim Hart on Catch Me. Is that the approach on Subjekt, too?

SS: Yes. There's a couple by Jim and a couple by Kit, and there are mine, plus we do one standard, Thelonious Monk's "Bye-Ya."

AAJ: We're talking today at the Royal Academy of Music, where you are on the faculty. Do you think there is any conflict between a conservatoire training and keeping-or, some would say, returning to-jazz's role as a people's music? 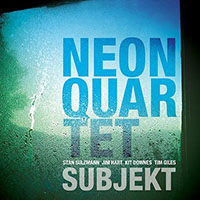 SS: I think that's a very valid question. I'm battling with that all the time. I'm very ambivalent about the whole situation. When I started, there weren't any jazz courses, there was nothing. There were some summer schools, but it was all haphazard. And it's morphed into this whole stream of fulltime conservatoire training. On one level it's marvelous-back when I was eighteen I'd have killed for the knowledge young players can so easily access today.

But jazz is about more than just technical excellence. [Singer] George Melly addressed the same question in a BBC radio travel program where he toured the US, going off the beaten track to smaller towns. He noticed that there were jazz studies courses all over the country, and most medium sized towns had good young mainstream bands playing in local venues. He asked one older musician what he thought of the "all these college kids" coming into the music. "They're great," the older man said, "but they ain't got their hands dirty yet."

When I was coming up, I loved John Coltrane, but my main man was Joe Henderson and, of course, that led to Sonny Rollins. Then I discovered Coleman Hawkins, Ben Webster. All these guys had a real spirit in their music, something that's quite difficult to keep going in the college system. It can make jazz rather insular-like, where are the people, what connection does the music have with them?

To thrive, a music needs to be of its time, to speak to the new generation. In the 1960s, in the US, it was rebel music; it was heavy, fighting racial issues, a lot of those guys really suffered. That's still present, but it's not like it was back then. In the 1970s and 1980s, you had the East European free players; they were fighting for freedom too. The music was motivated by political and social issues. That's where some of its power came from.

AAJ: Back in the 1960s, what was the nature of your musical training?

SS: It certainly wasn't academic! I grew up playing in rock and roll bands. Aged 15, I was in the Wimbledon Palais house band playing Top 20 hits and wearing a mohair suit. I used to go down the Flamingo in Soho and sit in with Georgie Fame and the Blue Flames, Geno Washington and the Ram Jam Band. A lot of jazz musicians played in those bands because it was a way to make money. Being around them, I learnt a lot.

Then I worked in bands on Atlantic passenger liners. Birdland had closed, but I got everywhere else, the Village Vanguard, plenty of clubs were still presenting jazz. That was an education too.

So by the time I came off the boats, I was pretty experienced. But a year or so later, I became a mature student here at the Royal Academy. There wasn't a jazz course, I was studying saxophone. [Saxophonist] John Dankworth was my teacher. I'd worked with some really fine older musicians over the previous few years, and one or two of them suggested that I could usefully do some formal study of the instrument.

AAJ: You've recorded some great music with big bands. Are we going to hear more of that in the near future?

SS: Keeping the big band on the road is obviously not practical. We do occasional festival gigs. But next year, I'm hoping there will be a mini-tour, four or five nice gigs in decent places. The problem with a big band is you have to have funding, and that's never easy to get.

I've got a load of new music ready, of course, I'm always writing. I've done a collection of arrangements of tunes by British jazz musicians that I'd like us to record-Nikki Iles, [saxophonist] Iain Ballamy, John Taylor, John Parricelli, [guitarist] Mike Walker, Kenny Wheeler, [guitarist] Jim Mullen, [pianist] Kate Williams. It's an ongoing project, really; there's no end to it.

AAJ: Finally, what gets you out of bed in the morning?

SS: I'm a simple person. I was a Cockney lad in Islington. I just lived to go out and play music. I still do. I get moved by the power of music. There's a Ben Webster solo on [saxophonist] Oliver Nelson's More Blues And The Abstract Truth (Impulse!, 1964) that I use for teaching. He's only played three notes and I'm in tears. I do believe there's a power in music-it could be rhythm, it could be harmony-that takes you out of yourself. You feel elevated. That's what I've always wanted, to be outside, up there, to get in that place. It's a lovely feeling.