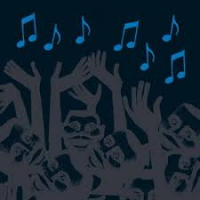 The ninth volume in Jazzman's Spiritual Jazz series is a 2 x CD (and 2 x double LP) compilation from the Blue Note catalogue. Just over half the material was recorded between 1964 and 1966, the final years during which the label was steered by Alfred Lion and Francis Wolff and when the go-to engineer was still Rudy Van Gelder. Most of the remaining tracks are from 1968 and 1969. It has all been previously released.

Spiritual Jazz 9 is an evocative collection of African American jazz from the second half of the 1960s and, with the exception of Wayne Shorter's "Footprints," avoids obvious selections. But it begs the question, what is spiritual jazz? Precisely applied, the term describes overtly spiritual (though not necessarily religious) and/or politically engaged recordings made by mainly African American musicians in the late 1960s and 1970s. The border between the spiritual and the political was porous and the two strands were frequently combined. The record labels which were most deeply involved in the music were Strata-East, Impulse and Muse, plus dozens of tiny, often self-releasing entities. Blue Note was a minor player. Most keynote recordings occurred between 1967, the year Pharoah Sanders released his magnum opus, Tauhid, on Impulse, and 1974, when Shamek Farrah released the masterpiece First Impressions on Strata-East.

So where does that leave Spiritual Jazz 9? The first volume in the series, Spiritual Jazz: Esoteric, Modal And Deep Jazz From the Underground 1968-77, released in 2008, met the promise in its title. Spiritual Jazz 9, which retains the strapline Modal, Esoteric And Deep Jazz, does not (other than "modal," but modality is not exclusive to spiritual jazz). Only one track, Eddie Gale's "The Rain," from 1968's Ghetto Music, can really be called spiritual jazz. The other tracks are hard bop—progressive hard-bop, avant hard-bop, whatever you like to call it... but not spiritual jazz.

It may seem pedantic to dwell on the definition of spiritual jazz, but it is important to keep facts straight. Marketing imperatives should not be allowed to rewrite history. This album's Joe Henderson track, "El Barrio," is one of several egregious examples of inexactitude. Henderson did record one indubitably spiritual-jazz album, The Elements (1974), featuring Alice Coltrane, but that was for Milestone. "El Barrio," from his 1965 album Inner Urge, is by no stretch of the imagination spiritual jazz. Like "The Morning After" by Hank Mobley, who never recorded a spiritual-jazz track in his life, and most of the rest of Spiritual Jazz 9, "El Barrio" is late-period hard bop.

There is enough great first-generation spiritual jazz out there to keep Spiritual Jazz on song for years. Perhaps we will hear some of it next time out.