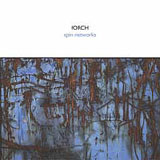 fORCH is a greatly expanded version of Furt, the improvising electronics duo of Richard Barrett and Paul Obermeyer, renowned for their animated stage performances. For their live performances as part of the 2005 New Jazz Meeting of the South West German Radio (SWR), Furt was expanded to an octet. In that expansion, a balance was struck between electronics and acoustic sound—although all of the players brought in had worked extensively with electronics. In its relationship between acoustic music and electronics, fORCH's music is in the same vein as that of Evan Parker's Electro-Acoustic Ensemble; it is frequently impossible to tell where one ends and the other begins... and also irrelevant, given the integration of the two.

The ten hours of music that resulted from rehearsals and concert performances have been reduced down to the three-and-a-half hours that are contained in this double CD and the forthcoming single CD equals, also due on Psi. Central to the music are three scored octet pieces, "fOKT I, II & III, each over half an hour long. Two of them are here; the third will presumably be on equals. The pieces are recognizably based on the same source material, but with more than enough variation between them (crikey, that sounds like a definition of "jazz !) Both are ensemble pieces, with no one player dominating. As extraordinary as the other musicians are, the vocals of Phil Minton and Ute Wassermann ensure the success of these pieces; their wordless freeform styles are similar and complement each other well, guaranteeing drama, humor and passion in the music.

Two other octet pieces, "Nekton and "Plankton, are freely improvised and just as impressive. "Plankton gets the nod for some atmospheric whistling; again, the vocalists steal the track. The remaining five tracks are shorter and feature smaller groupings—none bigger than a quartet. They add variety as well as affording the opportunity to hear the instrumentalists better. On an album of favorite tracks (another day, another favorite), "Temperature stands out, featuring the four instrumentalists together, without vocals or electronics; compared to the other tracks here, it leaves them sounding stark and unadorned.

As a grouping, fORCH is an unqualified success, blending its ingredients perfectly. Roll on equals!