By EYAL HAREUVENI
March 9, 2014
Sign in to view read count 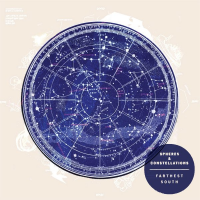 The effort represents a highly personal, almost spiritual experience shared by the band —guitar and keyboards player Barry Berko, bass guitarist Yair Yona and synth player Yair Etziony— during a long night spent in the Israeli desert and recorded immediately after that formative experience. The lone, nearly 35- minute title piece is ambient with no rhythmic pulse. It sounds inspired by the psychedelic, experimental space-rock of bands like Gong, Can (Farthest South recently recorded with Can vocalist Damo Suzuki) or the meditative-mystical soundscapes of Popul Vuh or Steve Roach.

This album symbolizes a spiritual, sonic journey into inner space through three spheres of consciousness— external, internal and eternal—to the essence of Being, where time and space hold no meaning, or in a mystical fashion, to the vibration behind all vibrations. It offers a slow drone,delicately obscured by fleeting abstract harmonies, subtle impressionistic fragments and processed, vague vocal samples. This piece demands full attention, suggesting a unique experience where time loses its compelling presence and all is left is the enigmatic sound. It is a big sound, rich and detailed with psychedelic colors and shades, inviting but also threatening. A radical sound that eventually forces you to experience it beyond conventional conceptions of time and space.