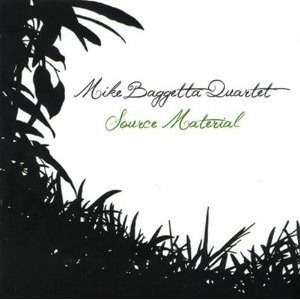 Guitarist Mike Baggetta creates a remarkable collage of images that are framed by his composition, writing with abundant skill and bringing an immediate presence to music carried to fulfillment by his band. He has some of the best musicians here, who interact with fluidity and add texture and ambience on the road to resolution.

Baggetta has a wide comfort zone. He essays bop as facilely as he does a ballad, balancing his technique with a high degree of creativity. The expanse of "The Winter Moon" provides open spaces for his locutions on acoustic guitar; clean and pure, he lets introspection be the guiding light as his notes sing a gentle, yet radiant song.

Jason Rigby is not only an articulate singular voice, he is also an adept companion in conversation with Baggetta. "Projections" finds him uncorking a string of ideas, his phrases cavorting and thrusting just as surely as they shoot barbs. Baggetta references the melody and bends his notes to change shape while building a backdrop with his chords. His point of view is good enough for drummer George Schuller and bassist Eivind Opsvik to set the pulse racing.

Baggetta is not prone to letting the unexpected take hold. After an up-tempo Latin-flavored head from Rigby on "Momentum," he transits into hard bop. His improvisations are heady, driven by a steady stream of high-flying notes. It's another virtuosic performance that finds its complement in Rigby, whose return revolves around bop phrases, using time and space judiciously.

Baggetta proves all over again that he is an enlightened guitarist and composer. With much happening stylistically and diversity being captured with confidence and verve on this CD, listening to the quartet is quite simply, a joy.