By EDWARD BLANCO
November 18, 2011
Sign in to view read count 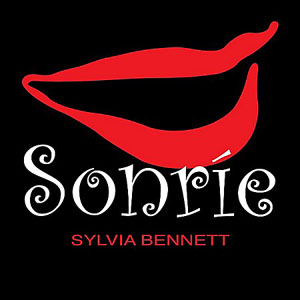 A specialist in interpreting music from The Great American Songbook, Grammy-nominated vocalist Silvia Bennett once again delivers an album of classic standards from the past with one major twist: she sings the lyrics in Spanish. Sonrie (Smile) is a Spanish-language follow-up to Smile (Out of Sight Music, 2010), presenting a largely different repertoire that also reprises the Charles Chaplin title song, Johnny Mandel's "The Shadow of Your Smile" ("La Sombra de Tu Amor") and Burt F. Bacharach's "The Look of Love" ("Mirada de Amor").

Inspired by her passion for Latin music, the South Florida singer has long sought to record an album of familiar standards in Spanish, and with Sonrie, Bennett finally realizes this dream. A veteran singer with vocal assets well-suited for ballads and love songs, her smooth approach to the music serves to enrich the album's gentle landscape with timely support from the Vienna Strings' lush background arrangements.

Bennett voices Consuelo Velasquez Torres Ortiz's internationally recognized "Bésame Mucho" with a measure of passion, this gorgeous interpretation enhanced by pianist Mike Levine and guitarist Hal S. Batt. The beautiful title track is as lovely in Spanish as it is in English, bolstered by Levine's string arrangement and Batt's light picking.

Bennett and her group lay down wonderful renditions of "Perfidia" and Alvaro Carrillo's immortal "Sabor a MI," capping off a session of timeless love songs. Sung with as much grace and taste in Spanish as would be expected in English, Bennett's Sonrie is sure to elicit a smile.