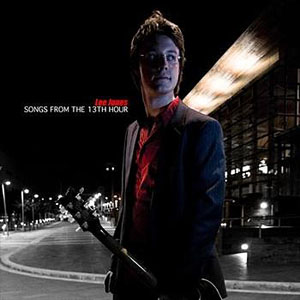 This enjoyable and engaging album—guitarist Lee Jones's second as a leader—aims to throw some much-needed wrinkles in to the smoothness of so much contemporary jazz. That's not really newsworthy, of course, but hardly anyone thus far has succeeded in doing it so successfully.

While so many of today's new breed of jazz guitarists are either trying to forge their uniqueness into some been-there-done-that formula or regurgitate the sound or style of a guitar hero of the past, Jones strives to take jazz guitar back to the place of creativity and invention it held before its mellifluous tones landed it square in the quiet storm.

What makes this work especially well is that Jones has a real knack for writing a good tune. Surprisingly—and refreshingly—his program is made up of mostly originals; it's a risky gambit, but Jones pulls it off nicely without plying the same old worn-out standards or overplayed jazz classics.

The set kicks off nicely with "The Spin," recalling the good old days when jazz could be funky and riff-based yet still have something interesting to say. "Iconic" furthers Jones' feel for a funk tune, balancing exceptional guitarisms over some unnecessarily programmed percussion, while the soulful "Feelin' the Same Way" recalls the high-stepping "stuff" of Eric Gale and Cornell Dupree.

Jones invites several guests to the proceedings, including former The Jazz Messengers Jean Toussaint for the metronomic, medium-tempo title track; the presence of a former Jazz Messenger raising the specter of Jones' almost Bobby Timmons-like compositional ability. "Game On" welcomes guitar legend Larry Coryell, another guitarist who can play anything well and with distinction, for a battle royale of dueling guitars. Coryell and Jones are firing on all pistons here, crossing lines of creative fission and Wes Montgomery-like jazz and pop fusions. Suffice to say, Jones holds his own.

As a guitarist, in fact, Jones more than holds his own throughout. He never overplays his hand or overwhelms a tune, but often inspires noteworthy commentary that elicits the sort of attention that wows—really wows. He struts his stuff admirably on the lovely and Pat Metheny-esque "Western Escape" (one of the album's real highlights), "Guess Who" and the album's overdubbed solo stunner "Silhouette." It's a joy just listening to him play and these three numbers, which close the disc out, are the best showcases for the guitarist's attractive and noteworthy playing.

Even though its title suggests that its later than too late, Songs From the 13th Hour is a beautifully crafted set that seems timed perfectly to introduce this young British guitarist to the rest of the world.

The Spin; Feelin' the Same Way; 13th Hour; Game On; In Another Time; Behind the Scenes; Iconic; Western Escape; Guess Who; Silhouette.