By MARK WERLIN
June 6, 2016
Sign in to view read count
In this instance, the payoff for the project's long gestation is a fully realized album distinguished by consistently excellent writing and performances. The set is marked by Eisenstadt's interest in the 1970s AACM and mid-1960s post-bop streams of American jazz. "After Several Snowstorms" opens the album in media res with a bass and vibes interlude, then progresses, in a kind of inverse to conventional form, to a tenor sax solo, and then to a statement of the head by the full ensemble. A solo by the gifted and adventurous trumpeter Nate Wooley evokes a roomful of antecedents, from Miles Davis circa Filles de Kilimanjaro to Don Cherry, to Bill Dixon. A second statement by the ensemble fades into a bass and vibes interlude, a conclusory ensemble passage, and a dissonant accented phrase from the two horns. It's a low-key opening that calls the listener, in parallel to the music, to slow down, take a breath and focus on the complex and intriguing work that follows.

"Sometimes It's Hard to Get Dressed in the Morning" continues in the vein established in the opening track: a sequence of short passages in shifting time signatures. Call-and-response horn soloing over hypnotic rhythms from the vibes and drums (Eisenstadt studied with Gambian musicians) leads into a trumpet solo. Wooley runs through permutations on short melodic "cells," graduates to longer phrases reminiscent of Miles' late acoustic period, and finally bursts out into free jazz idiom. Tenor saxophonist Matt Bauder, picking up on Wooley's cue, begins his solo with extended technique overtone blowing, gradually shifts into a line of melodic phrases, then returns to overtones—all with reserve and economy.

The fourth track in the set, "Life's Hurtling Passage Onward," most clearly points to the stylistic innovations of the Blue Note Records house composers of the mid-1960s: Andrew Hill, Grachan Moncur III, Bobby Hutcherson and Joe Chambers. Chris Dingman's vibraphone sound is reminiscent of Hutcherson, though his melodic constructions are very much his own. Drummer Eisenstadt's patterns borrow from Chambers and Tony Williams. The melancholy ensemble passages wouldn't be out of place on Hutcherson's Dialogue or Moncur's Evolution. Bauder walks in the footsteps left by Joe Henderson and Sam Rivers. But at the midpoint of the piece, the almost reverent, nostalgic evocation of the Blue Note era transitions to the reality of the present: Nate Wooley's startling, free-blowing solo, first unaccompanied, then underscored by vibraphonist Chris Dingman, fades into ghostly silence over the sound of the vibraphone set to a fast vibrato.

It's a saddening—and salutary—reminder that as much as we might wish otherwise, the past cannot be relived, only reconsidered.

Track Listing: After Several Snowstorms; Sometimes It's Hard to Get Dressed in the Morning; Let's Say It Comes in Waves; Life's Hurtling Passage Onward; What Can Be Set to the Side; What's Equal to What; Meli Melo 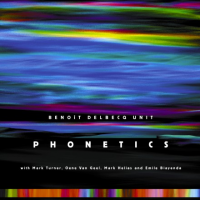 Phonetics was a jazz/new music project assembled in 2003 for concerts and recording by pianist-composer Benoit Delbecq. The music eludes straightforward genre classification; it is neither contemporary classical music nor European jazz of the ECM variety, though it bears some similarity to projects led by clarinetist Louis Sclavis. In his formative years, Delbecq drew inspiration from the American jazz pianist Paul Bley and South African pianist-composer Abdullah Ibrahim; Hungarian composer-theorist Gyorgy Ligeti; the polyrhythmic music of Central Africa. All of these diverse musical streams reveal traces in this set of performances, but the overall work is greater than the sum of its influences.

Phonetics was written with a group of musicians in mind, most of whom had not previously played with Delbecq: Mark Turner (tenor saxophone), Oene Van Geel (viola), Mark Helias (bass) and Emile Biayenda (percussion). Delbecq described his plan for assembling these particular musicians:

"I wanted to provoke an encounter between musicians I knew from different scenes, Europe meets North America meets Africa... When I started writing I had a sound in mind and in a way the work was to reveal it... The summer before the project Emile and I had gotten together several times for several days, trying to develop a very open but very rhythmic way of playing, and some of the tunes were inspired by those sessions. The mixed sounds of tenor and viola were in a sense the key to the group... I didn't want the whole thing to sound too arranged."

That provides a helpful guideline for listening. The pieces on Phonetics indeed sound arranged, but not to a point of inhibiting the creative impulse and improvisational skill of the players. The pianist and drummer spent time working together on the structural concept and foundational sound of the project. There was dialogue and room for discovery.

"Le Même Jour" opens with a polyrhythmic backdrop on hand percussion and drum kit, over which the piano and saxophone play a long-line melody in unison. Melodic lines played in unison by groupings of two is a technique that recurs throughout the disc. An historical antecedent is Ornette Coleman and Don Cherry's unison 'heads' in the 1959-61 Coleman group recordings and performances. The unison melodies serve a similar function here: to establish a set of intervals and rhythmic figures which the players can use in lieu of a fixed chord progression as material for their improvisations. Solo space is 'free' but guided by the structures established in the opening melody. Bassist Mark Helias listens closely and follows the soloists, insuring that the improvised segments are not untethered or chaotic. Delbecq's piano solo develops variations on the opening theme while Helias and Biayenda punctuate the keyboard phrases with surging accents.

"Multikulta," a highlight of the set, begins with an unaccompanied solo on tenor saxophone. Delbecq invited saxophonist Mark Turner to participate in the recording (and the concert appearance for which these compositions were commissioned on the basis of Turner's recordings and recommendations from fellow musicians. It was a fortuitous musical encounter. Turner has emerged in the past decade as a respected composer-leader and a capable, inventive soloist. His preference for working inside chamber-jazz structures makes him a highly compatible partner for Delbecq. There is a certain cautious reserve and self-containment in Turner's playing that I've seen him surpass in live performance. Here, propelled by the precise and powerful drumming of Emile Biayenda, supported by the framework of Delbecq's intricate structures, Turner weaves confident melodic lines. His staccato, percussive opening phrases echo Sonny Rollins' avant-garde collaborations with Don Cherry from the mid-1960s.

Each of the pieces provides space for the soloists to add to the blend of African, European and North American influences. "The Elbow Room, Vancouver," which moves through a series of short segments like a suite in miniature, features a driving bass and drum duet with furious variations on the opening melody by Mark Helias. The meditative "4 Mal W" introduces Delbecq's second keyboard, a sampler which enlarges his tonal palette beyond the grand piano to the exotic sounds of gamelan instruments. "Yompa" shares the Congolese musical traditions which Emile Biayenda, born in Brazzaville, brought with him to France. As the drums and bass call a fast 6/4, the viola, saxophone and piano respond in a slow 4/4; the effect is trancelike and attention-holding.

The lengthy closing piece "Au Louvre" recapitulates the elements that have recurred throughout the set, long unison lines, intricate rhythmic patterns, multi-part arrangements. Belgian violist Oene Van Geel's bravura solo, which draws on classical technique (scales, arpeggios, double-stops), Arabic melodic vocabulary and bent-note microtonality, is both an individualistic statement and a contribution towards the overall, integrative mood of the project.

The recording was done at La Muse en Circuit, Alfortville-Paris (which remains Delbecq's preferred studio) in November 2003. Original resolution was 24/48. It was mixed in the analogue domain to 2.0 and 5.0 DSD programs. Delbecq describes the character of sound he was seeking:

..." For the five-channel version we chose the option of putting the band in an imaginary great-sounding room. No instruments are panned to the rear channels."

A VOYAGE OF DISCOVERY

Many jazz lovers dream of owning their own independent record labels, but few have had the means and opportunity; and of that small circle of label owners, only a handful have kept a business operating—and thriving, artistically—for a span of 25 years. Prompted to reflect on his vision for the Songlines label, Tony Reif shared these observations:

"When I look back over 25 years—which doesn't seem that long a time in the context of jazz's history—it's been like the proverbial voyage of discovery. I'd been a jazz fan since the 60s, and an audiophile since the 70s. The label has developed an identity, and there are some genres that just seem too far away from jazz or world music to fall within the label's purview (though at this point I really wouldn't rule anything out, since musical boundaries keep dissolving). You start, with some intentions but no hands-on experience of producing, on an open-ended project, and little by little, record by record, you learn specific things, meet and work with people you admire, help shape the sonics and sometimes the substance of music you feel is worthy of attention.

The label is an imaginative home for a considerable part of my musical experience, it's where I get to advocate in a practical way for things I love. But to go back to the original metaphor, it's hard to see a through—line, or where exactly the paths are heading, because so much of it has been serendipitous. Which is part of the charm of it."

Special thanks to Tony Reif for quotes excerpted from communications with this author and from the Songlines website.

Note: The review of Phonetics originally appeared in a different form on HRAudio.net, and is reprinted with permission of the site owner. 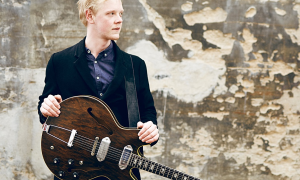 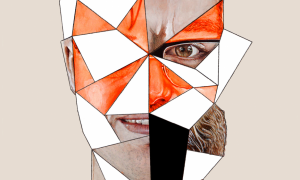 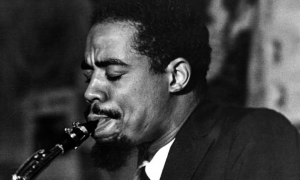 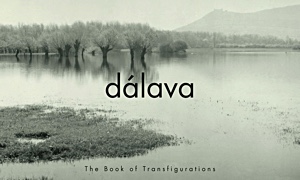