Roscoe Mitchell and the Note Factory: Song for My Sister

By DAN MCCLENAGHAN
August 11, 2002
Sign in to view read count 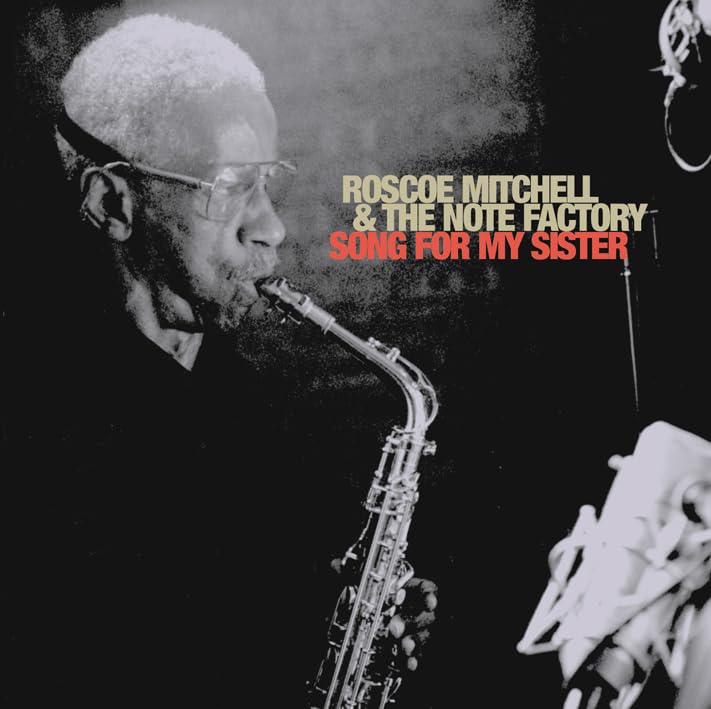 The band comes out swinging, lush, loose, rollicking, on the disc's title track, "Song for My Sister". Leader/multiple reedman Roscoe Mitchell on tenor sax, front line partner Corey Wilkes blowing trumpet. The band is filled with duos—two pianos, a pair of basses, a couple a drummers. "Song for My Sister", the song, is lush, full-bodied without being clamorous or cacophonous, lyrical, delicately-cut from a dense musical soundscape. Instrumentalists and solists are responsive to the musical flow, no stepping on each others toes. An eleven minute jazz symphony.

From there, Mitchell and his bandmates blow all over the globe: open, frenetic on "Sagitta"; eerie and third world on "this"; "When the Whistle Blows" is an ominous, churning caldron; "Megaplexian" tinks and rattles with haunted sounds; "Step One, Two, Three" broods darkly, like a mad funeral march; the closer, "Count Off", is a rumbling James Brown funk, with a free jazz sensibility, Mitchell's tenor a rough hewn growl, with a muted trumpet screaming softly behind his band saw attack in front of a snapping, cracking rhythm.

Song for My Sister; Sagitta; this; When the Whistle Blows; The Megaplexian; Step One, Two, Three; The Inside of a Star; Wind Change; Count Off