By IAN PATTERSON
November 17, 2010
Sign in to view read count 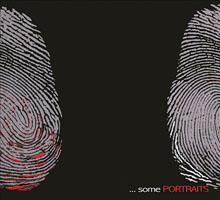 Some Portraits is the debut of Italian pianist/composer Carlo Morena's trio. A student of both jazz and the 20th century European classical tradition, Morena has collaborated with a long list of jazz notables such as saxophonists Charlie Mariano and Iain Ballamy, guitarists Kurt Rosenwinkel and John Abercrombie, and trumpeter Enrico Rava, in a twenty-year career. Morena has sympathetic company in bassist Yuri Goloubev— formerly one of the world's premier classical bass players, who switched to jazz— and drummer Michele Sagarello, whose subtle rhythms and accents color the music to an equal degree. An almost total lack of a blues vein does not detract from music which weighs and balances thoughtful composition against an improvisational spirit. The result is music which is elegant, lyrical and challenging.

Four miniatures ranging from under a minute to just over two, serve almost as little stepping stones between the more substantial compositions. There are, however, good reasons to pause and consider these shorter works, including Goloubev's wonderfully resonant, singing arco on "Poem II," and Morena's understated, yet probing playing on "Poem IV, a kind of coda to the lyrical, subtly building "Paert." Here, the pianist's playing grows slowly in confidence though, like all the music on ...Some Portraits, there is a flow to the trio's sound which precludes bold exclamation or climax.

Morena's approach to the piano is lyrical, though never sentimental, and his quite distinctive sound is, no doubt, cemented by the decision to play only original material. On "Her Eyes," he gives the impression of continuous, unfolding improvisation stemming from simple, yet attractive melodic foundations. On "Lieb," Morena's left hand alternates between strolling reverie and strongly rhythmic chord interjections, while his right executes weaving runs and gently rippling flourishes. His playing, and the trio's sound, flows and tumbles like a little stream negotiating rocks and troughs along its course.

The episodic "Auf dem Floss" births tentatively, with Morena exploring his ideas slowly at first, though they soon gain currency, and, before you know it, the trio is is in full flight. Morena takes one of his most impressive solos, shadowed and coaxed by the intuitive Goloubev and Salgarello.

Goloubev's contribution to this recording is considerable; his constructive bass lines are a narrative in themselves and his mesmerizing arco work is almost without peer. His compositions "C_C:DM!" —a vehicle for an extended, more dissonant Morena solo—and the elegant "Telves & Tunes," are a reminder of the depth of his compositional talents, showcased more fully on his excellent Metafore SempliciMetafore Semplici. (EmArcy, 2009)

"Would You Dance?"—a lilting tune where Morena displays a logic and touch reminiscent of Brad Mehldau —sees the trio dance nimbly around the melody, and closes out an altogether impressive debut. ...Some Portraits provides evidence of a significant talent in Morena, and equally, announces the arrival of a trio that navigates its own waters in some style.