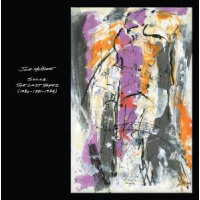 The young cats (players thirty years his junior) know Joe. Players who have immersed themselves in free improvisation, like Ken Vandermark, Mats Gustafsson, Peter Evans, Martin Kuchen, and Mikolaj Trzaska, learned the possibilities of creating a new music from, not thin air, but from listening. They model their approach after Joe McPhee.

Born in 1939, he has been a musician's musician since his experiments in solo performance in the 1970s. For years, copies of his infamous Tenor (Hat Hut, 1977) LP were passed around like a holy grail. Anthony Braxton may have been the first to record a solo saxophone LP with For Alto (Delmark, 1970) and it opened the door for McPhee, Roscoe Mitchell, Steve Lacy, and Evan Parker, and Jimmy Giuffre. Today thanks to Joe, players need little sanction to perform unaccompanied.

Issued as an LP, which is really the only way to reproduce the experience of coveting a long lost item such as these recordings. The collection of pieces includes the dusty hiss of the 15 minute "Wind Cycles" which comes off as an almost voyeuristic occurrence. McPhee experiments with breath as voice, before notes. He extends the possibilities of his tenor through circular breathing and piteous cries, before bringing the piece full circle, working bottom notes with whistling mouthpiece calls. I suspect McPhee was recording this music as his sonic laboratory—a kind of a musician's journal.

"Redwood Rag" is a bluesy swinger for soprano reminiscent of the sound of Steve Lacy. "Ice Blue" slips and slapdashes notes from the gutbucket and "Voices" enters into the most exquisite sound, not unlike a piece of classical music. McPhee's expressions are like none other. They are not just jazz and not exactly music. Let's call them sonic telepathies.

The LP (with digital download) also includes and interview with McPhee from the New Music America Festival in 1981.