By GLENN ASTARITA
February 9, 2003
Sign in to view read count 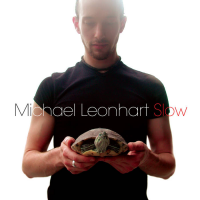 The inception for this release by trumpeter Michael Leonhart emanated on a bus during a Steely Dan tour. Guitarist Jon Herington – also touring with the band – subsequently joined Leonhart for a few impromptu renderings of jazz ballads. To that end, the final product features a divergent mix, spanning tunes by Duke Ellington, Henry Mancini, and, oddly enough, Black Sabbath, among others. Here, the duo establishes a vibe that projects a certain magic, not always witnessed on offerings of this ilk.

They caress the melody to Thelonious Monk’s “Crepuscule With Nellie,” while venturing into walking blues motifs, jazzy grooves and a bossa nova. Leonhart displays a sensitive touch, via muted lines, wah-wah like drawls and when rendering inspiring melodies. The duo’s penchant for detail and subtlety cannot be understated, as they often invoke imagery of performing after hours in a smoky jazz club. And while churning out folksy themes speckled with underlying ethnocentricities. The album title provides the clue, as the musicians’ overall stride is well tempered, animated and unhurriedly deliberate. Hence, an exquisite set of performances contained within! Strongly recommended.