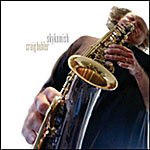 On Capistrano Sessions (Discernment Music, 2007), saxophonist/arranger Craig Buhler boldly updated the sound of West Coast Cool, effectively making him the heir proper to composer Marty Paich. Buhler tempers his grip on said inheritance with Skykomish, an effort to add to the new book of jazz standards while suggesting two of his own. An "everyman" musician, he is involved in recording, performance, education, church and local activities in his North West community of Sequim, Washington, where he lives with his wife Molly, their five cats, and Benny Good Dog. It just doesn't get any more familiar than that. The music he composes and arranges is equally as familiar and homey.

And arranges he does. Save for Buhler's two blues charts ("Roll Over Redmond" and "Skykomish Shuffle'") the remaining ten pieces are derived from modern popular music of the adult contemporary variety. "Eleanor Rigby" has been a staple of jazz artists for years, as witnessed on The Crusaders' version from Scratch (MCA, 1975). Buhler puts a softer and rounder West Coast spin on the piece, giving it a jazz soundtrack quality. Michael McDonald's "What a Fool Believes," Gordon Lightfoot's "If You Could Read My Mind" and "Flashdance (What a Feeling)" are transformed by Buhler's intelligent arrangements. Though popular songs, this trio resists reinterpretation as Buhler overcomes this resistance by giving the songs a soft exterior cloaking with devilishly clever and complex arrangements.

Educator that he is, Buhler plays all order of reeds. The opening "Roll Over Redmond" has Buhler soloing on baritone saxophone. He explores Babyface's "When You Believe (Prince of Egypt)" with his tenor, accompanied by Jamie Findley's round guitar tone. "If You Could Read My Mind" sports an "arranged" improvisation that is pure West Coast conception. Pianist Karen Hammack has a decided churchy bend to her playing, while vibraphonist Brian Atkinson adds a bit of the islands. Buhler chooses the baritone again, channeling Gerry Mulligan into this century and pulls out his clarinet on "Flashdance (What a Feeling)" giving a nod to New Orleans by way of Los Angeles.

While Buhler in no way hides his lamp beneath a basket, he deserves several more measures of recognition than he has received. Skykomish is an exceptional medium-sized ensemble recording. Not quite a combo and not a big band, these "tween" groups can only be arranged by masters such as Buhler.

Roll Over Redmond; What A Fool Believes; When You Believe (Prince of Egypt); Eleanor Rigby; Skykomish Shuffle; Creepin'; If You could Read My Mind; Windows of the World; Waiting for a Girl; Flash Dance (What A Feeling); Oh Happy Day; Save the Best For Last.