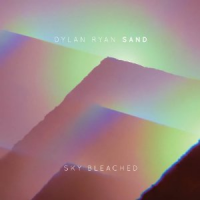 Faintly anarchic song-forms, coupled with a new-wave formulation of the jazz-rock trio setting forges a compelling imprint with drummer Dylan Ryan's debut solo effort. And it's one of those match made in heaven type of scenarios, where the respective musicians' styles, synergy, and use of space as a supplementary instrument coalesce into a program that bears an imprint of authenticity.

Ryan's work with the prog-jazz band Herculaneum and other ensembles that skirt the outside realm speak to a non-conforming methodology. With Los Angeles-based artists, guitarist Timothy Young (John Zorn, Zony Mash, Beck) and bassist Devan Hoff (Nels Cline Singers, Xiu Xiu) spawning a vast topography, the album also conveys a heightened sense of intrigue. It doesn't take long to nurture a vibe that is steeped in anticipation, often shadowed by a sense of wonderment.

Hoff's booming bass lines and Ryan's resonating drums tender a broad milieu, as Young's animated and expressive notes are tinted with distortion and electronics effects of various flavors; however, he imparts these mechanics rather judiciously. Add segments with blaring crunch chords and voluminous improvisational forays, the trio projects a lot of breathing room, largely used for expansion.

They navigate a throng of nooks and crannies via angst and artistic impressionism, as themes are redeveloped and the intensity is heightened on many tracks. For example, "Psychic Journey" is devised on ethereal soundscapes, contrasted with Latin-jazz cross-sections and Asian inferences. Young's weighty chord clusters elevate the pitch as the trio elicits imagery of enlightened journey. Here, the musicians pronounce disciplined chaos—if there is such a beast.

"Mayan Sun," appears to be a roughly organized spin on The Mahavishnu Orchestra's "Dance of the Maya," compounded by the rhythm section's pummeling grooves and Young's John McLaughlin-style, fuzz-toned single note riffs. On "Time Stalkers," the band melds a country-grunge ballad with a hardcore-rock slant. And "Dreamspell," surges onward with a post-psychedelic vibe, where the trio drifts off into the netherworld.

The musicians integrate a massive body of influences into a signature sound, along with a highly imaginative mode of execution, making Sky Bleached a work of art in every sense and looms as one of the most fascinating guitar trio dates I've heard in quite some time.