Ska: The Rhythm of Liberation

By DUNCAN HEINING
July 6, 2014
Sign in to view read count 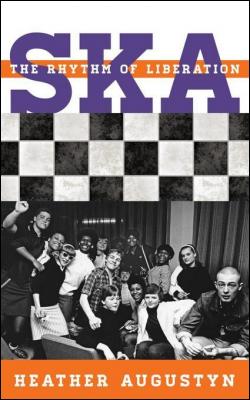 Heather Augustyn's Don Drummond: The Genius and Tragedy of the World's Greatest Trombonist offers an excellent study of a gifted but troubled man that succeeds both as analysis and narrative. By contrast, Ska: The Rhythm of Liberation is a less successful piece of work. It does have its strengths, however. Augustyn is particularly strong in her account of the origins of the Jamaican music of ska, a precursor in some senses of reggae.

She locates this successfully in terms of its musical sources in jazz and local vernacular musics and places it effectively in the social and cultural and economic context of 1960s Jamaica, as the once British colony emerged to independence and statehood. Sadly, for many islanders, as Augustyn notes, independence did not mean freedom from poverty or oppression. For this reason, Augustyn positions ska as a music of the working classes, albeit one ripe for exploitation by calculating entrepreneurs and politicians. She is also very skillful in her discussion of the relationship between ska and jazz, a connection that becomes harder to discern when one hears ska's musical successors, rocksteady and reggae. In addition, she brings to life the different personalities who helped shape ska's destiny musically and economically, noting as she does so those individuals who most benefited socially and financially. Needless to say, these were rarely the musicians themselves.

The third section of the book examines the impact of ska in North America from the early 80s onwards. I claim no expertise here but her account of this aspect of the music's history is convincing and coherent. At the same time, quite why this music, with no obvious roots in American culture, became the cult phenomenon that it did eludes any in depth analysis, aside from catch-all references to poverty, unemployment and racism. Augustyn alludes frequently to the attractions of the music's celebratory qualities. If that were its main attraction, then surely that is less a testament to ska's musical values and more one to the hedonism of American youth within a late capitalist, consumerist society. In a way, Augustyn hints at something along these lines. In accounting for ska's demise in the USA, she does make valid points about the inability of the music and its performers to expand its market beyond a core to peripheral audience. Once the peripheral section of its fan base moved on to something new, its capacity to survive was in jeopardy. She also suggests that ska's musical values—in the North American context— were out of step with its ability to express social values that might have bound and expanded its audience. It is unfortunate that such points are not developed further.

The section of the book that is, however, of most concern is that which refers to ska's migration to Britain in the early/mid- sixties and its later re-emergence amongst the 2Tone bands The Specials, Madness, The Selecter, The Beat et al. It is here that a far stronger editorial hand was needed. With regard to ska's later flowering, the emergence and activities of Rock Against Racism and the struggle against the racist and fascist National Front and British Movement were absolutely crucial. Yet, Augustyn deals with RAR in less than a page. RAR came into its own in 1978 with massive attendance at three youth carnivals featuring punk and reggae bands, such as the The Clash, Stiff Little Fingers, Elvis Costello, Aswad and the remarkable Misty in Roots. More than that, several hundred gigs took place across the UK involving many of the major groups of the period. RAR and the Anti-Nazi League did not just succeed in challenging avowedly racist organisations but did much to set an agenda for anti-racist activity and race relations in Britain.

It is as if Augustyn has grasped the bare bones of the UK music scene within which ska emerged in the 60s and flourished again in the late 70s and early 80s. She has then attached this to an even sketchier set of assumptions about British social, political and economic life during these years. As a result, her analysis is inevitably flawed. Unfortunately, there are many examples of this problem and it matters because the brief for this book as part of the Scarecrow Press Tempo series is to offer titles:

"[T]hat explore rock and popular music through the lens of social and cultural history, revealing the dynamic relationship between musicians, music, and their milieu."

A few examples should suffice to make this clear. At a micro- cultural level, Augustyn's generous and benign references to skinhead culture will grate on those British readers who experienced—in the 60s and again in the late 70s—this youth cult's violence, racism, sexism and homophobia. This latter phobia is one deserving of analysis given the cult's homoerotic overtones in choice of dress, behaviour and presentation. As George Melly wrote in his book on 60s Britain, Revolt Into Style, "Anti-intellectual, anti- layabout, anti-foreign (the exception they have made in favour of West Indians more than compensated by their hatred and persecution of Pakistanis). The Agro-boys are remarkably like 'the Gamas' in Huxley's Brave New World. They accept their status at the bottom of the ladder, appear to welcome dead-end jobs, and have placed association football at the centre of their culture, not for its own sake but as an excuse for violence and vandalism." (Melly 1970, p.226) One could sympathise with the skinheads' frustrations but not with their chosen mechanisms for its release.

ADVERTISEMENT
Melly also has pertinent comments to make about the original 'mods,' who first emerged in the early 60s and who adopted first jazz and blues and then soul and ska as their cultural emblems. It was their sons and daughters who rekindled the flame in the late 70s, firstly under the influence of The Jam and later with groups like the Merton Parkas, Secret Affair and, of course, the 2Tone bands. These youth cults, their relationship to each other and the meanings that can be inferred from their dress, choice of music and behaviour are complex. For example, the semiologist Dick Hebdige in Subculture: The Meaning of Style (1980) offers valuable insights into both the first mods, skinheads and punks that relate these groups to the social and economic conditions pertaining at the time, including relationships between black and white youth. In a way, British youth culture and Britain's pop and rock music scene's can be best understood in terms of the increasing population of Afro-Caribbeans in the UK from the 50s onwards. White youth could cross the racial divide through music, dress and argot but were unable to form- -RAR, ANL and 2Tone perhaps excepted—political relationships along class lines. Here the late David Widgery's book Beating Time: Riot n' Race n' Rock n' Roll would have proven a valuable addition to her research. Had Augustyn grasped such issues, which would certainly have fallen within were own political perspective, her book would have been greatly improved. Unfortunately, she often, in this section only it must be stressed, presumes knowledge which she does not possess.

When we turn to her understanding of Britain, its society, economy and culture, for example in the punk to 2Tone period 1977-82, such problems become even more relevant. She is reliant on only one book on British social and political history and a wider reading on the subject was surely needed. These are basic research and theoretical issues. As it stands, the picture she offers is largely based on the conventional, right-of-centre account that has dominated British political life since 1978. Put simply, this involves the presentation of the British economic difficulties of the 70s and 80s the result of greedy, selfish unions, incompetent Labour politicians and 'mad lefties.' This is history of the victors and Augustyn's self-limited analysis is in marked contradiction to her excellent and sympathetic account of Jamaican society and the origins of ska. As a result, she fails to locate British youth culture effectively in the social and economic climate of these times. References to 'poverty, unemployment and racism' do not do so. When punks emerged on the scene in 1976, this is best seen as a reaction to the much-discussed crisis that had dominated British life since the early 70s. Hebdige makes a remark to the effect that punks wore the crisis as their uniform. However, unemployment at that time was around the 800,000 mark. It has never been that low since. Yet the Tories' poster campaign in the 1979 election campaign featured a poster of a queue of 'young people' outside a dole office under the banner 'Under Labour Britain isn't working!' It was very successful. It later turned out that the 'young people' used by Saatchi and Saatchi were all young Conservatives and, of course, under Thatcher unemployment at one point exceeded 4 million. And yet, what was the next post-punk youth phenomenon? New romantics. Punk took place against a backdrop of 800,000 unemployed—new romanticism against one of 3 million out of work.

How does one explain these contradictions? Not by generalised references to 'poverty, unemployment and racism.' The issues are complex. Punk is best seen as a youth cultural reaction to an ideological perspective that was being fashioned by the media of 'crisis' and one that could be blamed upon, not the working class who needed to be persuaded towards Thatcherism, but the 'greedy unions,' whose members- -of course—came from the working and lower middle classes. It is not that punks, or later 2Tone fans, were conscious of this but rather that they reacted to a perception of a state of affairs rather than a more consciously lived reality. As for the new romantics, I would equate this to a kind of pre-war Berlin-like decadence, more a reactionary withdrawal than a refusal. Where a scalpel required, Augustyn brought with her a rusty knife.