SIU2: Shenging It Up in Hong Kong 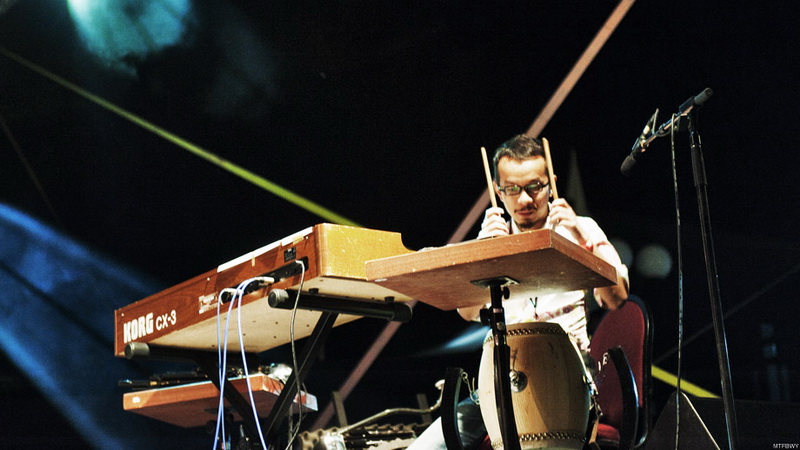 By IAN PATTERSON
June 7, 2011
Sign in to view read count
It shouldn't really come as a great surprise that China hasn't produced an abundance of jazz musicians, while neighboring Japan continues to turn them out at a great rate of knots, given the very different histories the two countries have lived post World War II. The traumatic Cultural Revolution, under Mao Zedong, shunned all things western, whereas Japan's rebuilding was dependent on western countries, and it was therefore wide open to cultural influences. Now, with China gradually opening up to the outside world, the country is going through another form of cultural revolution, one which welcomes jazz artists, once viewed as purveyors of "decadent music." An increasing number of jazz artists is including China on Asian tours and, in recent times, saxophonists Gilad Atzmon, John Zorn and Tim Garland, guitarist Jacob Young, accordionist Richard Galliano, singer Youn Sun Nah and violinist Christian Howes have all performed in China to enthusiastic audiences..

Given its increasing exposure to Western culture, It seems only a matter of time before China starts producing jazz musicians who will make their mark internationally.

On the surface, Hong Kong appears to have all the ingredients to be a catalyst for such developments. This pulsating, cosmopolitan city is culturally diverse, and a large proportion of its densely packed seven million inhabitants speaks English—a result of years of British colonial rule. In Asia, however, little is ever quite what it seems, and mainland China and Taiwan may well have the edge over Hong Kong in terms of producing progressive-thinking musicians. 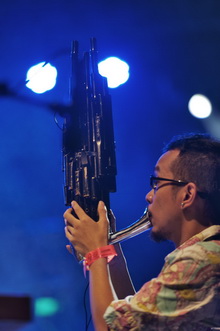 One exciting Hong Kong band which has emerged in the last few years, and which is just beginning to spread its wings, is SIU2, founded by multi-instrumentalist and composer, Ng Cheuk Yin. His main instrument is the sheng, an ancient wind instrument of vertical bamboo pipes, with origins dating back 5,000 years. The sheng sounds like a mouth organ, with all the emotional depth and the range of its pocket-sized cousin.

The sheng also gives the band its name, Sheng it Up, which for Ng Cheuk means: "do something exciting with the sheng." Ng Cheuk is certainly a virtuoso on this instrument, also common to Japan and Korea, but it's his overall musical concept to which he surely refers. The sextet combines traditional Chinese instruments—the long-necked, guitar-like sanxian, played by Cass Lam; and the zhither-like zheng, played by Jason Lau—with a western rhythm section of piano, bass and drums, but familiar east-meets-west fusion this is not.

"For me and Jason," explains Cass, "we have very traditional Chinese musical training. We don't have a background in improvising in a jazz way or a rock way." In fact, the only improvisation going on is with drummer Tsui Hip Lun, bassist Chan Hok Ming, and Ng Chuek's Hammond organ (on which he doubles). SIU2's music is essentially composed music. So, not jazz then?

For Ng Cheuk, the labels that people care to put on his music have little meaning: "There are many people who say that you're not doing Chinese music and you're not doing rock, so what are you doing?" he says. "We have elements of jazz and elements of world music but it's neither this nor that. We don't really care; we just want to do something original and something new.

"We don't mind if people call us jazz or world music, we're just trying to do something we like. We just want to do what we are."

Rhythmic and dynamic, the music is also melodic and somehow happy. "Maybe I'm a positive person," states Ng Cheuk. "As a musician, being positive is important when making a band. It seems that most people in Hong Kong are unhappy," he says, adding wryly that he read this somewhere in some survey. 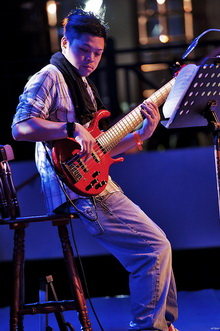 With the band members' ages ranging from mid-20s to early-40s, and with half the musicians traditionally trained and the other half more conversant in western musical idioms, SIU2 represents the meeting point of the old China—before the handover of Hong Kong—and the new, with its more open doors and an insatiable appetite. SIU2 is part of tradition, but the music is more rooted in the here-and-now.

SIU2's music is a positively energetic, sonic portrayal of modern Hong Kong, though it's not without some trace of the blues.

SIU2 started out in 2008, when Ng Cheuk put together what he describes as a fusion band with some Chinese instruments playing "some melodies, some chords, some covers." The band made its debut at the Hong Kong Arts Festival that year and released its debut album, Open Door (Flower Music, 2008) around the same time. Time Out Hong Kong gave the CD four out of five stars, though Ng Cheuk describes the band's sound then as "raw." Shortly after, Ng Cheuk started composing original material for SIU2. He composes all SIU2's music and is also responsible for the arrangements of each instrument.

A composer of chamber and orchestral music, Chinese canto-pop, electronic music, rock, pop and choral music, it's little wonder that Ng Cheuk and SIU2's music is difficult to pigeonhole."My inspiration comes from everywhere," he explains, "but mostly from the city of Hong Kong." 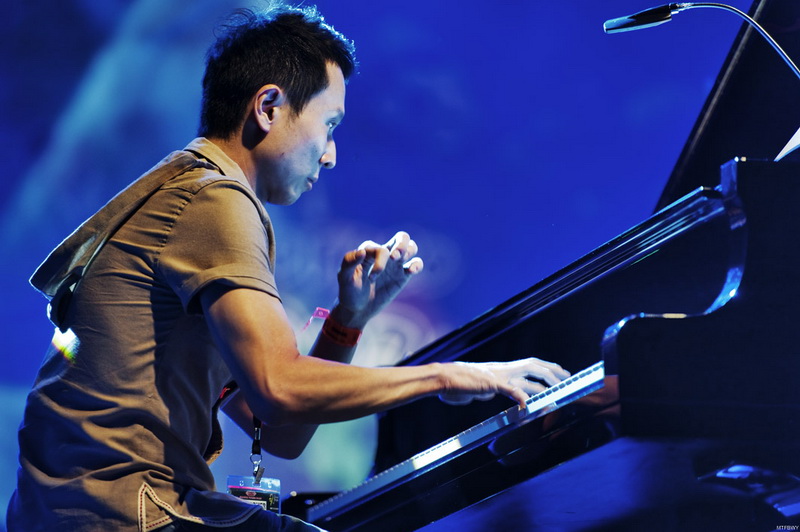 SIU2 are something of a rarity in Hong Kong and seems to be swimming against the tide. "Hong Kong is a very commercial place, and it's very difficult to do something different" says Ng Cheuk. "The radio and TV only play mainstream music. There's just a little bit of jazz in Hong Kong. It's difficult to run a band in Hong Kong."

It's not only jazz that has to fight for breathing space in Hong Kong, as classically trained pianist Peter Fan explains: "Around the world there is dance music, progressive music, house—there are different scenes, but in Hong Kong we don't have such a thing as a scene in any kind of music. It's a very bold statement, but I think the others would agree that there's not such a thing as a scene."

The city is in no way short of trained musicians, however, as Ng Cheuk explains, taking up the thread: "In Hong Kong it's true that every student has to learn an instrument at a very young age. At primary school the students have to have some talent, so they study piano or violin and students are under great pressure to do that. Almost all the children in Hong Kong right now can play a musical instrument." 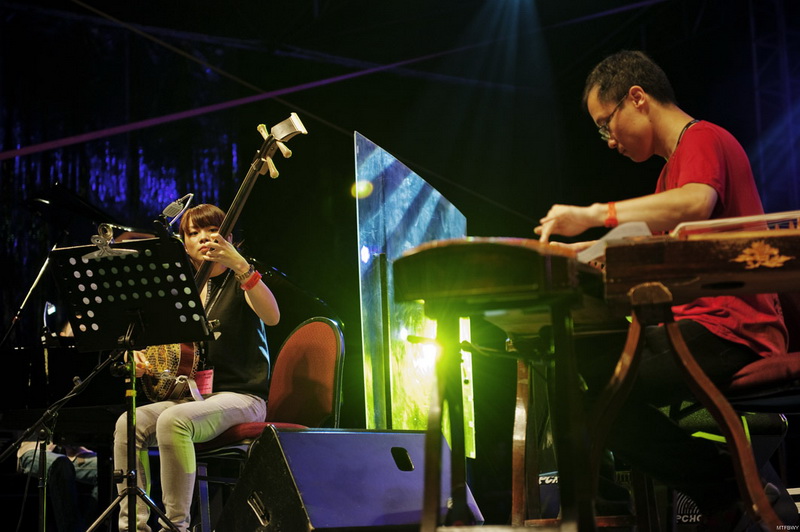 It's an obvious contradiction that there are so many trained musicians in Hong Kong and yet there's apparently no music scene of any kind. "That's what makes it even sadder," laments Peter. "Young people learn to play an instrument but they don't love it, they don't buy CDs and they don't go to concerts. Some even hate it because they were forced to learn it."

The passions of youth in Hong Kong are clearly elswhere, as Jason explains: "In Hong Kong youngsters tend to sing karaoke more than go to live music." For Lam Tin Wai, the main pastime of the city's youth is shopping. Ng Cheuk expands a little: "People are very busy making money and they don't spend a lot of time on cultural things. The music scene in Taiwan is better than Hong Kong because Taiwan has a lot of live venues, a lot of musical festivals and a lot of bands. And I think people are more positive than Hong Kong people."

A band from Taiwan which shares some common traits with SIU2 is Sizhukong, a sextet which fuses traditional Chinese instruments with a western rhythm section to produce a highly melodic, eastern-influenced jazz. "I like what they're doing" says Ng Cheuk, "but we're doing it in a totally different way. Their music is more spacious but our music is tighter, more condensed and more energetic. Maybe it reflects our different cultures." 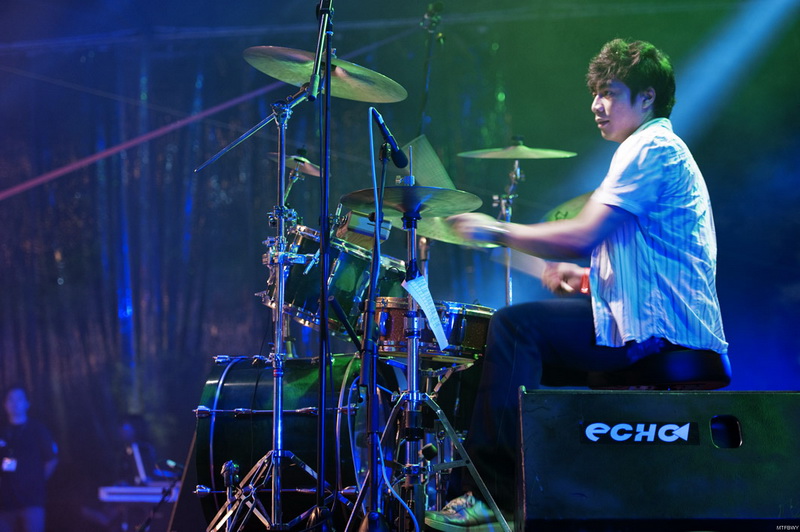 Peter sums it up thus: "Their music is more Zen-like." Certainly, Sizhukong's music stems from more traditional roots, and often takes its inspiration from nature, whereas SIU2's is born of the hustle and bustle of Hong Kong; a panoply of urban sounds translated into melody, rhythm and percussion.

The reaction to SIU2's music in Hong Kong and China, has, according to Ng Cheuk been largely positive, and, he says, "quite exciting." However, it is not easy to get gigs, a familiar story for musicians from every corner of the world."We fight for concerts," Ng Cheuk underlines. "We pray for concerts," he adds, laughing, "and we're working hard on it. We play one or two gigs a week. These are mini-gigs of about an hour. In Hong Kong there aren't a lot of bands, so when people are looking for this kind of music there is no choice," he laughs, "they have to book us."