Siobhan Lamb: The Nightingale And The Rose / Meditations

By CHRIS MOSEY
May 25, 2012
Sign in to view read count
Experiments blending jazz with choral music are few and far between. Perhaps with good reason. Classical composer and flautist Siobhan Lamb and her husband, Gerard Presencer, the English jazz trumpeter, nonetheless accepted the challenge.

Lamb's suite, "Meditations," was premiered at the 2007 London Jazz Festival, where it received rave reviews. The Guardian called it "expansively beautiful." Five years on it has been recorded in Copenhagen, where Presencer now works as trumpet soloist and conductor of the Danish Radio Big Band, and hosts his own radio show on the Danish channel P8 Jazz.

Presencer and Lamb have at the same time also recorded a more ambitious work, The Nightingale and the Rose, based on a short story by Oscar Wilde, which features The Danish Radio Big Band and the Danish National Vocal Ensemble.

Quite a change from the trumpeter's work with Rolling Stones' drummer Charlie Watts and pianist Stan Tracey and backing such artists as singers Ray Charles, Joni Mitchell and Sting in the recording studio. 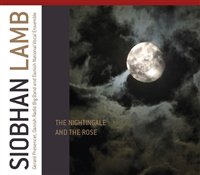 The Nightingale And The Rose

Wilde's story is of a nightingale that sacrifices its life for the sake of love, possibbly the one that in his day dared not speak its name. The theme of the first movement is that "all the secrets of philosophy" can't heal a broken heart.

Presencer kicks it off on solo trumpet. In comes the choir, subtly underpinned by the big band, but with the trumpet always there, weaving sinuously through the various textures created by Lamb.

The tempo picks up in the second movement with the band more to the fore. The lyrics dwell on the contradictions of true love: "What is joy to me is pain to him." Or, as Elvis Presley once sang: "Don't be cruel to a heart that's true."

The mood gets darker in the third movement, the lyrics concerned with blood, thorns that pierce the heart, and a "song that is perfected by death." Per Gade plays what Lamb describes in her sleeve note as a "crazy death solo" on electric guitar. "Bitter, bitter was her pain and wilder, wilder grew her song," chant the choir, as the movement develops into a sort of demented gavotte that is at times reminiscent of Gil Evans' electrical experimentation in his twilight years.

Things calm down for the fourth and last movement, with the story concluding, on a pragmatic note: "What a silly thing love is. I will go back to my books." 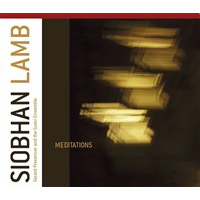 Love is also the theme of Lamb's Meditations, but is given a quieter, more reflective treatment, Presencer now playing with the classical Suoni Ensemble. This time there are five movements. The first, "How Do I Love Thee?," is based on a poem by Elizabeth Barrett Browning, the second on Robert Burns' "My Love Is Like A Red, Red Rose." Both are pleasantly lyrical and appropriately meditative.

However, things gang awry with "My Bonnie Lies Over The Ocean." This is sung by the children's choir of St William of York Church in Forest Hill, London, and was presumably prerecorded and spliced in later in Copenhagen. The song is used initially to good effect but is repeated ad nauseam, becoming tedious in extremis.

Lamb's fourth meditation is based on the Emily Dickinson poem "Hope" ("the thing with feathers that perches in the soul.") There's a "churchy" feel to it, with Presencer meshing perfectly with the Ensemble and the choir.

Finally, there's "Peace," in which Lamb uses wordless vocals to extremely good effect, bringing to mind Duke Ellington's experiments in this sphere with such numbers as "Creole Love Call." Presencer soars majestically above it all.

It's all a bit self-consciously art with a capital A, but well worth persevering with.

The Nightingale And The Rose

Tracks: How Do I Love Thee?; My Love Is Like A Red, Red Rose; My Bonnie; Hope; Peace.