By GLENN ASTARITA
October 7, 2009
Sign in to view read count 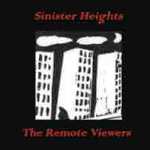 Reedmen David Petts and Adrian Northover form the crux of The Remote Viewers, a band that gained notoriety via several albums for the largely avant-garde and progressive jazz-based Leo Records. But this double CD release marks the duo's third release as an Indie record label entity. Here, they employ several instrumentalists, including British free-jazz denizens, bassist John Edwards and drummer Steve Noble among others, who span diverse backgrounds such as house music synthesist Darren Tate.

Petts and Northover pose many persuasive propositions, spawned by their familiar woodwind charts, often constructed upon extended note choruses, teeming with counterpoint and odd-metered phrasings. They also impart a layered schema while delving into a neo=Miles Davis Bitches Brew (Columbia, 1969) groove during the acoustic-electric maneuvers featured on "Souls and Cities." Variety serves as an underlying framework for the band, where Dave Tucker's funkified wah-wah guitar licks and buoyant drum programming on "Fire Rhythm," anchor the saxophonists' piercing, free-form lines.

The musicians delve into circular motifs and avant spins on Afro-Jazz-Pop settings, while executing regimented and off kilter storylines amid inquisitive moments during "Spring Flood." In other regions of sound, they generate ethereal electronics noise-shaping panoramas with chamber-esque strings and improvisational metrics. Then, on "The Crowd Accuses," the band exhorts a lighthearted and choreographed sax arrangement, spiked by punchy accents and a sense of urgency. It's a divergent set that projects numerous insights into the ever-expanding realm of jazz, in all its multicolored inferences and flavors.

CD1: Time Flats: Souls and Cities; Joe Narcissus and The Girl; Sinister Heights; Fire Rhythm; Terminal City; Villages Drowned By the Sea; Vixenville; An Absence of Windows; Black Thoughts in a Black Mood. CD2: Mirror Meanings: Spring Flood; Personal Hour; No More Adventures, No More Perfect Moments; The Crowd Accuses; Headstone in Love; The Land Of The Blind; And Then The Moors Came; The Faint Green of Ice (for 6 soprano saxes); Between Certainties.