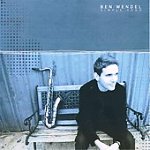 Reedman Ben Wendel plays music that sings in different idioms. He has collaborated with the renowned conductor, Kent Nagano in a series of concerts in Germany, and has toured with Cuban drummer, Ignacio Berroa, electronica artist, Daedelus and rapper, Snoop Dog. He is also founding member of the indefinable band, Kneebody, which has been described as imparting an epic trans-generational gravity. On Simple Song, which is anything but simple in its approach to the idiom of jazz, Wendel sweeps across a sonic landscape with invention that manfully picks up where giants like John Coltrane left off and flies into musical territory with such daring that it would appear he is some sort of harmonic avatar of the great one himself.

Not only that, Wendel also brings to this recording the gravity of the bassoon—hitherto, defined only by Michael Rabinowitz's solo on Charles Mingus' posthumous masterpiece, Epitaph (Columbia, 1990)—and the quirkiness of the melodica—spectacularly individualistic at the hands of Jovino Santos Neto and Hermeto Pascoal. He has thus been able to create a tonal palette of seemingly epic proportions as he pushes his reeds on an endless, dancing journey.

At first blush, Simple Song would appear to be another modal expedition. But upon in-depth listening, this is much more than a defiant harmonic flight that is so intense at times—as on "Breath" and "No Thank You Mr. West"—that it sounds as if Wendel and his pianists are playing mere scales. But there are hidden motifs in the tenor and soprano ululations in the myriad quarter notes that make up some of the melodic invention which—often played against the pedal point of Darek Oleszkeiwicz's bass—create dramatic counterpoint, as Wood rumbles on the tom-toms, punctuated by the occasional deep-diving bombs on the bass drum.

Most of the music on this recording is dramatic, and appears to be strictly programmatic in its orientation; but this is, again, a deceptive appearance, or else the composer frees his instruments from time to time, especially the piano, to explore a melodic motifm as Taylor Eigsti does on "Simple Song" or run down and stretching a harmonic cluster—as Tigran Hamasyan does with supreme skill on both "No Thank You Mr. West" and on Coltrane's enduring "Lonnie's Lament." Then there are the sketches of folks that may have crisscrossed paths with Wendel—"Maupin" and "Ralph." The former substitutes Bennie Maupin's preferred instrument with the bassoon and spins the sketch into a stellar, rarified territory. Billy Strayhorn's "A Flower is a Lovesome Thing" is truly spectacular as Wendel achieves the near impossible task of replicating Duke Ellington's orchestrations of multiple instruments with saxophones and the ubiquitous bassoon.

There appears to be no boundary too sacred for Wendel. He crashes through hitherto impenetrable barriers with his various horns and he emerges, at least on this musical expedition, in a universe composed of tones and textures beyond even the wildest imagination. From this side of the horizon, the music is unforgettable.

Breath; Simple Song; Not Yet; Chorale; No Thank You Mr. West; Lonnie's Lament; Maupin; Ralph; A Flower is a Lovesome Thing; Trust Fall; She Never Had.